5 Best Penny Stocks To Buy Now According To Insiders

At some point, you’ve been introduced to penny stocks. Whether it was by a “buddy” with a “hot tip” or you saw something on a movie, you’ve been excited by something relating to these cheap stocks. Most likely that “something” is the potential for making a huge or quick windfall in the stock market. But what are the best penny stocks to buy now and how can you find them?

Think about it, where else can you invest money into a company for a small sum with an opportunity to see that double or more in less than a year. We saw exactly this happen in 2020. Aside from the coronavirus vaccine companies that exploded 1000’s of percentage points this year, there were many others that far outpaced the market. Even this month we saw several penny stocks jump 500% or more within a single day.

Just to give you an idea of what that means in dollars, let’s give a quick example. This isn’t an arbitrary example either. Last week Greenwich LifeSciences came out with big headlines on a breast cancer treatment. Keeping in mind the stock IPOd at $5, many might’ve expected a penny stock headline to trigger a small, profitable move. However, for GLSI stock, the price ran as high as $158.07.

That means even $100 invested into that stock when it was a higher-priced penny stock could’ve been worth over $3,000 in less than a week’s time. Obviously, you can do the math on other amounts but I think you can start getting the picture of how profitable penny stocks might become with the right company.

Penny Stocks To Buy Now According To Insiders

Herein lies the strategy: finding good penny stocks to buy. Some traders may solely rely on technical indicators for their trading signal. Others may look to gain a fundamental understanding of a company. Still, others utilize a blended approach to finding the best penny stocks to buy. If you’re looking for important fundamentals on penny stocks, one of the “go-tos” for some is insider buying. With that, let’s take a look at 5 penny stocks insiders are buying right now

Adaptimmune Therapeutics (NASDAQ:ADAP) might seem familiar to our readers. This was a company we discussed earlier in the year before it ended up leaving penny stock prices behind in June. The company has worked on developing its novel treatment pipeline with a more recent focus on different cancer treatments. Specifically, Adaptimmune has canadidates utilizing T-cell therapies to addres things like synovial sarcoma, lung, head and neck, bladder, and gastroesophageal cancers.

Who thinks ADAP is one of the best penny stocks to buy now? This month, top brass began scooping up shares. If you look at the Form 4s filed in December, you’ll see both the CFO, Gavin Wood, and COO William Bertrand participated in buying. Since the date of these insider buys was recorded (December 14th), ADAP stock has climbed 15%

Another one of the penny stocks to buy now according to insiders is Elys Game Technology Corp. (NASDAQ:ELYS). More than just a handful of Form 4s were filed this month showing a significant level of insider and 10% owner buying going on. Between as early as December 3rd and as recent as the 16th, the company’s CEO, VP of Technology, & 10% owner, Gold Street Capital Corp. picked up 100s of thousands of shares. CEO Michele Ciavarella and Gold Street accounted for the bulk of those purchases.

With digital gaming and online betting becoming a big focus for some in 2020, ELYS stock has become a standout. Starting things off this month, Elys announced strong third-quarter growth. Specifically, the company reported a 44% jump in revenue to $9.7 million. It also saw growth in web-based gaming turnover at more than 150%. What’s more is that aside from gaming, the company is seeking its first U.S. sports betting license in Washington DC. This could be something to monitor heading into 2021 especially since there’s a new, incoming CEO starting in January, Matteo Monteverdi.

Mustang Bio Inc. (NASDAQ:MBIO) didn’t experience as many insider trades as Elys. However, the most recent purchase from Director, Lindsay Rosenwald shows a sizable interest being made in the company’s stock. How big of an interest? On December 14th, Rosenwald purchased 100,000 shares of MBIO stock at an average price of $2.66. This brought her total, direct holdings to 200,423; nearly doubling her position size. The last time there was insider trading reported in the stock was back in late-August. A few weeks later, MBIO stock rallied from around $3.15 to highs of $4.03 just as Mustang was set to deliver several industry presentations.

This time around, there don’t appear to be any upcoming conferences. However, the purchase did come 1 week after the company announced interim Phase 1/2 data for its MB-106 non-Hodgkin lymphoma treatment. There was an 89% overall response rate and a 44% complete response rate in patients treated with a modified cell manufacturing process. What’s more is that also following this news, analysts at B. Riley boosted their price target by 44% to $13. The firm also maintains a Buy on the stock. While the last few weeks have been rough on the penny stock despite those data, since Rosenwald’s purchase, MBIO stock has climbed 19% so far.

Why might insiders find Onconova (NASDAQ:ONTX) one of the penny stocks to buy now? It could have something to do with the company’s November filing for an Investigational New Drug application for its ON 123300 cancer drug. This was filed with the FDA and seeks to gain permission to start Phase 1 trials in patients with breast cancer. With the company’s expectations of beginning in the first half of 2021, timing is important especially at year-end. There are already trials going on in China with Phase 1 enrollment going on right now. The company’s goal with this US trial is to complement the ongoing Phase 1 dose-escalation study underway in China by its partner HanX Biopharmaceuticals.

Who’s considering ONTX one of the penny stocks to buy now? The most recent purchase comes from SVP of Corporate Development & General Counsel, Abraham Oler. He purchased 30,000 shares at an average price of $0.32 on December 11th. This complemented a string of insider buying toward the end of November as well. Oler, along with the company’s CFO, CEO, and one of its directors collectively purchased over 100,000 shares of ONTX stock.

Finally, AIM ImmunoTech Inc. (NYSEAMERICAN:AIM) has seen a few Form 4s filed this month. However, the most recent is the first evidence of insider buying in the penny stock. On December 17th, CEO, Thomas Equels picked up 14,535 shares at an average price of $1.72. This brought his total, directly held position to just under 200,000 shares. While this was seen as a vote of confidence in the stock this week, Friday’s session was a bit more mixed. Shares of AIM stock traded relatively sideways during the morning session, posting a modest 3% gain.

One of the things that has kept AIM on the list for investors is its COVID-19 treatment candidate. Right now the company is dosing patients with its Ampligen treatment in combination with interferon alpha-2b. The study is observing the potential of this comination in treating patients with cancer and mild-to-moderate COVID-19.

“AIM believes there is an equally critical health need to develop an early-onset treatment for people already infected with the disease. We greatly appreciate the leadership of Dr. Brahm Segal and Dr. Pawel Kalinski, as well as the tremendous efforts of the entire team at Roswell Park. We look forward to providing further updates as this critical trial progresses,” said CEO Thomas Equels in a November press release. 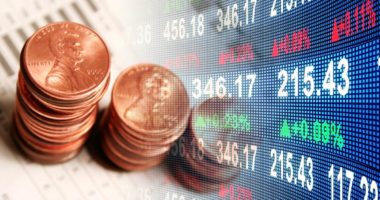 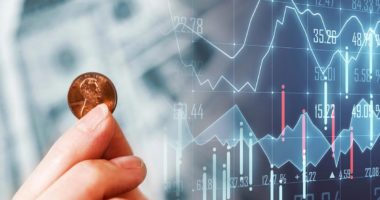 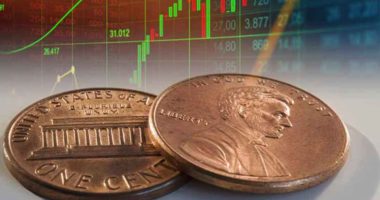 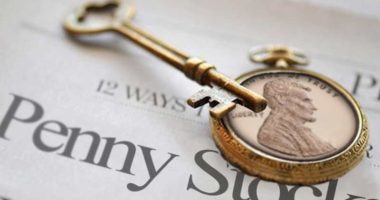