Everyone looks for good penny stocks to buy. But really, what is a good penny stock to buy in the first place; what is the criterion? The fact is, that this is easier said than done, of course, and there are plenty of factors to take into consideration. As we turn the corner to the end of December, investors continue to stay focused on these cheap stocks due to some big moves being made by several small caps.

This week alone we saw some of the biggest breakouts from some of the smallest stocks. There was the WNW IPO that soared from $5 to over $160. We also saw YGMZ shares move up from around $4 to highs of $18.84. Not as “amazing” as WNW but who’s arguing with a 371% move? However, it’s not all rainbows and unicorns all of the time. Investors should also note that there’s potential for big losses as well.

One thing to keep in mind is that because they are so volatile, penny stocks can make big moves during intraday trading. A “good penny stock to buy today” might not be the best to buy “tomorrow”. Traders should always follow things like the volume of a given penny stock in order to make sure liquidity is high enough to sell when the time comes. While every investor is different, there are plenty of options when it comes to finding good penny stock to buy. Just do me a favor and keep the timeframe in mind.

Once you know your trading goals & timeline, making a list of penny stocks can be easy. With all of this in mind, let’s take a look at four penny stocks that you might want to add to your watchlist.

Phunware Inc. (PHUN Stock Report) is one of the biggest gainers already on Thursday. During the trading day, shares of PHUN stock shot up by as much as 26%. For some context, Phunware works as a cloud platform for mobile companies looking to utilize data and services for the monetization of their products. This is known as multiscreen-as-a-service or MaaS.

The company has several products that it offers, which could make it a focus for anyone interested in tech stocks today. This includes software development kits, content management, advertising, loyalty programs, and more. In addition, Phunware supports applications produced for both Android and iPhone. Recently, the company stated that its platform has as many as one billion devices on it per month. This is an incredibly large number and shows just how much pull Phunware has in the tech industry.

Last month, the company reported its Q3 2020 financial results for the period ending on September 30th. Among other positive results, the company reported a 40% sequential growth in its net revenue to around $3.1 million. Alan Knitowski, CEO of the company, stated that “our solid financial results for the third quarter of 2020 exceeded our upwardly revised financial guidance, highlighted by more than 40% sequential increase in net revenues. Perhaps even more encouraging is our expanded gross margin that exceeded 71%.”

Onconova Therapeutics Inc. (ONTX Stock Report) is a biopharmaceutical company developing several new and groundbreaking drugs to treat cancer. The company has several candidates in its pipeline that are currently being studied. In China, Onconova stated that its drug ON 123300 is in a Phase 1 trial to treat rare types of cancer. In addition, the company is currently in a trial in the U.S. to see if its drug rigosertib in combination with nivolumab, can treat patients with Covid-19. Because it is working in the covid sector, the company has seen a greater amount of popularity in the past few months.

In November, Onconova reported its third quarter financial results along with a general business update. In the report, the company stated that it is working on several studies utilizing its novel therapies. Steven Fruchtman, CEO of the company, stated that “during the third quarter, our product pipeline advanced while we pursued various licensing opportunities. We are particularly pleased that ON 123300, our proprietary, differentiated, first-in-class multi-kinase inhibitor, entered the clinic with HanX Biopharmaceuticals, our partner in China.”

In addition to this, the company stated that it ended the quarter with around $24.2 million in cash. This is around $1.5 million more than it had at the end of 2019. In addition, the company states that it brought in a net loss of around $6.2 million. While this may seem like a lot, it makes sense given the intense research that the company is working on. One thing to keep in mind is that Onconova may work to find more funding for its research in the near future.

Aethlon Medical Inc. (AEMD Stock Report) another biotech company working in the covid related industry. The company’s lead product known as the Hemopurifier, is a clinical-stage device used to fight cancer and viral diseases. The FDA has designated this device as being a “breakthrough device” which is quite a big deal. Currently, the FDA designates under the Investigational Device Exemption or IDE.

This allows the device to be used in clinical treatments. Recently, the company stated that it is working on treating Covid-19 infections. It is doing this with up to 40 patients that will be studied at 20 clinical sites around the country. On December 16th, the company announced that it has treated its first patient in the Early Feasibility Study of the Hemopurifier.

Charles Fisher, CEO of Aethlon stated that “by reducing the presence of immune-suppressive exosomes from the circulatory system of head and neck cancer patients…we believe the Hemopurifier could have the potential to improve patient outcomes in this disease.”

On December 16th, shares of AEMD stock shot up by around 40% or so after the FDA announced an amendment for allowing the use of the Hemopurifier to treat those with Covid-19. In the past month, shares of AEMD stock are up by over 50%. Because it is working in the covid treatment industry, AEMD stock can be quite volatile in its intraday trading. But, with its breakthrough treatments currently being studied, this could be one of the hot penny stocks to watch before the weekend.

Entasis Therapeutics Holdings Inc. (ETTX Stock Report)  is another decent gainer, recording a roughly 12% move during trading on Thursday. The clinical-stage biopharmaceutical company focuses on antibacterial products. Within its pipeline are a wide range of drugs including sulbactam-durlobactam, zoliflodacin, and others.

These drugs are in use for the treatment of rare types of bacterial infections. Last month, Entasis announced its third-quarter results for the period ending on September 30th. In the results, the company posted a net loss of around $11.5 million. Despite this, it still ended the quarter with roughly $61 million in cash and cash equivalents.

As stated earlier, big losses like these are common amongst biotech penny stocks and biopharmaceutical penny stocks. This is because a great deal of revenue is spent on research and development of new products. And until a drug is legalized for commercial use, revenue may remain slightly stagnant.

With this in mind, the company is currently in several Phase 3 studies for its drugs. This includes SUL-DUR which was mentioned above. This substance is in several trials across 17 countries around the world. While it may take some time to get the final results, this is definitely a promising sign for Entasis Therapeutics. Whether or not this makes it a penny stock to watch remains up to investors to decide. 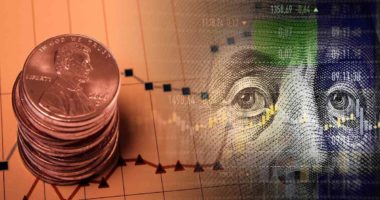 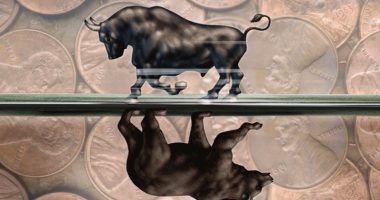 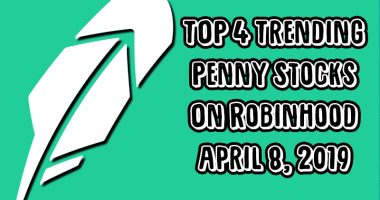 Penny stocks are lower priced, higher volatility stocks but that isn’t all… 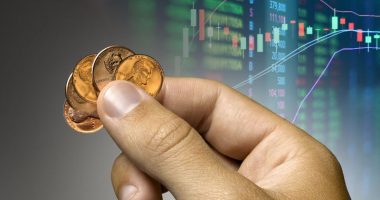 Penny stocks move extremely fast. So chances are you might miss a…