Are These Penny Stocks To Buy Or Sell Before June 2020?

3 Penny Stocks Turning Heads Right Now But Are They A Buy?

No matter how you cut it, penny stocks are some of the most volatile and actively traded equities you will come across in the stock market today. We’ve clearly seen how, in any given day, these cheap shares can explode within the blink of an eye. But just as quickly as they break out, they can also crumble.

Companies that are considered “penny stocks” are usually trading at these prices for a reason. Some are start-up stage companies and it’s understandable that they may be considered “lower-value” companies. But then you also have companies that are well-known and run into hard times. Look at the latest slew of penny stocks that were once leading companies. Hertz (HTZ Stock Report), J.C. Penney (JCPNQ), Pier 1 Imports (PIRRQ), and possibly others are all going through bankruptcy proceedings.

Here’s the thing, companies go public to raise money through selling shares of ownership. Knowing this, dillution risk and, of course business risk (i.e. bankruptcy) are very real things to take into consideration. So, while we have covered stocks that rallied hundreds of percentage point, come to grips with the likelihood that not everything goes up forever in a straight line and no one ever went broke by not taking profit.

The fact of the matter is that you’re probably trading penny stocks because you want to make money with them. So why hold onto all or most of your position when we’ve seen plenty of examples of stocks the run-up, announce a discounted offering, and then plummet when the news breaks. It’s no mystery that companies raise money so have a strategy in mind that allows you to take advantage of short term breakouts and potential for longer-term moves (if they happen).

One of the ways people make money with penny stocks is through a tiered trading strategy. Essentially, traders have a target amount of money they want to plan on spending for a trade. Let’s assume $1,000 is that amount. A tiered approach would see that trader start out with a small portion of that sum to take a “starting position”.

If the trade ends up working in his or her favor, then at a certain point, the trader would take a larger piece of the remaining balance and invest it into the trade at a higher price. If or when that stock continues higher, the trader may sell a portion of the position leaving him with an option to either buy more with the smallest amount left to spend or ride out the trade, continuing to sell along the way.

It may be confusing at first but one trader has nailed this strategy and explains it along with 4 other strategies for becoming a more profitable trader. The theory behind it is that a trader scales into the position as opposed to buying all-in at one price. What this allows him or her to do is cut bait on losing trades quick with minimal monetary loss, while taking advantage of longer-term swings if the trade keeps going up.

Practicing this strategy with a paper trading platform like ones available on WeBull, for example, can help you practice this strategy and hone your skills. With all of this in mind, let’s take a look at some companies turning heads this week. Will they be on your list of penny stocks to buy or sell right now?

Heat Biologics Inc. (HTBX Stock Report) has been a big mover recently. Wednesday saw its market get wild. While the stock continued a multi-week trend and reached a high of $1.16 early on, HTBX stock flushed big or “sold off” during the rest of the May 28 session. What happened? It’s an interesting scenario in such a case where a company releases news like Heat did and shares drop. The company announced that it is collaborating with Waisman Biomanufacturing. The goal is to establish a partnership for the manufacture of Heat’s COVID-19 vaccine.

Regardless of the sell-off, HTBX stock is back on the move once again. It has nearly reclaimed all of what it lost on Wednesday. It would appear that further attention is being placed on the latest Tweet. The message wasn’t directly applicable to the company by name. But it did emphasize the severity of COVID and how it might apply to Heat Biologics.

The tweet read: The fatality rate for people over 80 from #COVID19 is almost 15%, according to data from China. That’s why we’re developing a #vaccine candidate targeted at helping seniors. Read more from the @wef on how COVID-19 affects the #elderly,” with a link to the World Economic Forum’s website.

Earlier this week we discussed the company following the US Patent website’s reveal of Heat Biologics winning a U.S. patent. The title of this patent is “Compositions and methods for adjoining type I and type II extracellular domains as heterologous chimeric proteins”. It provides for compositions and methods that are useful for cancer immunotherapy. We first followed HTBX as it had just closed out its week at $0.33. Since then, it has rallied as high as $1.25 in March and now back to $1.16 this month. Can it continue into June?

Shares of Hexindai Inc. (HX Stock Report) gapped up on Thursday. While shares traded relatively flat for most of the session, some may think that as a possitive. Many times we see penny stocks break out, trade higher, gap up at the open, then completely fall apart later in the day. In the case of HX stock, shares jumped between an intraday channel of $1.69 and $1.30 for the most part. The stock dipped to $1.16 for a brief period before closing above $1.30 on more than 122 million shares. Considering that HX stock usually trades less than 50,000 shares a day, you could say May 28th set some records.

Why did Hexindai stock trade so much? As one of the most active penny stocks in the market, it’s a good question to ask. But let’s also understand what the company does. The reason being is that this volume could bring attention to the ticker so we might want to know what kind of company this is first. Simply put, the company facilitates loans to meet the increasing consumption needs of underserved prime borrowers in China.

This week, the company launched a social eCommerce platform called Xiaobai Maimai. The membership-based social platform is mobile ready and offers products. But the interesting part is the company explained Xiaobai Maimai as a platform that deploys a membership rating system that rewards users with a commission for every purchase, share or recommendation of products made to friends.

While it doesn’t appear to be “on brand” regarding anything to do with lending business, the company seemed excited and so did traders on Thursday. “Xiaobai Maimai will position us to further drive the transformation of our business and support sustainable growth going forward,” said Xiaobo An, Founder, Chairman, and CEO. However, will it be enough to see the momentum continue into June? Shares dipped after hours to $1.16.

Finally, AIM ImmunoTech (AIM Stock Report) saw its shares take off late in the trading session on Thursday. AIM stock traded flat for most of the day until around 2:30PM EST. That’s when the stock broke aggressively out of its $2.26 to $2.36 channel to well-above $2.50. There was no news released to suggest such a rampant jump. The momentum continued into the close so what triggered such a move?

Again, no news, no filings so what gives? AIM stock has been one of the infamous coronavirus stocks to watch in 2020. At the beginning of the year, AIM stock started the year at $0.57. It quickly rallied to highs of over $7 by early March but you can see what happened after that based on the current price. While shares dipped from the high, AIM stock has seen interim breakouts to highs of $3.45 on multiple occasions during the months to follow. Is this a relatively strong level of support?

A look at the chart will show that it might be. On 3 separate occasions, AIM tested $3.45-$3.47. Only once has it been able to push above this level and was unsuccessful in staying there. Without any apparent news catalyst or filings, can whatever momentum in the stock market today continue into next month? In its last update, AIM ImmunoTech announced that the U.S. FDA authorized the first human trial assessing the safety and effectiveness of the company’s lead asset, Ampligen (rintatolimod). This would be in combination with interferon alfa-2b, in cancer patients with COVID-19. 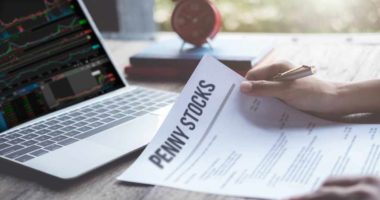 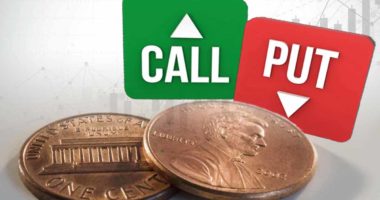 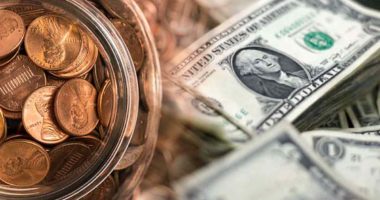 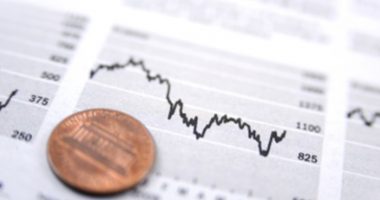