Making A List Of Penny Stocks To Buy? 5 Stocks Under $4 To Watch Now

Are Any Of These On Your List Of Penny Stocks To Buy Right Now?

It’s the start of a short week and there are plenty of penny stocks to watch right now. With electric vehicle stocks surging late last week, we’ve seen a rebirth of interest in alternative energy-related names. They might be solar power stocks, hydrogen fuel cell stocks, or even lithium mining stocks. You name it, energy is on the radar in November. But will that remain the case during the short Thanksgiving week?

While nobody has a crystal ball, we can see that there will be certain economic data to pay attention to early on. Then, we’ve also got the lead up to things like Black Friday and Cyber Monday to think about. The U.S. releases data on consumer confidence this Tuesday. Wednesday will see data on personal spending , which is expected to point to a slowdown in October. Furthermore, third quarter GDP is expected to be unrevised.

We’ll also see into the current trade balance, as well as new home sales and durable goods order data. Then, ahead of Thanksgiving in the US, consumer sentiment will likely be eyed especially considering the major retail days to follow.

Furthermore, this week the Federal Reserve will publish the minutes from its last meeting. One of the things in the spotlight will be any major changes or edits to the current state of the Fed’s asset purchase program. Against the backdrop of higher coronavirus cases and social distancing measures across the country, the short week could be packed with volatility. With that, there’s a good chance we see a stronger focus on small cap stocks, in general.

In light of this, stocks under $5 are the typical go-to. If you’re trading penny stocks this week, it’s also important to remember that these cheap shares can fluctuate rapidly. As we saw last week, certain sector momentum can give a boost in a big way. Myriad electric vehicle and EV-related stocks were sent soaring; many graduating from sub-$5 levels. Will we see that again this week in other areas of the stock market?

Penny Stocks To Buy [or sell]

Shares of SM Energy could be on the list of penny stocks to watch in light of a stronger focus on energy stocks. The company is one of the epicenter stocks we’ve discussed recently thanks to its move in the market. SM Energy is a crude oil, natural gas, and NGLs company. In November the company validated its borrowing base as well as announced an agreement for South Texas well completions.

[Read More] Are These On Your List Of Penny Stocks To Buy Next Week? 3 To Know

Analysts have also grown more bullish on the company recently. Stifel analysts upgraded SM to a Buy and announced a $5 price target. While this nearly 40% higher than the current trading levels, MKM Partners has gone a bit further in its target. The firm maintains a Buy but boosted its target to $7 earlier this month.

While SM isn’t one of the alternative energy stocks, natural gas has been gaining some interest among traders. Prices recovered on Friday heading into the weekend after a beat down last Thursday. Some traders are expecting a colder winter, which could be a boon to natural gas prices. In addition to the sector itself, EVP and Chief Financial Officer Wade Pursell will present at the Bank of America Securities 2020 Leveraged Finance Virtual Conference next week. Assuming analysts remain bullish on natural gas, SM stock could be one to watch.

It’s been some time since the Federal National Mortgage Association has been discussed. That’s really because the stock itself has been relatively stagnant for the last few months. However, new analyst coverage and fresh headlines have put FMNA stock on the watch list heading into Thanksgiving week.

Earlier this month Wolfe Research initiated coverage on FNMA. The firm gave it an Outperform rating. While it didn’t include a formal price target, it was a welcome sight for some. Prior to this, FNMA was on the receiving end of bearish sentiment from the likes of Odeon Capital Group and Wedbush. Last week was one of the best weeks of the month for the penny stock. It started the week at $1.87 and by Friday, reached highs of $2.41. What’s also important to note is Friday’s volume was some of the highest since May and came on the heels of big news. The federal regulator overseeing Fannie Mae and Freddie Mac looks to speed up the exit from 12 years of government control.

This has been a constant battle over the years. But has yet to reach a formal deal with Treasury Secretary Steven Mnuchin, according to people familiar with the matter. Mark Calabria, who heads the Federal Housing Finance Agency, has focused on returning Fannie and Freddie to private hands. It’s also a goal shared by Mnuchin. However, with such a complicated landscape and a potential transition of a new President, timing has come into focus. Needless to say, optimism on a positive outcome has begun to drive momentum. Will Friday’s action continue into the week ahead?

One of the stocks under $1 to watch this week is Aeterna Zentaris Inc. The company’s stock saw a big boost last Friday, trading some of its highest volume in months. While there wasn’t an update to pair with Friday’s move, we can see some recent news that has become a point of focus recently.

Last Monday the company announced that, through a wholly-owned subsidiary, it has entered into an amendment of its existing license agreement with Novo Nordisk Biopharm Limited. This was related to the development and commercialization of macimorelin, Aeterna’s oral test indicated for the diagnosis of adult growth hormone deficiency. The company is also developing it for the diagnosis of childhood-onset growth hormone deficiency. It’s the latter which Novo Nordisk is currently marketing macimorelin in the U.S., under the tradename Macrilen.

This amendment Novo Nordisk agreed to make an immediate upfront payment to Aeterna of €5 million. This accelerated and replaced the U.S.$5 million later stage regulatory approval milestone. Dr. Klaus Paulini, Chief Executive Officer of Aeterna Zentaris said, “The Amendment of the License Agreement with Novo Nordisk puts a significant emphasis on the importance of our pediatric co-development of macimorelin and Novo Nordisk’s commitment to the continued commercialization and expansion of macimorelin. The Amendment lowers not only our financial obligation for conducting Study P02, but also provides us with the benefit of an upfront non-dilutive payment of €5 million.”

Fuel Tech Inc. caught its own surge late in the week last week. The company focuses on technologies for air pollution control, process optimization, water treatment, and advanced engineering services. You could categorize this in the ESG stocks list. When we talk about “ESG stocks” we’re talking about companies focused on affecting a positive impact on areas of “Environmental, Social, and Governance.” The idea behind this segment supports companies that leave a positive impact on those specific areas of interest.

With stocks like FuelCell Energy (FCEL Stock Report) and Plug Power (PLUG Stock Report) recently taking off, sympathy momentum has triggered a boost in lower-priced names. Aside from this, Fuel Tech is also coming off of a very strong earnings beat this month. The company reported earnings per share of $0.09. Wall Street estimates expected a 5 cent loss per share. In addition, its $8.2 million in sales for the quarter beat estimates of $6.25 million for the quarter. Furthermore, CEO Vincent Arnone appeared optimistic about progress heading into the new year.

“The commercial programs represented by these three new units will generate revenue when the units are dispatched to produce power in their geographic area. If these units are operational and utilizing the technology on a continual basis throughout the year, we would expect to see revenues of $500,000 to $750,000 per unit which would be welcome upside for 2021,” explained Arnone on the Q3 earnings call.

Senmiao Technology Limited is one of the few electric vehicle penny stocks left trading below $5 right now. The company reported less than optimal earnings results, which didn’t necessarily trigger a sell-off. Both EPS and sales were down from the same quarter last year. However, it wasn’t a vote of confidence either.

Shares of AIHS stock have traded sideways for the last few weeks. Though it saw several consecutive days of increasing trading volume toward the end of last week. This could have been aided by management’s comments and outlook moving forward in Senmiao’s business update.

“In recent weeks, we have strengthened this value proposition through cooperation with BYD to offer electric vehicles with financing and leasing options to drivers in our core markets; and a collaboration with Luxingtong for the provision of a wide array of telematics and safety solutions for our drivers. In addition, we recently launched our own ride-hailing platform in Chengdu and have seen the number of riders utilizing the service accelerating daily as we build greater brand recognition.”

With attention still on electric vehicle stocks late last week. it could be one to keep on watch heading into Thanksgiving week. 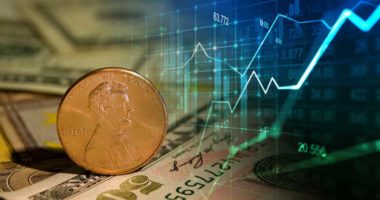 Penny Stocks On The Rise Today; Are These 3 On Your List? 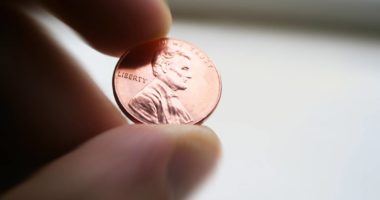 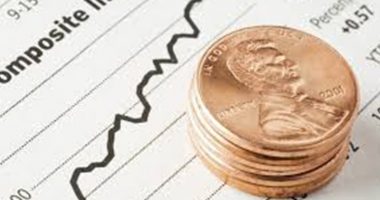 On May 23, there were a few penny stocks that had gapped… 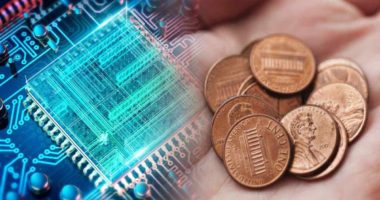 Which tech penny stocks are on your watchlist right now?