Are These Pandemic Penny Stocks On Your Weekly Watch List?

Penny stocks remain in firm focus this week and investors continue to seek volatility. The broader markets reached record closing levels on Friday even as coronavirus cases hit news highs themselves. Despite countries being mostly open with loosened social distancing enforcement, the number of people contracting the virus is greater now than ever before. So, this begs the question: is this the calm before the storm again?

Over the weekend we saw the U.S. case figures surpass 11 million with the global tally climbing above 54 million so far. More than 246,000 have died in the U.S. or about 18% of total deaths across the globe as of Sunday. These figures are according to data compiled by Johns Hopkins. This surge has some speculating on what might happen next. Will we see another repeat of March or will there be a hybrid model utilized this time? If you recall, earlier this year not only did the markets take a hit, so did the economy. But while the economy hasn’t recovered to the same extent as the stock market, things are still fragile.

What Does This Mean For Penny Stocks?

Some states like New York are even mandating family gatherings as well. Bars and restaurants with a liquor license will have to close by 10 p.m. and indoor gatherings at private homes will be limited to no more than 10 people under new statewide rules. Meanwhile, in states without formal mandates, they are suggesting that people “stay home as much as possible” during the next few weeks.

I’m not sure this will become a repeat of March. However, it is a warning shot to some. With this, we may see additional volatility with the market whipsawing more than establishing a clearer trend in one direction or another. Keeping this in ming, heading into the week, coronavirus will likely be a topic of hot debate. So which stocks might be ones to watch? Thinking back to early COVID days, tech, biotech, and some consumer discretionary stocks were in the spotlight. Will that be the case once again?

GT Biopharma Inc. (GTBP Stock Report) doesn’t fall into the coronavirus stock category but it does have more relevancy in the discussion about biotech penny stocks. The company specializes in targeted treatment for cancers. Its TriKE platform is a combination protein that bridges an immune cell and a tumor cell to drive tumor cell killing power exponentially. It has led to new first-in-human phase studies to treat leukemia. What’s more is that TriKE™ has been evaluated in ovarian, breast, prostate, pancreatic ductal adenocarcinoma, and lung cancer models.

GTBP Stock: What To Watch

With the goal of becoming a true “off the shelf” option for cancer, the initial target for its lead candidate, GTB-3550 is in acute myeloid leukemia. Interim data from its current Phase I/II trial was recently chosen for presentation at the upcoming ASH conference in December. What’s also important to note is that early information was released this month. Here’s what was revealed in the online ASH meeting program:

Based on details from the info these data were based on 4 patients. This includes 2 dosed at 5mcg/kg/day and 2 at 10mcg/kg/day. It didn’t seem to include the newer information released by the company in late September on its Dose Level 3 at 25mcg. If you missed that update, GT Biopharma showed a favorable response in the dose as well. Given the case that “higher dose levels will determine” if this leads to clinical efficacy or not, a higher 25mcg/kg/day dose level 3 already showed a positive result (so far). What could this mean for GT Biopharma’s GTB-3550? In light of this, GTBP stock has managed to bounce back over 18% late last week.

Houghton Mifflin Harcourt Company (HMHC Stock Report) could be another one of the penny stocks to watch this week. The company specializes in education technology and eLearning. With the onset of new potential lockdown and distancing measures, these types of companies could be back in the spotlight. It looks like traders have begun shifting focus here again as HMHC stock started rebounding late in the week last week. This came as new information emerged about states like New York and cities like Chicago would be enacting or potentially enacting new restrictions.

Last week, Mayor Bill de Blasio said the school system’s 1.1 million students and 75,000 teachers should prepare for remote learning “out of an abundance of caution” amid rising Covid-19 cases. The Mayor said that schools would be closed if it reached 3%.

HMHC Stock: What To Watch

Last week, Montgomery Public Schools partnered with the learning technology company to implement Amira Learning ™. This will be the first intelligent reading assistant that listens to, assesses and tutors learners. According to the company, “Amira ‘s state of the art speech recognition and enhanced AI software offers 1:1 reading practice for young learners and administers both an oral reading fluency assessment and a dyslexia screener.”

IT Tech Packaging Inc. (ITP Stock Report) has been one of the companies that’ve benefited during short stints of speculative momentum. Back in April, ITP stock shot up to highs of $1.20 then immediately came back down below $1. A similar move was made in October with ITP stock moving from $0.50 to $1.39 within a 2-day period. What followed was a sharp pullback and another 90%+ move before finally sliding to where it closed on Friday.

If you’re looking at this company scratching your head, you’re not alone. There haven’t been too many headlines from the company and a recent quarterly report showed a lackluster third quarter. Mr. Zhenyong Liu, Chairman and Chief Executive Officer of the Company, commented, “We continued to make improvements in sales volume for this quarter as our paper products business, along with the whole industry, recovered from the pandemic. The Chinese government updated the Ban on Free Plastic Bags in 2020 and as the specific restrictions are implemented nationwide, paper packing products are expected to become the main substitute of plastic packages under the requirements, involving sectors such as catering takeout, supermarket retailing, logistics and express delivery.”

ITP Stock: What To Watch

A lot of the prior momentum for ITP stock stemmed from speculation. The paper products company also manufactures, what else, a line of tissue paper products, including toilet paper. With new potential stay-at-home restrictions, some stores are already preparing for what we saw back in March and April: a toilet paper shortage. In fact, major grocery chains have now started reinstating purchasing limits on certain items, such as toilet paper and hand sanitizer. Will this coming week see another round of speculation-fueled action in some of these prior pandemic high-flyers?

Ambev S.A. (ABEV Stock Report) is the largest brewer in Latin America by volume. It’s also the fourth-largest beer producer in the world, now controlled by Anheuser-Busch InBev (BUD Stock Report). Needless to say, the company has been rallying strongly in November. Since the start of the month ABEV stock has climbed over 28%. With hopes of a vaccine triggering optimism on economic recovery, consumer stocks like Ambev have benefited. What’s more, is that the company also caught a nice move after reporting an earnings and sales beat toward the end of October.

ABEV Stock: What To Watch

Like most, looking for companies that might benefit as stay at home stocks could become a focus. Earlier this year we saw alcohol consumption on the rise. But most alcohol stocks are higher priced. Since ABEV stock is still under $5 it will be interesting to see if sympathy momentum becomes a factor.

Adamis Pharmaceuticals (ADMP Stock Report) commercializes products for allergy and respiratory disease. It has been one of the penny stocks to watch, off and on, since late April. It’s also one of the more volatile penny stocks on this list. After pulling back on news of a new public offering, ADMP stock has been mostly sideways in November.

[Read More] What Are Good Penny Stocks To Invest In? 5 Real Estate Stocks To Watch

There’ve been a few single-day jumps, but nothing that has sparked a clear up or downtrend to speak of. The company could be one to watch early this week, however, and it could be a “high risk/reward” scenario. Specifically, this involves an FDA decision, which, for biotech stocks, can be a similar situation as earnings. A positive outcome could signal a move in one direction while a negative outcome could do the opposite.

ADMP Stock: What To Watch

The company previously announced resubmitted a New Drug Application to the FDA for its ZIMHI™ 5mg/0.5mL product candidate. This is targeted for the treatment of opioid overdose. The resubmitted NDA was intended to address the issues raised by the FDA in the agency’s November 2019 Complete Response Letter. The FDA provided a Prescription Drug User Fee Act – PDUFA – for a response by the FDA by November 15, 2020. Considering that is Sunday’s date, it will be interesting to see what, if anything is revealed by the company with regard to the FDA’s response.

What we do know is that in Adamis’ earnings report, the company said that it continues to work with its commercial partner, as USWM (Adamis’ commercial partner) “prepares for the commercial launch” of ZIMHI. Keep this in mind if ADMP is on your list of penny stocks to watch heading into this week.

*UPDATED 11-16-2020* As discussed above, Adamis reported response from the FDA. In this case, the FDA determined it cannot approve the NDA in the current form and provided another round of recommendations for resubmission. Shares dropped below $0.40 during premarket hours. 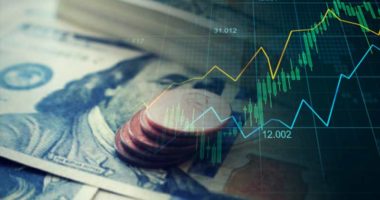 Putting A Watch List Together? Check Out These Hot Penny Stocks 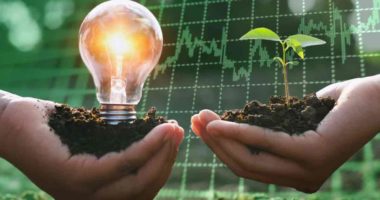 Are These Energy Penny Stocks On Your List This Month? 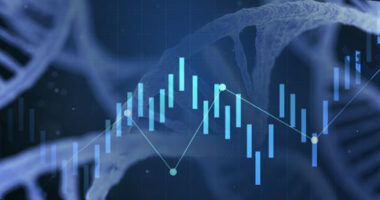 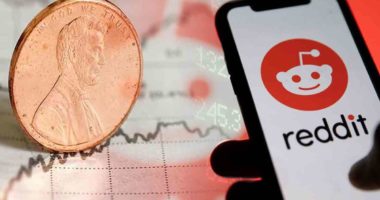