The Most Popular Penny Stocks On Robinhood Heading Into November

If you look at the landscape of those trading penny stocks, Robinhood has become one of the go-to platforms. While it might not be the best broker, its ease of use and the simple user interface has made it an approachable platform for new traders. Obviously, if you’ve followed the growth of Robinhood, 2020 was a huge year for news users.

Over 3 million accounts were added during the early months of the year as lockdowns boosted interest in making money from home. Day trading became one of the big draws. We saw a surge of interest with mentions of penny stocks on Reddit, Twitter, Facebook, chat rooms, you name it. The online trading community exploded with Robinhood traders.

[Read More] Looking For Penny Stocks To Buy In November 2020? 3 To Watch, Now

Despite all of its technical glitches, traders are still buying plenty of penny stocks on Robinhood right now. Heading into November, we’re likely to see even more retail traders make their way to the stock market.

“The retail investor continues to be resilient despite more than a few headwinds that could disrupt the market’s bullish course. Investor concern regarding the election this cycle could very well stem more from how long it will take to identify a winner, as opposed to who the winner may actually be.”

Loewengart further explained that uncertainty isn’t something investors like.

“We are in unchartered territory this November. That said, investors are wise to keep in mind that election-related volatility will likely be a short bump in the road for those with a long-term investing view.”

In a study conducted by E*TRADE, retail investors are still bullish on markets despite concerns on COVID. Health care, IT, and consumer staples have become some of the top points of focus according to the study. With this in mind, this is a list of the most popular penny stocks on Robinhood for November. But will they be the best penny stocks to buy?

Remember, this is a list of popular penny stocks on Robinhood. The names on it might not be the best penny stocks to buy. Needless to say, where there’s attention, there is usually momentum. Aurora Cannabis Inc. (NYSE:ACB) is no stranger to volatility. We’ve discussed ACB stock plenty of times in the past, watching it slowly trail lower. Last Wednesday, shares reached a new 52-week low of $3.71 and it seems that whenever there’s a glimmer of hope, the company does something to disappoint shareholders.

Something to note, however, is the industry that Aurora’s in. Marijuana stocks tend to move in unison at times especially whenever there’s a legislative event. Considering that this is a big week for politics, including potentially new legalization initiatives in multiple states, ACB and others could be marijuana penny stocks to watch right now.

Last week the company reiterated its fiscal 2021 Q1 guidance. Aurora expects revenue to come in at the higher end of its previously issued guidance; $60-$64 million. Furthermore, the company’s anticipating adjusted gross margins to come in between 46% and 50% for the quarter. While this might seem good on the surface, there’s still plenty to consider as headwinds for ACB stock. One of the biggest was a recently filed shelf registration for up to half a billion dollars in stock. With another potentially dilutive situation, will any positive cannabis news be enough to turn things around in the market for this popular penny stock on Robinhood?

Sticking with the marijuana penny stocks trend, Aphria Inc. (NASDAQ:APHA) is another name to know. It’s also 1 of the 12 popular penny stocks on Robinhood heading into November. Unlike Aurora, Aphria has managed to weather the industry volatility a bit better. Despite having pulled back from highs of $6.44 a few weeks ago, APHA stock remains steady at levels above its 200 day moving average. This has been a relatively consistent area of support for the pot stock since June. Furthermore, it has managed to stay relatively flat on the year so far, unlike some of its competitors.

What’s more is that analysts at Cantor Fitzgerald recently flipped their view on Aurora. They said that instead of focusing on a company with “a slew of bad news over the past few months,” investors may want to shift focus to Aphria.

Even with this as the case, Aphria is coming off of a shaky quarter in the market. The company saw declining earnings per share year over year. But sales were up considerably compared to its previous fiscal year’s Q1 figures. Even in light of this, the company wasn’t able to meet the expectations of Wall Street, which was one of the reasons why APHA stock tumbled last month.

Despite this, Aphria confirmed that it has a strong cash position and still has yet to draw down from its $100 million credit facility established in July.

The end of October 2020 was definitely volatile. The broader markets hadn’t seen a week like that since March. Yet, even amid the uncertainty, several sectors came into focus. One of these was energy. There were plenty of oil and gas stocks experiencing short term jumps in price. Marathon Oil Corporation (NYSE:MRO), however, was not among these names. Regardless, the broader focus on oil and gas recovery has certain names, like Marathon, in the conversation. While shares pulled back late last week, MRO stock tested and held above the $3.70-$3.80 area.

If you look back on its chart around April and the beginning of October, you’ll see that this range was a significant point on the MRO stock chart. Whether or not that remains a level of support will be seen as November trading begins. You’ve also got to keep a close eye on oil prices themselves.

For Marathon, in particular, it isn’t all bad sector news. Early in October, the company reinstated its base dividend. It was also able to reduce the company’s debt by about $100 million

“While 2020 has included its fair share of challenges, we believe we have successfully repositioned our Company for success in a lower, more volatile commodity price environment.”

Again, heading into November, we’ll have to see if these efforts pay off or if the strain on oil prices will be the bigger force to deal with.

Nokia Corporation (NYSE:NOK) was one of the stronger rebound stories after the March sell-off. However, at the end of August things fell apart quickly. The penny stock dropped from over $5 to below $3.50 by last week. The biggest point in that decline came after Nokia announced its Q3 earnings results. The company missed on EPS estimates as well as on sales estimates. It also saw a less than favorable reaction from analysts. Some, like BofA Securities slashed price targets and lowered ratings. These worse-than-expected earnings have definitely bruised the penny stock and essentially erased most of its “bounce-back gains” from earlier in the year.

While this is the case, Nokia has remained one of the most popular penny stocks on Robinhood. Is it because there are few stocks under $5 involved with 5G or could it be another scenario of buying into a “popular name”? Regardless of the why, investors have to deal with the when. When will NOK stock turn around?

Something to pay attention to is what the company will say at its Capital Markets Day this month. On November 15th, Nokia will discuss a full review of the company’s strategy, operations and financial targets.

“Our goal now is to ensure that our strategic framework is supported by concrete operational plans from the businesses, factors that support our ability to generate stronger margins.”

Finally, MFA Financial Inc. (NYSE:MFA) rounds out the list of top 5 popular penny stocks on Robinhood. If there’s one industry that has felt the pressure of this pandemic, it’s been real estate. Not necessarily residential real estate but commercial. MFA has been one of the penny stocks to watch ever since March.

Even with the sell-off, this stock has mounted a clear and consistent recovery experiencing very little volatility. Though it doesn’t see big, daily swing, MFA stock has bounced back by more than 780% since March. Just one day after MFA stock hit a new 52-week low, we first began following its progress.

This could be one of the penny stocks to watch early on in November. During the first week, MFA is set to report its third quarter 2020 earnings.

What About The Top 10 Penny Stocks On Robinhood For November? 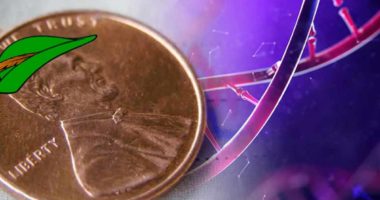 Biotech penny stocks are heating up and these current and former stocks under $5 are gaining attention. 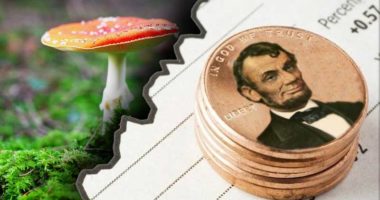 Are Psychedelic Penny Stocks On Your Watch List Right Now? 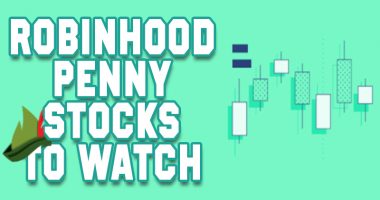 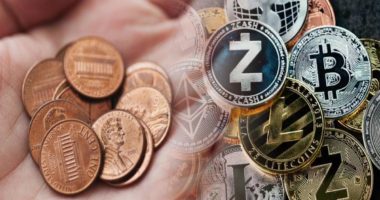 Are these the best blockchain penny stocks to watch with Bitcoin and DogeCoin spiking today?