Looking for top penny stocks to watch this week? You’re not alone. One of the hotter sectors to watch in the stock market today is biotech and healthcare. I’m not just saying that because coronavirus vaccines remain a hot button topic. There’ve been a lot of other industry events that’ve gone on to spark some interest. With Gilead’s recent approval for a vaccine in hospitalized adults, of course, we’ll see certain vaccine stocks gain ground. But there are more events to take into consideration right now. One of which is industry conferences and events.

Cancer researchers gathered online over the weekend to see new data on drugs being tested by numerous biotech companies. The ENA 2020 symposium is a highlight among companies developing targeted therapies for cancer. This is something to keep in mind heading into the new weeks as cancer stocks could be a bigger focus early on. We’ve also got to consider the more recent M&A deals in this immunotherapy niche thanks to Gilead’s buyout of Immunomedics to gain access to Immunomedics’ breast cancer platform.

Aside from the specific niches, biotech and healthcare, in general, have shined this year, even with the big March sell-off. Year-to-day, the Nasdaq Biotech ETF (IBB Report) is up 12.5%. Meanwhile, the S&P ETF (SPY Report) is only up about 7%, year-to-date. What’s more, as you’ll see in today’s article, some biotech execs have been on a spending spree, buying up their own company’s shares in the market. We’ve also got upcoming data to take into consideration as well. With this in mind, are any of these biotech penny stocks on your watch list this week?

GT Biopharma Inc. is no stranger to momentum. Over the last 30 days or so, GTBP stock has managed to climb from around $0.16 to highs of $0.25. This upper limit has also been a point on the penny stock’s chart that continues to get tested frequently as volume has built during that time. GT Biopharma focuses on immunotherapies for a number of indications. Its lead treatment candidate, GTB-3550 however has been initially indicated for treating acute myeloid leukemia. What began the initial spark last month was key data on results from a Dose Level 3 portion of its Phase I/II trials for GTB-3550.

Not only were the results favorable for the dose, but the company also explained that interim data on GTB-3550 were selected for presentation at the 62nd (ASH) American Society of Hematology Annual Meeting. While the meeting is set for December, the company pointed out that in addition to the presentation, “your abstract will also be published online in November supplemental issue of the journal Blood”. The first publication will be in the online ASH meeting program on November 5, 2020.

More recently, however, the market has begun paying attention to the overall potential of the company’s treatment platform, TriKE™. This platform has been evaluated in ovarian, breast, prostate, pancreatic ductal adenocarcinoma, and lung cancer models. Last week the company announced a publication in the journal Cancers, which demonstrated TriKE™ had the potential to enhance natural killer cell immunotherapy in solid tumor settings and supported its further clinical development. Heading into the new week, GTBP stock is coming off of a late, Friday afternoon surge of momentum. In light of all of these recent developments, will that trend continue into Monday’s session?

Another one of the biotech penny stocks to watch recently is Selecta Biosciences Inc. The resilience that this stock has seen since reporting lack-luster data a few weeks back has been something to note. Not only has SELB stock filled that gap & reclaimed its previous price level, but it has also surpassed that figure and climbed aggressively higher after-hours on Friday afternoon. In fact, during the post market session, SELB stock reached highs of $3.55 before all was said and done.

Since October 8th, we’ve discussed progress that Selecta has seen. Not only did it comment on expectations of a favorable outcome despite its results, the company also inked several new deals. Selecta and IGAN Biosciences entered into a research license and option agreement to study Selecta’s ImmTOR™ immune tolerance platform in combination with IGAN’s immunoglobulin A protease for the treatment of IgA Nephropathy. We then saw the company and AskBio receive FDA Rare Pediatric Disease Designation for their gene therapy for methylmalonic Acidemia; several key milestones in a very short time span.

[Read More] What Are The Best Penny Stocks To Buy Right Now? 3 Names To Know

Something else to note, as I discussed above is that Selecta has seen a big boost in insider buying. That continued as the case on Friday. A FORM 4 filing showed Director Timothy Springer remains bullish on the company. He picked up another 3.6 million shares from October 21-23 at prices ranging from $2.4994 to $2.7147. Springer has been buying up shares for weeks. This latest round brings his position size to over 11 million shares in the company so far.

BELLUS Health Inc. is another one of the biotech penny stocks we’ve discussed this year. Ever since dropping in July, the company has gained a bit of intrigue. The only thing it hasn’t been able to gain is a bullish trend. Some rough earnings results and a generally quiet communications line haven’t helped much. But, then again, this was something that its CEO alluded to months ago on Twitter.

Bellus CEO Roberto Bellini, in a discussion thread, Bellini cited several initiatives for the upcoming few months. He also discussed BLU-5937 and how it showed ‘clear activity’ in higher cough patients. He didn’t expect big details in the quarterly however, he cited that September could be a busy month to keep Bellus in mind. Fast-forward to the present and this is really what BLU stock has reflected. Needless to say, the company’s been on “the road” conducting fireside chats and virtual presentations to discuss its future.

Most recently, the company closed on a $40 million offering, which seems to have re-sparked some interest in the market. The company intends to use the net proceeds of the offering primarily to fund research and development activities among other things. After the closing bell on Friday, BLU stock jumped from a close of $2.45 to after-market highs of $2.79. Something else to note is that a 13G was also filed Friday showing Steven A. Cohen’s Point72 Asset Management, L.P. holding a position in BLU stock, in addition to OrbiMed Advisors. With institutional interest growing in BELLUS, will it be one to watch, moving forward?

CASI Pharmaceuticals Inc. was also an aftermarket mover on Friday. Shares of CASI stock closed the regular session at $1.77. However, during the post-market hours, shares continued higher to $1.88. This came after one of the most active sessions for the penny stock in recent weeks.

What had sparked some excitement came in light of new analyst activity. Oppenheimer analyst Leland Gershell initiated coverage on CASI. The analyst gave it an Outperform rating and announced a price target of $5. That represents a 182% premium to Friday’s closing price for CASI stock.

October, for the most part, has been a bullish month for the company’s shares. Early on, CASI presented research conducted at the New York Blood Center investigating the impact of CID-103 on RBC pretransfusion test methods. This was at the American Association of Blood Banks Virtual Annual Meeting on October 4th.

CID-103 is CASI’s treatment candidate for patients with multiple myeloma. Earlier this year, the company submitted its IMPD application with MHRA, the British health authority, to initiate our Phase 1 clinical study in the UK. Furthermore, the company expects to begin its study in the first quarter 2021.

Things haven’t been as bullish for Axovant Gene Therapies as they have for other names on this list. However, the company has an upcoming date to keep in mind. First, the company currently has a SUNRISE-PD Phase 2 trial going on for its AXO-Lenti-PD. The target of this treatment is for Parkinson’s disease. A few weeks back, Axovant reported six-month follow-up data from from a dose escalation.

“These data, showing over 20 points of improvement on the UPDRS Part III ‘OFF’ motor function score, as well as meaningful improvements in quality of life measures, underscores the potentially best-in-class profile of AXO-Lenti-PD gene therapy in Parkinson’s disease. The totality of data seen thus far reinforces my belief that AXO-Lenti-PD has the potential to transform the treatment of patients with Parkinson’s disease through one-time administration of gene therapy.”

This week could be important for the company based on what’s planned for October 30th. There will be additional data and program updates at its Parkinson’s disease R&D Day on Friday. 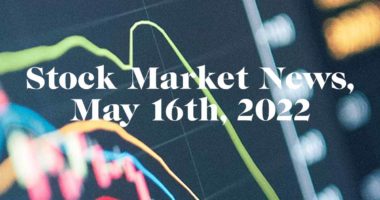 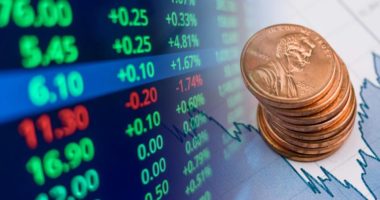