Biotech Penny Stocks To Buy? 3 to Watch Under $5

Biotech stocks are more popular than ever; here are 3 to watch under $5
Total
14
Shares
Share 12
Tweet 0
Pin it 2

Are These Biotech Penny Stocks on Your Watchlist?

As April comes to an end, investors are still searching for the best penny stocks to buy. Whether due to the pandemic or not, 2021 has been the year for biotech penny stocks. While Covid had a negative impact on most industries last year, many have since recovered, with some even pushing new all-time highs. And yes, the coronavirus has emphasized biotech penny stocks producing either a vaccine or treatment for SARS-CoV-2. However, we have seen companies working outside of pandemic-related treatments, also rise in value.

This increase in attention from Covid-19 is the best explanation for the solid biotech industry performance we are seeing. On April 23rd, the Health Care Select Sector SPDR Fund (XLV) reached a new record high of $123.81. This is an incredibly important indicator of how the sector as a whole is doing. Because it just hit a new high, it could be indicative of overall bullish sentiment.

Retail investors are another reason that biotech penny stocks are going up. This includes those buying penny stocks on Robinhood, or other accessible brokerages. While this is a relatively new phenomenon, it is a factor to consider. Retail investors tend to sway towards more volatile assets, as they can have the best chance at seeing large gains due to retail investors averaging less capital in their portfolios.

Traditionally, penny stocks are considered more volatile assets. The lower in price a penny stock is, the more volatile it can be. But, if you have the right education and tools at your disposal, it can be easy to use this to your advantage.

Overall, investors are hopeful about the future of the biotech industry especially considering the recent growth that we’ve seen. COVID cases are slowing down and vaccine distribution is at an all-time high. You would think this might hurt biotech stocks as it is shifting the attention away from them, yet it has served to push them higher in recent trading sessions.

Biotech Penny Stocks To Watch Under $5

Healthcare and biopharma remain subsectors of the biotech industry, which also could be worth paying attention to. With all of this in mind, let’s take a look at the top biotech penny stocks to watch this week.

Brickell Biotech has had a lot going for it in the last few months. Up 6% on April 23rd, Brickell is a clinical-stage biotech company, working in several areas of the pharmaceutical industry. This includes its flagship compound sofpironium bromide which is in a Phase 3 clinical trial to treat patients with primary axillary hyperhidrosis.

Its recent push upwards started in early March when the company reported its fourth-quarter and full-year 2020 results. In the report, it announced the commercialization of products, topline results, and much more.

In April, we’ve seen a slew of new announcements from Brickell. On the 15th it announced the publication of its Hyperhidrosis Disease Severity Measure-Axillary (HDSM-Ax) outcome scale validation results from a recent study. This publication should help the company to develop and innovate more prescription therapeutics for treating skin diseases.

The Chief Research and Development Officer Deepak Chadha stated, “We developed and validated this PRO scale to assess the efficacy of sofpironium bromide gel in reducing sweating severity in patients with primary AHH.” On April 23rd, Brickell reported the results from its phase 3 open-label long-term safety study for the chronic use of sofpironium bromide gel to treat primarily axillary hyperhidrosis.

After announcing these results, shares of Brickell Biotech rose up by around 5% during intraday trading. Considering these exciting data releases, is BBI a penny stock to watch?

Another biotech penny stock on the rise right now is Aikido Pharma. Aikido is a pharmaceutical company that creates small-molecule anti-cancer therapeutics. On April 16th the company noted advancements in its radiopharmaceutical research. These positive results are from its PSMA 617-Lu177 study. The reports show that there is strong evidence that developing radioligand therapies could become an alternative cancer treatment.

While Aikido has not performed as well as hoped in the last few weeks, it does have several exciting prospects in its pipeline. Speaking on its market performance, Anthony Hayes, CEO of Aikido Pharma believes that despite its stock price being down recently, the positive results from its research reinforce its confidence in the utility of its radiopharmaceutical technology.

On April 22nd Aikido announced that it has withdrawn its Form S-1 (an SEC filing used by companies planning to go public) that was previously filed with the SEC. This is because it believes it has enough capital to continue operations without the need to raise more money through a public offering.

“Recent advancements from our research partners and the anticipated publication of testing data for our technology that is expected in the second quarter of this year, reinforce our optimism around the opportunities for our therapeutic drug platform and the future of the Company.”

Up as much as 7% on April 23rd, AIKI could be an interesting addition to your penny stock watchlist.

BIOLASE is a biotech company that creates laser systems for dental practitioners and their patients. On March 25th, BIOLASE announced that it saw 31% sequential revenue growth in the fourth quarter of 2020. This is very substantial and shows that BIOLASE could be seeing renewed demand for its products.

At the end of March, the company announced that it will be collaborating with the Einstein Healthcare Network’s residency in endodontics to train employees to use its Waterlase dental lasers. This is also a big deal as it should help to grow the adoption potential of its groundbreaking Waterlase system.

In April, BIOL made a few more announcements that are worth noting. The company signed into a partnership with EdgeEndo to build a plan for the development of new EdgePRO laser-assisted microfluidic irrigation devices for endodontists.

The founder and CEO Dr. Charles Goodis said, “We had been researching advanced Microfluidic Irrigation technologies in the high-tech endodontic irrigation market for several years and concluded that BIOLASE would be an ideal business partner for EdgeEndo”.

This is a big advancement considering about 75% of endodontists regularly use EdgeEndo products. BIOL stock increased in value on April 23rd, despite being down in previous trading days. It will be interesting to see how all of these recent advancements connect play into its momentum in the coming weeks or months. Considering this, is BIOL a penny stock to watch? 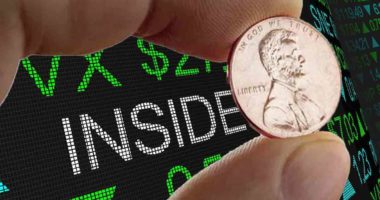 Insiders are scooping up these penny stocks in February. 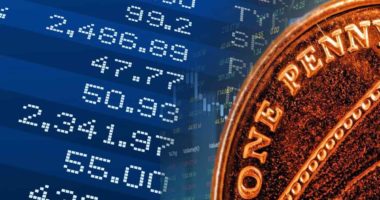 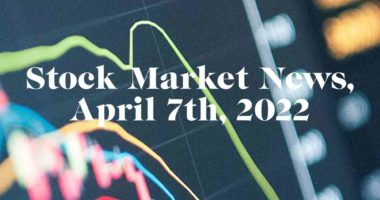 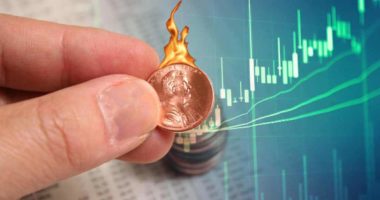