Biotech Stocks To Watch Heading Into The Week

Are biotech stocks part of your penny stock strategy this week? If not, you may want to take a look at the recent sector trends in healthcare and biotechnology. While mainstream traders are yearning for things like tech and “blue gas” stocks to bounce, others are following the strong trends.

That has lead them to these two areas of interest. There’s no denying that biotech stocks have gotten a boost this year thanks to COVID-19. But aside from that, we’re still talking about an industry that is founded on novel therapies that could become life-saving treatments.

Obviously, the millions of new traders looking for “the next coronavirus penny stocks to buy” have come to learn a bit about the market during the past 10 months. Many of them have learned that just because a company has a potential COVID vaccine, it doesn’t mean there aren’t plenty of other incredible treatments in these companies’ pipelines. So, call it a trading evolution of sorts; the bottom line is biotech is in focus for more than just coronavirus.

Penny Stocks 101: Is The Trend Your Friend?

You’ll hear this saying a lot and more times than not, it does have some truth to it. Let’s take a look at recent trends in biotech and check out the XLV Healthcare ETF and IBB Biotech ETF:

As you’ll see on these two charts, both healthcare and biotech stocks have shown strength this month. That strength has also trickled down to small cap stocks as well. In many cases, when it comes to bullish trends, the smaller penny stocks tend to move more aggressively than some of their larger-cap counterparts.

It’s a normal thing to see as optimism gives traders a sense of “security” to take on more risky trades. But like all things related to penny stocks, make sure you’ve got the risk/reward mapped out when approaching any trade.

As we all know, the trend for penny stocks can quickly shift course. Heading into this week, we’ll monitor this sector strength in biotech and take a look at a few biotech penny stocks to watch prior to Monday’s opening bell. Will these be on your watch list?

GT Biopharma Inc. is one of the biotech penny stocks we’ve followed for the better part of the last few weeks. The company focuses on treatments for multiple type of cancers and builds them on its TriKE™ technology. It’s designed to act as a true off-the-shelf option for multiple indications. This includes evaluation in ovarian, breast, prostate, pancreatic ductal adenocarcinoma and lung cancer models.

Its lead treatment candidate, GTB-3550, has been getting a lot of attention recently. One of the main reasons is for what GT Biopharma reported at the end of September. In many cases, the excitement surrounding biotech penny stocks has to do with the potential of a company’s pipeline. There are many different phases and events to consider along the way.

Some of these include interim results or updates. In GT’s case, the company reported Dose #3 results as part of its Phase I/II clinical trial evaluating GTB-3550 in acute myeloid leukemia (AML). According to the company, this dose showed a decrease in AML blast levels from 18% to 12% in the bone marrow. The dose also didn’t demonstrate any adverse impact to the patient. GT Bio also observed improvement in marrow cellularity as well as improving platelet and red blood cell numbers.

Aside from these positive results, the company’s TriKE™ technology itself has also gotten part of the spotlight. The company entered into a partnership agreement with Cytovance® Biologics. This is a USA-based contract development and manufacturing organization and a subsidiary of the Shenzhen Hepalink Pharmaceutical Group Co., Ltd.

Cytovance will manufacture TriKE™ in accordance with GMP using Cytovance’s proprietary Keystone® bacterial or mammalian expression systems. In light of these key updates, GTBP stock has experienced a considerable amount of attention in the market. Since September 23rd, GTBP stock has climbed nearly 50% on increasing levels of volume.

Akebia Therapeutics Inc. is another one of the biotech stocks we’ve watched for a while now. We actually first began following the company last November. AKBA stock ended up going on a massive climb from under $3.50 to over $13.70. The entire first half of the year, AKBA wasn’t anywhere near penny stock levels. However, as we continue discussing when it comes to biotech, there are plenty of risks involved. This is especially true when considering phase trials and data readouts.

[Read More] 3 Penny Stocks To Buy For Under $4; Are They Worth The Risk?

In Akebia’s case, it recently dropped hard after announcing top-line results from its PRO2TECT phase 3 program. This was the second of its 2 global cardiovascular outcomes programs designed to evaluate the efficacy and safety of its vadadustat; Akebia’s investigational anemia treatment. The big miss resulted from not meeting the safety MACE endpoint. Despite this, however, the company’s management remained upbeat. “We still believe we have a path toward approval for vadadustat in non-dialysis,” said John P. Butler, President and CEO of Akebia.

Given this as the case, AKBA stock has seen more optimism recently. Shares have bounced back from lows of $2.34 at the end of September to recent highs of $3.12. What’s more is that after the market closed on Friday, AKBA stock continued trading higher even reaching $3.70 before the close of after-hours trading. One of the things to note was a filing that came out showing The Baupost Group, L.L.C. closed out its position in the company.

But there was more to look at after the close on Friday. The company announced that it would be presenting data from its global Phase 3 programs of vadadustat for the treatment of anemia at the end of the month. Was this catalyst the source of Friday’s aftermarket bullishness and can this same momentum carry through into this week?

Adamis Pharmaceuticals Corporation develops and commercializes products for allergy and respiratory disease. This penny stock caught a strong surge earlier this year that ended up taking it from under $0.30 to more than $1.50. However, its recent quarterly earnings seems to have been the root cause of the sell-off we see in August. Fast-forward to September and October and ADMP stock has mounted a strong recovery.

It began after Adamis announced that its reverse split was approved by shareholders in early September. Dr. Dennis J. Carlo, President and Chief Executive Officer of Adamis Pharmaceuticals commented, “We are pleased with the outcome of the annual meeting and most appreciative of the efforts of our shareholders to participate in the process. We now eagerly look ahead to what we expect to be an approval and a commercial launch of ZIMHI [the company’s opioid overdose treatment] before year end.”

ZIMHI is the company’s candidate for the treatment of opioid overdose currently under FDA review.  Adamis is also developing other products, including treatments for acute respiratory diseases, such as COVID-19, influenza, asthma and COPD.  With attention on respiratory disease stocks, ADMP has gained some additional attention in the stock market. It’s important to understand that its chart has extended over the last week by more than 30%. It also saw a strong move after-hours on Friday.

The company has gained attention after recently announcing an award for an almost $4 million contract from the U.S. Army. This contract is for funding a study on AcelRx’s DSUVIA product. Vince Angotti, CEO of AcelRx, stated that “this award is in addition to expected purchases from the U.S. Army for the initial stocking of their medical assemblages, sets, kits and outfits for troop deployment, as well as potential orders from other branches of the military following the recent approval of DSUVIA onto the Joint Deployment Formulary.”

Last week AcelRx also entered into a Promotion Agreement with La Jolla Pharmaceutical Company agreeing to detail and promote DSUVIA®. This seemed to have brought some upbeat sentiment to the penny stock as the announcement date (Oct. 6) marked the last in the recent downtrend the began on September 22nd. Within the last 3 sessions, ACRX stock has experienced explosive price action and increased trading volume. 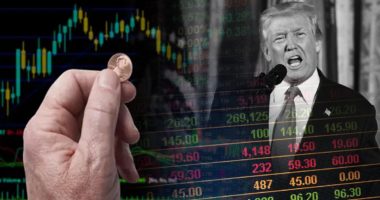 These penny stocks could be worth watching as Trump stocks climb 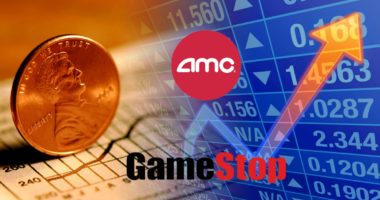 Which penny stocks are you watching as GME stock and AMC stock shoot toward the moon? 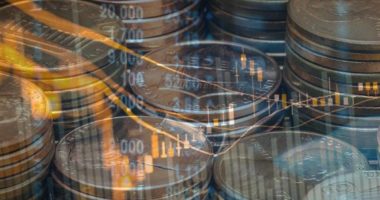 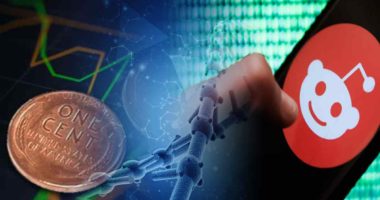 Looking for biotech penny stocks on Reddit? Check these 3 out for your watchlist