Are These Penny Stocks To Buy Or Sell? 3 Outpacing The Market In 2020

Are These Penny Stocks To Buy Or Sell Right Now?

Some traders misunderstand the idea behind buying penny stocks. Just because these cheap stocks represent companies that may be in start-up phases, it doesn’t mean they aren’t worth a closer look. In fact, there’ve been plenty of penny stocks in 2020 that went on to soar to new heights. Take Novavax, for instance. That former penny stock was under $4 a share earlier this year and nearly cracked $190 a few months ago.

While that huge dollar move was one of the largest of 2020, it wasn’t the biggest percentage change among penny stocks. When it comes to some of the stocks under $3, for instance, even a move to “only $60” meant thousands of percentage points. Yes, I’m talking about Eastman Kodak’s stock. Despite crashing back to earth, the former penny stock remains at levels more than 200% higher than where it traded at earlier this year.

So if you hear someone say “forget about penny stocks,” it may simply be based on the fact that they aren’t 100% sure how to trade them. That’s ok, everyone has their own strategy. However, mastering the ability to find penny stocks to buy then successfully trading them can bring plenty of reward to your P&L. It just comes down to managing your risk, not getting greedy, and remembering that taking profit is never a bad thing.

One of the best ways to do that is through a tier trading strategy. This involves buying and selling shares as a stock moves higher. Doing so in different sized tiers allows traders to test the waters, take a larger position, sell in pieces as a stock increases, and potentially buy more, leveraging the original cost basis. I won’t get too much into this because we’re here to talk about penny stocks. Click Here To Learn More About Tier Trading & Other Strategies

Heading into the week, there’ve been plenty of things to consider. We’ve got the unknown on the future of the next Presidential debate. We’ve also got a fresh round of data to sift through this week. In the meantime, we’ve also got 3 penny stocks that just made new 52-week highs on Friday. Are they still a buy or is it time to sell?

CTI BioPharma Corp. (CTIC Stock Report) has been no stranger to momentum fueled runs in 2020. In fact, if you’ve been a reader of ours for a while, you might remember CTIC stock from last December. This is when it went on its first big breakout move from under $1 to highs of nearly $2.

Fast-forward to this month and the trend hasn’t stopped either. The latest move began at the end of September. On the 29th we discussed CTI’s latest momentum trend, which ended up triggering a huge move in the stock. Last week, shares jumped from $1.05 to Friday’s high of $3.22. What’s more is that the CTIC stock price headed even higher during aftermarket trading, reaching $3.38.

What’s been going on with CTI BioPharma? CTI’s been one of the top biotech penny stocks we’ve discussed recently. This came as trading momentum grew and CTI announced several key updates. The company develops several treatments for blood-related cancer. In a late-September update, CTI announced that it reached an agreement to submit an NDA for potentially accelerating approval of its pacritinib treatment. This the company’s candidate to treat myelofibrosis patients with severe thrombocytopenia.

While the stock market and blue-chip stocks, in particular, have retracted from recent highs, CTI made fresh 52-week highs last week. In fact, year-to-date, CTIC stock is up over 80% as of Friday’s closing price. Will it continue being one of the penny stocks to buy or will traders begin taking profits?

Luby’s, Inc. (LUB Stock Report) is one of the more wild penny stocks to watch this year. Shares have moved explosively higher and they’ve also experienced massive drops. However, most recently, LUB stock has upheld a consistent and noticeable uptrend since the start of September.

Luby’s operates two restaurant brands. These include Luby’s Cafeterias and Fuddruckers. Luby’s is also the franchisor for the Fuddruckers restaurant brand. The company also provides food service management to sites consisting of healthcare, corporate dining locations, sports stadiums, and sales through retail grocery stores. One of the main points of focus for the company has been its shareholders.

In September, the company announced that it would look to sell its assets and dissolve, however, it also discussed the topic of a buyout. Jumping ahead a few weeks and Luby’s own CEO, Christopher Pappas was said to be evaluating submitting a proposal to acquire company assets in hit individual capacity. He entered into a confidentiality agreement on September 11th as well. This added more speculation to the equation for traders.

Year-to-date, LUB stock is up roughly 46% as of Friday’s close. The penny stock saw a big surge at the end of the day. The big question now is what’s next? LUB stock’s chart has become very extended. Is this still a buy or are holders set to sell this week?

We mentioned ProPhase Labs, Inc. (PRPH Stock Report) on Friday after seeing a surge of momentum during the lunch hour. While PRPH stock has been on a strong and very consistent move higher since July, the volume has been relatively light compared to other penny stocks we’ve discussed.

Not only did the penny stock experience higher levels of activity but the price also exploded to highs of $5.20 during the regular session from an opening price of $3.78. Considering that move, ProPhase stock turned some heads last week. Heading into this week, will that remain the same? During aftermarket trading on Friday, PRPH stock continues higher, reaching $5.39.

One of the topics of discussion has been COVID-19, obviously. ProPhase recently announced that it is exploring the acquisition of “one or more” CLIA (Clinical Laboratory Improvement Amendment) accredited labs suitable for COVID-19 and other testing. The company also engaged a consulting firm to assist in this potential acquisition.

Similar to the other penny stocks on this list, PRPH reached fresh 52-week highs on Friday. It also experienced one of its largest, single-day moves of the year. Since the start of 2020, shares are up nearly 170%. Is PRPH over-extended or will it be one of the penny stocks to buy this week? 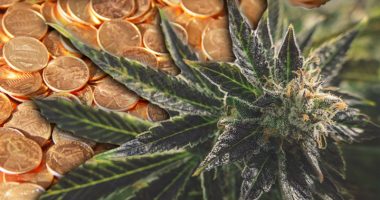 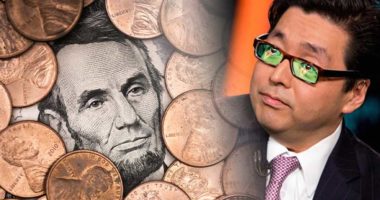 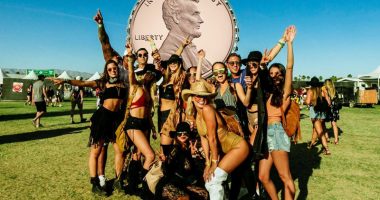 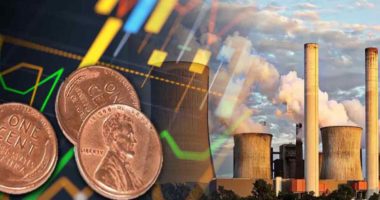 Best energy penny stocks under $3? Check these 3 out