Top Penny Stocks To Watch If You Like Biotech Right Now

Like Biotech Penny Stocks? Check Out Some Of These

This year, penny stocks have been a topic of conversation among plenty of traders. This is due, in part, to the fact that many higher-priced stocks fell hard in March. I won’t go into how many of those “leading companies” are holding on for dear life right now. But what I will say is that the market’s reaction has been interesting to watch.

We even saw Robinhood traders buying up these penny stocks simply because “they’re cheap”. I’m sure that by now you’ve had a chance to familiarize yourself with the difference between “cheap” and “low priced”.

Tech has been a market leader this year. In fact, it’s one of the big drivers that took the NASDAQ & S&P to new, all-time highs. There is, however, another sector that’s shined brightly in 2020. Who could forget about biotech and healthcare? One of the biggest reasons why so much volatility was in the market stemmed from coronavirus. The now-coined COVID-19 resulted in entire economies shutting down. Some, including the U.S., are still trying to recover. Biotech penny stocks were of particular interest as well. I’ll give it to tech stocks.

The blue-chips like Apple, Microsoft, Amazon, and others helped drive the broader movement. But biotech penny stocks were the clear winners for traders looking at small-caps. Why? Simply put, I don’t think I’ve ever seen the number of stocks under $5 go on to run up, well-past $50, and even $150 a share so quickly.

Advancements in treatments, emergency use authorizations, and billion-dollar government funding were all catalysts. Not only did this familiarize traders with coronavirus vaccine stocks. It was also an eye-opener to this world of small- and micro-cap penny stocks as well as their underlying potential.

Cassava Sciences Inc. (SAVA Stock Report) has been steadily climbing over the last few months. In fact, since its big drop in May, SAVA stock has bounced back by 95% to date. The penny stock dropped after reporting its results from a Phase 2b study of PTI-125. This is the company’s Alzheimer’s Disease, however, it missed the primary endpoint. If you’re new to biotech penny stocks, when it comes to early phase trials, missing any endpoint can become a huge negative catalyst; and it was for SAVA. The penny stock dropped from over $8.40 to under $1.70 quite literally overnight.

In follow-up comments, Remi Barbier, President & CEO said, “We plan to thoroughly analyze these top-line data, and to re-analyze CSF biomarkers from study participants, to better understand the outcome of this study.”

As you’ll see, over the months to follow, Cassava Sciences has made headway. This week the company announced that PTI-125 was assigned the chemical drug name sumifilam by the United States Adopted Names Council. Future references to PTI-125 will be sumifilam. A commercial brand name for sumifilam is expected to be announced at a future date. Cassava also received a European Patent Number this week. But what could be more in focus is what the company said in its mid-year business review.

VistaGen Therapeutics Inc. (VTGN Stock Report) has focused on the development of its clinical pipeline. Specifically, it has focused on its PH94B Phase 3 program to treat social anxiety disorder. VTGN stock saw its second consecutive day of green momentum. Shares had been in a downtrend since reaching August highs of $1.06 a few weeks ago. At that time, VistaGen had just announced the closing of an option in its underwritten public offering. However, the initial slide seems to have started after the company reported earnings. What could have changed this week that is different from the last few weeks?

[Read More] 3 Penny Stocks On Robinhood To Watch Before Friday

Well, I’m sure you won’t see any news from the company. But what you will see is a filing and a recent round of tweets. First, under its filing section, a FORM 4 was put out on Monday. It showed company director Job Saxe buying 30,000 shares of VTGN stock at an average price of $0.69. This more than doubled his current holding in the company’s common stock. Heading over to Twitter, we can see a few updates this week from VistaGen. I’ll specifically point out its August 25th tweet:

“A report from @HarvardMed & @UNCdeptMedicine on the effects of the #COVID19 pandemic and #MentalHealth details how the pandemic has created the most universally shared major stressor for American adults in decades,” which continues the company’s series of highlights on social anxiety and depression during the age of COVID. Will this 2-day trend continue this week for VTGN stock?

CHF Solutions (CHFS Stock Report) has been sporadic in its market moves. Overall, the penny stock hasn’t had an easy time breaking away from its channel between $0.40 and $0.60. There was a chance in July as CHFS stock surged to highs of $1.25; its highest level since January. But even after an earnings beat at the start of August, shares started sliding. Its announcement last week of a multi-million dollar offering didn’t help things either.

Despite the pullback, CHF has made progress on the business front this month. The medical device company announced that its Aquadex™ product line was added to the Federal Supply Schedule. This expanded access to all federal government agencies, including the Department of Veterans Affairs, Indian Health Services, and Department of Defense Medical Treatment Facilities.

This week it looks like CHFS stock has caught a break. Whether or not that lasts longer than a day is up for debate. However, on Wednesday shares jumped after a company tweet. CHF tweeted, “Study from American Journal of Kidney Diseases, several US states are projected to encounter #CRRT shortages during #COVID19. Rapid deployment capability & ease of use of the dedicated #ultrafiltration devices can be advantageous in such a surge scenario.”

We’ll have to see if the closing of its offering and the latest development act as catalysts or not. From a technical perspective, CHFS is trading at the lower end of its 7-month channel trend. 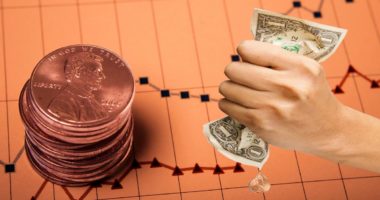 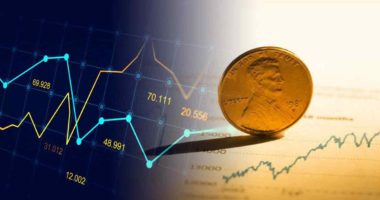 Are penny stocks worth investing in? Here are some reasons why they might be right for you 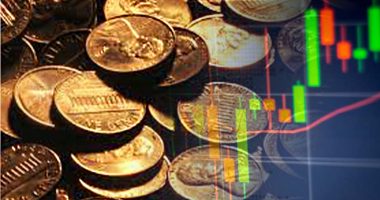 How Much Does Penny Stock News Matter? Over the years, penny stocks… 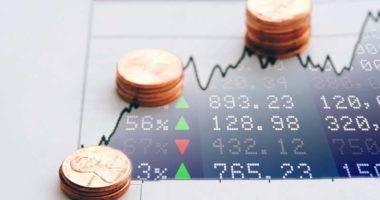 Best Penny Stocks To Trade Or Will They Fade On Friday?