Are These Top Penny Stocks To Buy Now Or Avoid Like The Plague?

Penny stocks and technical analysis go hand-in-hand. In fact, there are many traders who solely go by chart trends that company fundamentals. If you speak to day traders, I’m sure you’ll even come across some who have no idea what certain companies do. They just find these penny stocks to buy based on volume, price, and technical analysis. The only thing that matters to these traders is identifying 1-5 letters of a stock symbol with an active chart pattern.

There’s nothing wrong with this style of trading as long as you know what you’re doing. But I tend to think that finding the best penny stocks to buy involves a bit more research. If you like charts and momentum, one thing to also look for is a catalyst. Whether it’s news, filings, or other factors that influence sentiment, understanding what’s behind the momentum can be beneficial. For instance, if a company reports a significant development, it could promote bullish sentiment for a longer-term than a single day or a few hours.

On the other hand, a company may announce a basic letter of intent that didn’t have many details disclosed but it mentioned popular topics. We saw a lot of instances this year where companies simply mentioned the word “coronavirus” and stocks rallied.

Once investors got around to reading the finer details, many of the baseless updates resulted in more selling pressure than buying in the market. Whatever the case may be, this is just one take on a “chart-only approach” to trading penny stocks.

If not knowing what a company does or why volume is picking up and can successfully trade on that information, then that’s your style. I will say, it doesn’t hurt knowing a bit of the back story, however. In light of this, here are 4 penny stocks & charts to take a look at right now. Do these look like penny stocks to buy or should you avoid them like the plague?

TOP Ships Inc. (TOPS Stock Report) is now infamous for its volatility in the stock market. Something to note here is that it’s on this list of penny stocks because it was a trending name this week. Whether it’s one of the penny stocks to buy or not is for debate. Needless to say, TOPS stock was on the move Thursday. The company effected a 1 for 25 reverse stock split earlier this month, reducing the outstanding common stock from nearly 1 billion to under 40 million shares. However, the company didn’t reduce its authorized share count. If you look at the company’s 6-K filing from August 10th, you’ll see TOP Ships has 1 billion shares authorized.

If you’re not up on how this all works let me explain. A company has a float, outstanding shares, and authorized shares. The float will never be bigger than the outstanding and the outstanding will never be larger than the authorized. While the float is the number of shares tradeable in the stock market, the outstanding can include things like restricted stock, for example. It’s not immediately tradeable but it is accounted for in the OS. If a company raises money, they have to authorize new shares to issue. The amount of total shares issuable is the difference between the OS and the authorized. So you can see that the company has room to issue more stock if they deem it necessary.

Regardless of that, TOPS stock is on the move after news that appears to show the company taking steps to “protect shareholders”. Aside from announcing a large insider buy, TOP Ships announced that for a period of 12 months following the date of this release it is taking certain measures.

It will not conduct any equity offerings, public or private. TOPS will not conduct any reverse stock splits. It will not pay any bonuses to its executive management. Additionally, it will enter into a standstill agreement with Family Trading Inc. This is the holder of all of the company’s outstanding Series E Preferred Shares. Furthermore, the company said its CEO and his affiliates will not sell any shares.

Colony Financial Inc. (CLNY Stock Report) has become somewhat of a mainstay on our lists of penny stocks recently. In May CLNY stock traded around $2 and Digital Colony announced a strategic recapitalization of Beanfield Metroconnect. Digital Colony is the digital infrastructure investment platform of Colony Capital. With the economic discussion focusing on reopening and getting back to business, real estate stocks have started attracting new interest.

[Read More] Making A List Of Penny Stocks? These 3 Are Trading Much Higher This Week

This month the company reported its second-quarter results posting revenue of $372.4 million. Colony also reported a loss per share of $0.04. Management explained that “Despite the impact of COVID-19, the Company’s digital portfolio companies across investment management and operating businesses grew core organic revenues approximately 9% on average YoY in the second quarter.”

However, what has become a bigger focus is what CLNY’s insiders are doing.  Several FORM 4s were filed showing Colony’s CFO, CLO, COO, and CEO all buying stock. In total, 220,000 shares were purchased between $2.48 and $2.7992 with 100k of those shares purchased by CEO Marc Ganzi.

Since May, CLNY stock has seen 2 distinct rallies with the first stalling out around $3.30. This week, the penny stock has tested the $3 mark a few times. Will it get over this threshold before the end of the month or is it set to slide back again?

GEE Group Inc. (JOB Stock Report) has been a quiet mover over the last few weeks. Following a big jump at the start of the 3rd quarter, JOB stock has flip-flopped between lows of $0.76 and highs of $1.74 with the exception of July 2nd. That’s when shares jumped to a high of $2.49 following news that GEE eliminated over $47 million in debt and mezzanine financing.

The company said it paid approximately $5.1 million in cash and issued about 1.8 million of GEE restricted common shares. This is how it was able to “eliminate” the debt, which comprised approximately $19.7 million of subordinated debt and about $27.7 million of preferred stock mezzanine financing. After things settled down, JOB stock found footing for the time being around its 50-Day Moving Average. The professional staffing and human resources stock has experienced another uptick in price this week.

YRC Worldwide Inc. (YRCW Stock Report) has become another mainstay on our list of penny stocks to watch. But it might not be there much longer. That’s because YRCW stock has started testing the $5 mark this week. You might remember this penny stock from earlier in the third quarter.

On July 1, the Overland Park, Kansas-based company made the announcement. YRC announced that the U.S. Department of the Treasury “intends to provide a $700 million loan to YRC under authorization provided by Subtitle A of Title IV of the CARES Act.” That saw YRCW stock jump from $1.85 the day prior to highs of $3.55 on the 1st. Since then, shares have traded relatively sideways, spiking one last time to a $3.69 high before coming back to trading around $2.70 for the last few weeks.

Fast-forward to this week and YRCW is trading right at $5. Last week the company its HNRY Logistics launched a custom pool distribution freight solution for a major American, domestic houseware merchandise chain. The announcement cited the chain as operating more than 1,400 retail stores in North America. In addition to the new strategic pool distribution partnership in the Georgia, Tennessee and Alabama markets, the customer’s partnership expands with the YRC Worldwide companies. 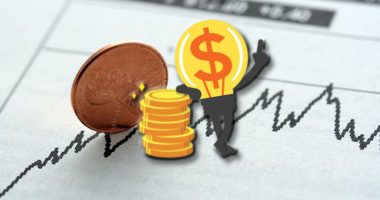 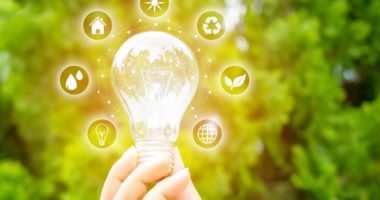 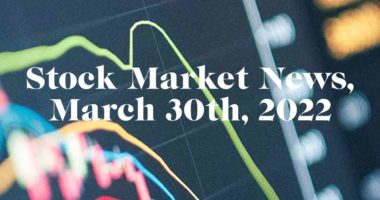 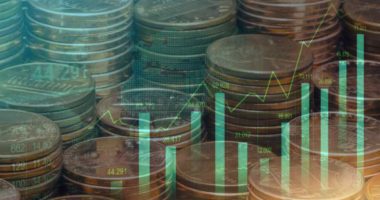