3 Penny Stocks To Watch With Unusual Volume In August 2020

These Penny Stocks Are Experiencing Unusually High Volume In August

Penny stocks are in focus this month. What began with a few small-cap breakouts last week has sparked a surge of interest in penny stocks this month. The main idea behind trading penny stocks is to leverage small sums of money in return for large gains. I’m not talking about a 5-10% return.

That might be amazing for large-cap, blue-chip stocks in the S&P 500. But when we’re talking about stocks under $5, the goal is for gains that could reach into the hundreds of percentage points. On top of that, these aren’t gains that come over the course of years. In some cases, we’re talking about days or even hours. If you’ve been trading penny stocks for at least the last 2 weeks, you’ve seen certain penny stocks not only run hundreds but thousands of percentage points in 48 hours.

Do all penny stocks produce gains like that? No, in fact, the risks involved with penny stocks are far greater than trading something like Apple or Google, for instance. If one of those stocks were to slip a few pennies or even a few dollars, it wouldn’t dramatically impact the value of the position.

But if you have a penny stock – one trading below $5 – a drop of $1 could completely ruin an account. Additionally, because of the higher volatility in penny stocks, big swings in price come from both directions. So, it’s important to keep in mind that you’re trading for one reason: to make money.

Volume can act as an indication of interest in any stock, including penny stocks. Considering that each will have its own average daily volume, some traders use this to their advantage. How? They look for irregularities, mainly unusually high volume. Some will look for irregularities by the minute, others will look at the day-to-day change. It all depends on your personal trading strategy.

Despite the concern about U.S. and China trade relations, Xunlei Limited (XNET Stock Report) has weathered the storm. Ever since mid-March, the penny stock has been climbing higher. Albeit a volatile penny stock from day to day, the overall trend is clear. On Thursday, XNET stock reached highs of $4.85 just as it came out of the lunch hour.

If you remember last year, XNET was one of the top penny stocks to watch starting in August. It ended up climbing as high as $7.20 in 2019. Also, it was trading above $5 toward the beginning of the year. So there’s still a ways to go before talking about 52-week highs.

In any case, XNET stock has experienced multiple days of above-average trading volume this month. Thursday was the latest example of that and the biggest one-day move XNET has seen in quite some time. Xunlei Ltd is a cloud-based acceleration technology company in China so could it have something to do with the recent uptick in tech stocks?

Well, it’s possible but Xunlei also has a tie-in to blockchain technology. Obviously the recent spike of interest in crypto and bitcoin has turned some extra attention to related stocks. Other than that, the most recent headline was regarding an approved plan to repurchase up to $20 million of its shares over the next 12 months. The bottom line, do you think this latest move will continue if the price of Bitcoin heads higher?

Bionano Genomics Inc. (BNGO Stock Report) is no stranger to higher volume. We first started following this company closely in April. At the time, the company had begun a study identifying certain substances related to resistance or sensitivity to COVID-19. Moving on from there, the rest is history as they say. BNGO stock has climbed from lows of $0.25 to consistent trading levels above $0.70 this quarter.

The company’s key focus is its Saphyr system. This is a platform for ultra-sensitive and ultra-specific structural variation detection. The company says that this enables researchers and clinicians to accelerate the search for new diagnostics and therapeutic targets. It also allows them to streamline the study of changes in chromosomes. This month the company announced the publication of the first study to utilize the Saphyr system for the analysis of structural variants in lung cancer and metastases.

“We believe this study and the growing body of publications on Bionano data show that Saphyr is indispensable for personalized medicine and for furthering the understanding of tumorigenesis and cancer progression.”

One of the things to keep in mind is what is expected to come this summer. In its July 9th PR, Mark Oldakowski, Bionano’s Chief Operating Officer said, “Our next software release planned for later this summer is expected to make structural variant calling from non-human organisms more powerful and straightforward than before.”

Century Casinos Inc. (CNTY Stock Report) was trading above $8 earlier this year. Then when the pandemic hit, CNTY stock dropped as low as $1.01. Since then shares have been attempting a recovery. It briefly left penny stock territory in May and June but fears of another drop sent the penny stock falling again. Thursday saw an aggressive recovery in CNTY stock as shares rose 13% in the session. Furthermore, the stock experienced one of its highest share volume day since July 21st.

This move came a day after Century made a big, aftermarket announcement. The company reported that its Century Resorts Alberta Inc. subsidiary entered a definitive agreement to sell the casino operations of Century Casino Calgary. The sale price came in at $7.5 million and a 3-year, quarterly earn out. The deal is expected to close this fall.

“This transaction immediately strengthens our balance sheet,” Erwin Haitzmann and Peter Hoetzinger, Co-Chief Executive Officers of Century Casinos remarked. ” The Calgary casino is one of our smaller operations, contributing $8.4 million in net operating revenue and $1.2 million in Adjusted EBITDA (approx. half from the casino operations we are selling and half from sports bar, bowling and entertainment operations we will continue operating) in 2019.”

It’s also worth mentioning that Casino stocks have been on the move with the likes of MGM and Caesar’s trading higher this week. Can this news and industry momentum help boost CNTY stock further in August? 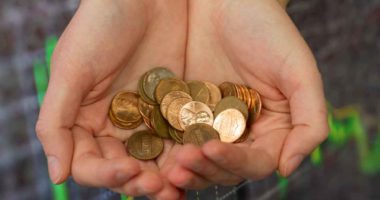 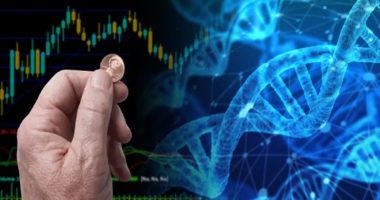 Looking for biotech penny stocks to watch? Check these 3 out for your list 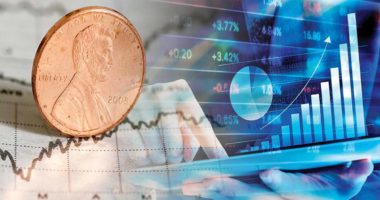 Are these penny stocks worth it or not?