Penny Stocks Are ‘Cheap’ But Are They The Best Option For You?
Total
4
Shares
Share 1
Tweet 0
Pin it 3

4 Cheap Stocks To Watch This Week

Penny stocks are definitely considered “affordable” but let’s not get than confused with “cheap”. When it comes to these small- and micro-cap companies, the price tag of the stock itself shouldn’t be the only thing you look at. Believe it or not, these “cheap stocks” can be quite “expensive” when you break it down to fundamentals.

If, say, you’ve got a $0.30 penny stock you’re watching and see there are 2 billion shares outstanding and the company has $10 million in debt, there’s a good chance that the particular stock is expensive. That’s compared to another one of the penny stocks around that price with a company holding far less toxic debt and with a much smaller share structure.

This isn’t to say that all penny stocks with such scenarios aren’t worth trading. It is, however, something to keep in mind when it comes to trading penny stocks. You should also take catalysts into consideration too. Look at some of the coronavirus vaccine stocks this year. Many of them were in that “expensive” category.

However, the sheer market momentum pushing that piece of the market was far greater than whatever shortcomings the fundamentals held at the time. So, it’s up to you to determine if penny stocks are worth it or not. Keeping this in mind, do you see these as “cheap” or “expensive” stocks to watch right now?

Shares of Matinas BioPharma (MTNB Stock Report) have started the second half of the week on a high note. MTNB stock price reached a high of just over a dollar during the morning session. However, there doesn’t appear to be much of any news to cite as a potential catalyst to this move. There are, however, a few things to cite that are of particular note this month.

First, at the end of June, Matinas announced that it had resumed enrollment in its ENHANCE-IT and EnACT Trials. Here’s the important thing to note. Eventhough topline data is expected in the first quarter of 2021, the company expects to complete enrollment in August of 2020. So that’s one thing. Next, Matinas has also set a date for is second-quarter earnings call. On August 10th, the company will discuss operational and financial results for Q2 after the closing bell.

Aside from this, Matinas participates in a few upcoming industry conferences. The first of which will be the BTIG Biotech Conference next week. Specifically, on August 11th CEO Jerome Jabbour will host a fireside chat. Given the recent surge on Thursday, is there something else at play or is this speculation ahead of next week’s earnings/potential completion of enrollment of those 2 trials?

We discussed eMagin Corporation (EMAN Stock Report) several times over the last few months. Since early May, EMAN has been one of the penny stocks to watch. The company focuses on organic light-emitting diode on silicon microdisplays and virtual imaging products.

A lot of its revenue comes from sales to military, consumer, commercial, and industrial customers. If you remember last month, the company was cited in an agreement with the Department of Defense and a $33.6 million agreement. The outlined specifics entailed sustaining and expanding “critical industrial base production of organic light-emitting diode microdisplays capable of meeting high-performance requirements in resolution and brightness.”

This week EMAN stock saw another move higher. Shares reached a fresh, 52-week high of $1.64 on Thursday morning following the release of eMagin’s earnings date. A week from today, the company presents its second-quarter results. If you’ve followed eMagin prior to today, you might remember its preliminary revenue update concerning Q2 numbers.

VistaGen Therapeutics, Inc. (VTGN Stock Report) is one of the penny stocks that flourished at the end of 2019 reaching a high of over $1 in December. However, at the start of 2020, along with plenty of other stocks, VTGN slid. The company itself is developing medicines for anxiety, depression and other central nervous system (CNS) disorders.

Things really began picking up in July for Vistagen and we can clearly see this translated in the daily volume surge. This ended up culminating in a big move after the company announced results of a positive meeting with the U.S. FDA last month. It was regarding Vistagen’s Phase 3 development of its PH94B treatment for anxiety.

“Notably, the FDA concurred that our initial pivotal Phase 3 efficacy study may be conducted in a manner substantially similar to the highly statistically significant Phase 2 study of PH94B…The FDA’s specific guidance will enable us to simplify the process of assessing efficacy among SAD patients in our Phase 3 studies and contribute to significant time- and cost-efficiency in the clinic.”

After securing $5 million in non-dilutive cash from a license payment by EverInsight Therapeutics earlier this week, Vistagen announced the closing of a previously announced financing deal. The company raised $12.5 million at $0.80 per share. VistaGen currently intends to use the proceeds for the continued development of its CNS pipeline programs among other things.

If CohBar Inc. (CWBR Stock Report) isn’t familiar, it’s likely because it hasn’t met your minimum volume threshold. If you scan for high-volume penny stocks, CWBR stock might not hit it if you’ve set a minimum volume to 400,000 shares. CWBR stock has been very lightly traded in comparison to many other penny stocks in the market recently. It was one of the big movers this year rallying from under $0.90 to highs of $4.25. But obviously we can see that wasn’t able to last. The biggest drop came at the end of June. That’s when CohBar announced that it was raising money.

Things have started picking up again for the company this quarter. Similar to Vistagen, CohBar picked back up on phase trials. In July the company annouanced the resumption of its Phase 1b trial for CB4211. This is the company’s treatment for nonalcoholic steatohepatitis and obesity. Something to keep in mind is in a press release, CEO Steven Engle said, “As we navigate the evolving COVID-19 environment, we remain committed to completing this first clinical study of a mitochondria based therapeutic as quickly as our sites allow. We expect to provide an update on the study during our quarterly call next month.”

Furthermore, the company set a date of August 13th for its financial results to be discussed. Again, there wasn’t much to act as a catalyst for the recent move. However, we’re heading into a key update week. Meanwhile, CohBar is also presenting antifibrotic data this week at the American Thoracic Society’s Conference between the 5th and 10th. Specifically, it will cover the company’s pipeline treatment for certain fibrotic diseases including IPF, MBT2. 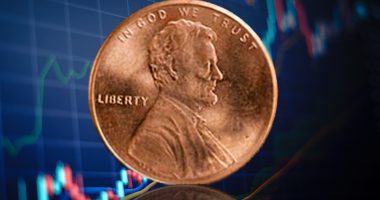 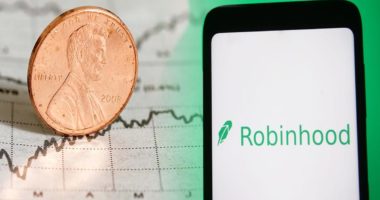 Are these Robinhood penny stocks worth adding to your watchlist? 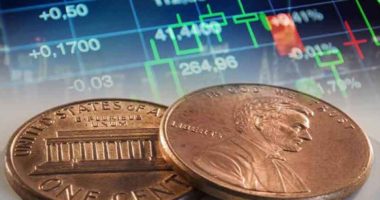 New SEC proposal could be a big win for day traders & anyone looking for penny stocks to buy. 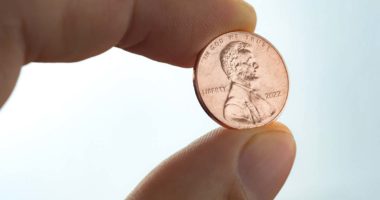