If you’re like most people considering penny stocks to buy right now, you’re looking at certain criteria. A few things I would focus on include recent news, government approvals, financings, disclosure filings, and last but not least, technical indicators. Penny stocks are well-known for their ability to generate quick gains even without any initial or evident catalyst.

We saw that with several cheap stocks on April 14. While most traders will buy and sell penny stocks in a single day, some traders also look for opportunities for swing trading. This can see people investing in penny stocks for as little as 24 hours or for weeks.

However, when it comes to longer-term potential, there are far more things to consider than chart technicals. So keep that short list I gave in mind when doing your research. This week has been a wild one already.

A number of traders are looking at the latest trend in the broader markets. While this is usually not a gauge for small-cap and micro-cap stocks, it can be used to monitor overall sentiment in the market. The S&P has climbed to new, 30-day highs this week as optimism grows. With that being said, it may be worthwhile to have a look at a few names seeing significant momentum lately. Will they be the best penny stocks to buy right now? You decide.

Sorrento Therapeutics Inc. (SRNE Free Report) has been on the move for the last few weeks. Despite there being a “death cross” on its chart, shares have actually pushed back toward previous highs from February. If you’re not familiar, the “death cross” is the inverse to the “golden cross”.

It’s a bearish chart pattern that triggers when the 50-day moving average crosses down, below the 200-day moving average. A golden cross, for reference, is a bearish pattern where the 50DMA crosses up and over the 200DMA. In any case, SRNE stock has managed to cross above both of these moving averages, which previously had acted as a level of resistance since the early first quarter.

Recently the company has focused its efforts on collaborating with Celularity Inc. Earlier this month, Celularity announced that the U.S. FDA cleared its Investigational New Drug application for the use of CYNK-001 in adults with COVID-19. CYNK-001 is the company’s proprietary cell therapy originally used for immune-oncology treatment. The two companies have a long-standing relationship that dates back to Celularity’s inception.

The next step, now is for the company to commence a Phase 1/2 clinical study for up to 86 patients with COVID-19. Since the start of the month, SRNE stock has been steadily climbing. In fact, unlike some of the other coronavirus penny stocks Sorrento has been much more consistent in its move as opposed to some of the parabolic breakouts and breakdowns we’ve seen from other penny stocks. Will this trend continue?

If you ever wanted to feel like you knew something before others, cases like Obalon Therapeutics (OBLN Free Report) could be it. The penny stock hasn’t really been anything to write home about at all. After quietly sputtering out to new 52-week lows earlier this month, it didn’t seem like anything was going on with the company. In fact, as of March 25, the company flat-out said it was exploring options for the sale of the company amid pressures felt from the coronavirus. Obalon brought on Canaccord Genuity as an advisor to help them figure out their purpose, so to speak.

Since the main focus for Obalon is on developing “novel technologies for weight loss” it made sense that times could be tough for the company. Cue April 14 and the afternoon session. Late in the day on Tuesday, shares of OBLN stock skyrocketed. By the end of the session, the penny stock saw some of its highest trading volume in 6 months. Even more, the stock was halted more than a handful of times as the stock jumped from $0.67 to highs of $1.75.

Why did Obalon Therapeutics stock jump?

Whether or not this can help the company in the long-run is yet to be seen. But for now, there is only the patent listing on the USPTO site. There’s no report from the company as of April 14th at 6PM EST.

This could be an example of a technical move without an obvious catalyst right now. Shares of Microvision Inc. (MVIS Free Report) climbed late in the day on Tuesday for no apparent reason. A few weeks back, the company announced that it would hand off the production of certain components the company was making. It would give the task to its “April 2017 customer”. The agreement still allows Microvision to profit from each component shipped via a royalty.

“We are pleased to complete this agreement to support our customer’s needs which provides manufacturing stability while at the same time reduces our cash requirements. The agreement with our April 2017 contract customer is expected to generate the same gross profit dollars that we would have earned if we continued to be responsible for the production.

The new arrangement would allow us to enjoy the upside if the customer’s product experiences much higher volumes in the future, while allowing for a lower cost structure and reducing our expected working capital requirements in 2020,” said MicroVision CEO Sumit Sharma.

Why Did MicroVision Stock Jump?

But similar to Obalon, there’s likely some pressure for the company to “find itself”. Case in point, MicroVision retained Craig-Hallum Capital to help it explore “strategic alternatives”. This includes the possible sale of the company or a merger. In either case, the bottom line appears to be that MicroVision’s management wants to make “something” out of the company. Further, it also explained that it is “engaged with multiple interested parties to evaluate opportunities”.

Now, we’ve seen this with many other companies in the past including TOCA, SCON, and even recently PYX. Companies will look to leverage their position as a public entity to attempt to attract a viable suitor. During that “uncertain” period for traders, speculation can become an active driver of the market. On April 14, we may have seen a bit of this as shares jumped late in the trading session. Will it continue? That will be the ultimate question. But MVIS could be one of the names we see on a few penny stocks watch lists this week.

If you’ve been a reader of PennyStocks.com (and downloaded our 60+page ebook), you’re pretty familiar with companies like Aytu BioScience (AYTU Free Report). These are the companies that continue to update the market and see more interest grow as a result. AYTU has been one of the top penny stocks to watch this year. When we first discussed the company in February, shares traded under $0.75. Since then, not only have we witnessed a surge to highs of $2.99, but the stock has held firmly above $1 for the better part of the last month.

While coronavirus has become synonymous with penny stocks, Aytu has received more than just interest from the stock market. The company has been featured by several news and media outlets for its COVID-19 rapid test kits. In a bizarre twist, amid all of this attention on testing kits, Aytu has come out with a few unrelated announcements. These concerned a new oral spray to aid sleep in the South Korea market. It also announced that one of its subsidiaries launched an FDA approved hair regrowth treatment in the U.S.

Aside from that, the previous update, focused on the first 100,000 tests being delivered. Management also “preparing to receive our next shipment of 500,000 tests.” So given this as the case, it will be interesting to see if there is any new information that surfaces considering the latest move in this stock on April 14th. 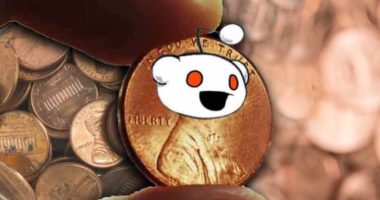 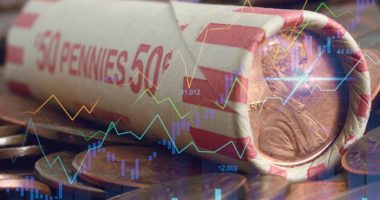 Will These Be The Best Penny Stocks To Buy Right Now? 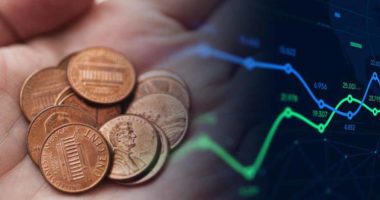 Check out these reasons to buy penny stocks in 2023 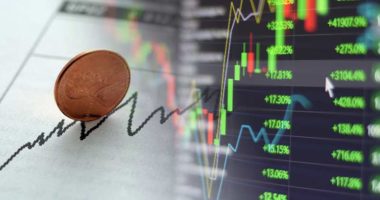 3 Penny Stocks to Watch For the New Year