Broken Down Penny Stocks That Might Be Ready To Move

As much as we like to talk about the great potential of penny stocks, you can’t ignore the huge risks involved. The fact of the matter is that the penny stocks of “today” may have been far from those prices a year ago. Over the last few months, we’ve seen some of the most “unassuming” companies break down to penny stock levels. Sprint (S – Free Report), FitBit (FIT – Free Report), Nio (NIO – Free Report), and countless marijuana stocks have felt the pain.

But where there was pain for some who bought at highs, there was more excitement for others. At the end of the day, the penny stock that someone lost money on could present new opportunities for new traders looking at a penny stock right now. Then again, now at lower levels, even the slightest move can just as easily produce big losses just as they can big gains.

At the start of 2020, there are many different things to take note of. The coronavirus has certain biotech penny stocks in focus while tariff concerns could have an impact on things like oil, gas, and logistics. In any case, it’s not only important to keep tabs on a company’s progress but also the industry that it’s in. Here are 4 penny stock that have gotten rocked over the last few months but may have started to show signs of life this month.

Fist on this list of penny stocks is Sundial Growers Inc. (SNDL – Free Report). Just like many of the other marijuana penny stocks, Sundial has felt the burn of management departures. The company reported that its CEO Torsten Kuenzlen resigned as CEO while Ted Hellard departed from his Executive Chairman seat. Kuenzlen is succeeded by Zach George (a current board member), while Hellard will reposition as Chair of Mergers and Acquisitions.

This comes as the latest C-level shake-up in the industry. In an effort to better streamline the business, we’re seeing a mass exodus of executives right now. Could this create the next wave of opportunities in the industry?

That’s a good question as most pot stocks took off last week following big news from Canopy Growth (CGC – Free Report). Canopy reported better than expected results. Though Sundial had nothing new to report, the “sympathy trade was strong on Friday. Will that continue next week?

Next, T2 Biosystems, Inc. (TTOO – Free Report) has made a comeback over the last few days. After hitting new 2020 lows of $0.76 at the start of last week, TTOO stock managed to come back in a big way. Shares eventually reached highs of $1.23 on Friday marking a turnaround of as much as 61%.

A few things could be in the pipeline for the company (besides its biotech pipeline of items). First, the company has plans of attending several industry conferences this month. The company already attended the Medlab Middle East congress in Dubai earlier this month. Obviously, there wasn’t much of a response from that. This weekend, T2 will be at the SCCM’s Congress.

[Read More] How To Make Money With Penny Stocks

According to the company, Sandy Estrada, Pharm. D., will highlight the capabilities of its T2Bacteria® and T2Candida® panels. So we’ll have the first opportunity to see if there was any big developments after the long weekend. T2 also reports earnings in less than 2 weeks and could be something to take note of as the February 24th date comes closer.

One of the penny stocks that’s been beaten down badly this year is Ambev (ABEV – Free Report). Shares made a strong comeback at the end of 2019. But as soon as this year began, so did the massive sell-off. At the time, ABEV stock traded around $4.70 to kick-off 2020. Since then, it’s been a rough go for the beverage stock.

Last week shares hit lows of $3.70 dropping over 20% since January. But could Friday have marked a turnaround for the penny stock? Shares promptly bounced back to highs of $3.82 before closing at $3.79. This was the first time ABEV stock closed green from both the open and previous close, since late January.

Ambev is not only Latin America’s largest brewer, but it’s also the Brazilian unit of Anheuser-Busch InBev (BUD – Free Report). Brewers haven’t had the easiest time recently. Over the last few years, alcohol consumption in many places has dropped. So while this recent bounce may have given investors some respite, the big question is whether or not it’s a firm turn around or just a breather from a longer downturn.

Finally, Zosano Pharma Corporation (ZSAN – Free Report) was actually one of the penny stocks we mentioned in an article about broken down penny stocks. We asked the question, “Can They Recover?” Well, for Zosano, it not only managed to recover but climbed as much as 53% since we published the article. While that’s great news for our readers, it could be even better for ZSAN if there are real catalysts to take note of.

The initial drop came after the company announced a multi-million dollar capital raise. The offering’s proceeds will be used for pre-commercialization activities and for general working capital and corporate purposes. Now, while this could have been negative in the short term, the long-term outlook needs to be kept in mind. Biotech companies armed with cash can continue to reach new milestones.

While we’re heading into the final stretch of February, we can start looking at next month for any potential milestones for companies like Zosano. With this in mind, the company previously announced FDA submission of New Drug Application for its Qtrypta treatment. Guess what could happen next month? The company expects to receive notification from the FDA confirming whether the submission was accepted for filing for substantive review in March 2020. So this may be something to keep in mind if ZSAN is on your penny stocks watch list. 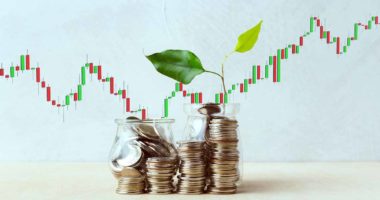 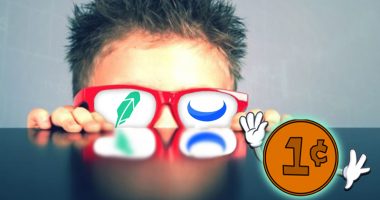 Will These Penny Stocks On Robinhood & WeBull Make New Highs In… 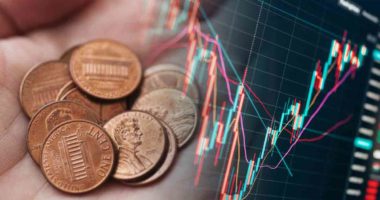 Are you using these methods to find penny stocks to buy? 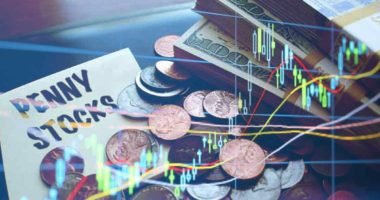