Should Your Focus Be On Small-Cap Stocks In March?

When you look for penny stocks to buy, what are you paying attention to? Are you looking for news headlines, corporate filings, insider buying, or other fundamental events? On the other hand, are you looking to follow the hype and the “Reddit Army” that has emerged this year? Whatever the case may be, you’re most likely focusing on the price of penny stocks first.

What is defined as a penny stock? According to the Securities & Exchange Commission, penny stocks are shares trading for less than $5. So you can imagine that there are plenty of choices when deciding which stocks find their way onto your watch list. Right now, that Reddit Army I was talking about is helping drive a retail trading revolution in the stock market. With this retail revolution has come massive breakouts for penny stocks in particular. Plenty of the focus has been on names involved with vaccine development. For example, Novavax (NASDAQ: NVAX) was one of the big penny stock winners during the pandemic. Shares rallied from under $5 at the start of 2020 to over $331 earlier this year.

Now, do all penny stocks go on to climb thousands of percentage points? No, and you shouldn’t base your strategy around that. However, it isn’t uncommon to see these lower-priced shares jump 20% or more within a single day. Also, there are plenty of instances where penny stocks explode over 100%. Just last week, we saw shares of Xant Medical (NYSE: XTNT) skyrocket over 220% in a single day. Looking at it today shows a much different story as shares have retreated. But it doesn’t negate that XTNT stock was a big mover for those who know how to trade penny stocks.

Penny Stocks To Buy Under $5

Aside from price, it’s important to see what companies are doing to grow and deliver value to shareholders. There was a trend with ghost ship penny stocks flying high earlier this year. But the fact of the matter was traders were trading shares of companies with little or no recent operating history. The risks involved are much greater. So when looking for the best penny stocks to buy, make sure you research the company and the stock’s trend in the market. With this, we’ve got a short list of penny stocks trading for under $5 right now. Just because they’re “cheap,” will they be the best to buy now, or should you avoid them for now?

ServiceSource International Inc. has been one of the companies we’ve discussed earlier in the year for its volatility. While there hasn’t been a strong trend firmed up, overall, the intra-day and short-term swings SREV stock has seen are noticeable. The company offers outsourced sales and customer service solutions. With exposure in nearly 180 countries, there’s a wide birth of industries that ServiceSource provides services for.

Though last year was a tough year across the market, ServiceSource actually managed to beat its Q4 EPS and sales estimates. ServiceSource posted earnings per share of 2 cents for the quarter compared to $0.01 in the same period a year prior. Sales came in at $51.06 million compared to last year’s $45.79 million.

[Read More] Best Penny Stocks To Buy? These 4 Are Bouncing With The Stock Market

Gary B. Moore, ServiceSource’s chairman and the chief executive officer, commented that “In the fourth quarter and over the course of the year, we delivered for our clients through a prolonged period of constrained technology industry spend in nearly every sector. Against this backdrop, we grew closer to the world-class brands we serve and improved the health of our partnerships.”

One of the biggest drivers this week won’t be found in the headlines. But, if you dig a little in its filings, you’ll see that Edenbrook Capiptal LLC picked up over 240,000 shares between an average price of $1.5948 and $1.6806. This latest round of purchases between February 25th and March 1st brought Edenbrook’s position to over 18.79 million shares.

Another one of the penny stocks that have been trending recently is EMAN. For the most part, shares have held a solid uptrend, except the last week of sideways trading. Year-to-date, EMAN stock is up over 165%. Considering that we’ve discussed this company for over a year now, a lot has happened, and I won’t give you a history lesson. But I will discuss some of the more recent developments that’ve contributed to the move. It may also be worth looking at the stock chart as some technical trends may be forming as well.

The company specializes in microdisplays used in military applications as well as in AR & VR devices. Earlier this year, the company had received a Notice of Allowance from the US Patent & Trademark Office for the patent application titled “Microdisplay With Reduced Pixel Size And Method Of Forming Same.”

In addition to this, also keep in mind that eMagin is the company is supposed to begin the upgrade of its equipment and facilities via a buildout of a new space in New York. This was based on the arrival of new equipment under its $5.5 million IBAS grant and $33.6 million award from the Department of Defense for U.S. domestic capability for high-resolution, high-brightness OLED microdisplays.

Earlier today, an article discussed how many penny stocks have broken out and then pulled back to major moving average levels with the broader markets. Inuvo has also followed a similar trend. The last few weeks saw a pullback in shares of the company. However, over the last few days, the penny stock has managed to hold support at the 50-Day Moving Average. It has also started March on a high note. Shares popped earlier in the morning, bouncing firmly off of that 50DMA and reaching highs of $1.49 during the session.

There weren’t any headlines during the session to pair with the move. However, INUV stock seemed to have still been gaining after its last update. Last week, the tech company announced that its IntentKey AI technology grew its customer base of B2B electronic components company at scale. This week, momentum has compounded, especially during after-market trading on Monday.

The reason why has everything to do with Inuvo’s latest update. The company announced that on February 24th, its subsidiary, Vertro Inc. entered into a Google Services Agreement with Google LLC that went into effect on March 1. Vertro agreed to use Google’s WebSearch Service and AdSense For Search on approved websites. Furthermore, the term of the agreement takes this deal all the way through to 2023. This was another example of why corporate filings shouldn’t be ignored. No headlines were on the company’s news wires, but details were fully revealed in the 8-K filing posted on Monday. We’ll have to see if this latest move continues in March.

Are Penn Stocks Worth It?

Risk and reward. That’s the name of the game when it comes to penny stocks. To determine if they’re worth it or not, you need to understand your risk tolerance. Are you ok taking a higher risk in return for a higher potential reward? On the flip side, would you rather keep risk at a moderate level with subsequent moderate potential reward? No matter your answer, keep in mind that not all penny stocks are the same. Some will break out big while others will jump slightly. Others might fall apart completely. For this reason, it’s important to have a solid footing and have a full grasp on the basics of day trading, in general. 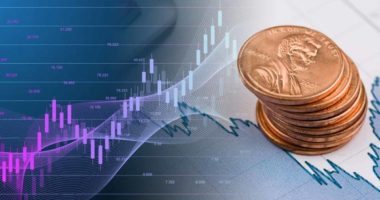 Are these under $1 penny stocks on your watchlist? 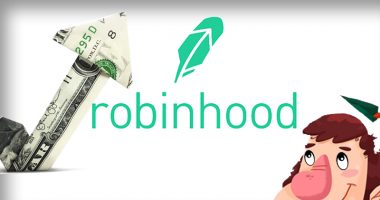 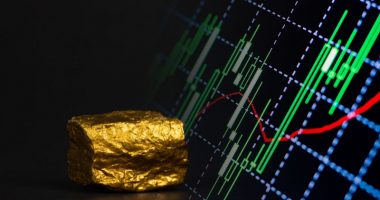 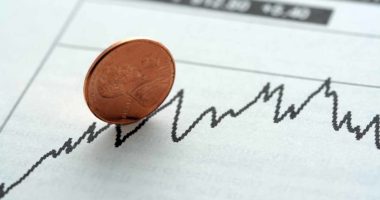