Penny Stocks To Watch Right Now; 1 Up Over 960% Since November

Stock market futures pulled back on Tuesday morning. Despite a short week, however, things are off to a very active start, nonetheless. This is especially true for several small-cap stocks and micro-cap stocks. As you may or may not know, this is a big week for global leaders, as they meet at the World Economic Forum.

Tuesday morning, President Trump addressed guests and discussed his recent successes for the US economy. “Today I’m proud to declare the United States is in the midst of an economic boom, the likes of which the world has never seen before,” he said. However, it would seem Trump’s statements and the opinion of the International Monetary Fund are in stark contrast.

Under these conditions, it’s likely that volatility could become a factor. That might also create a good scenario for things like penny stocks. With this in mind, here’s a list of penny stocks to watch as the short week gets off to a running start.

The first on this list of penny stocks to watch, AIM ImmunoTech Inc. (AIM – Free Report) jumped during premarket trading on Tuesday. This comes just a few weeks after the company saw a slew of insider buying that kick-started the year. Its biggest focus is on its Ampligen treatment. In a corporate update, AIM ImmunoTech discussed how its flagship drug is being studied in 6 immuno-oncology clinical trials.

“Most notably, two grants by the U.S. Department of Defense (DOD) were issued for Ampligen immuno-oncology research. These DOD “Breakthrough Awards” total approximately $15 million to Roswell Park Comprehensive Cancer Center and Moffitt Cancer Center to study Ampligen in combination with other immunotherapies – including pembrolizumab (KEYTRUDA®) and Intron A – in the treatment of brain metastatic breast cancer.”

The company expects both these DOD-funded trials to commence in 2020.  With 2020 expected to see more clinical trial data, could this be one of the top catalysts behind the recent momentum AIM stock has seen this week?

Next, IMC International Mining Corp (IMCX – Free Report) has also gotten off to a strong start in 2020. Since January 8, shares have made a move from C$0.25 to highs of C$0.37 last week. This 48% move comes as gold stocks and gold mining stocks are captivating investor interest. I discussed it earlier in this article that slowing economies and geopolitical concerns have brought a bit of volatility to the market. With that volatility comes a focus on safe-haven stocks like gold.

So, what’s the highlight to look at when it comes to IMC? Its 100% owned Bullard Pass Property in Arizona could have untapped potential. In fact, in an amended and restated NI 43-101 Technical Report, the author suggests that the Bullard Pass property is a “property of merit and further exploration is warranted.” In addition, previous reports support this in that the near-3,900-acre property has patented claims with soil indicating mineralization exists.

As one of the penny stocks we’ve covered since May, Novavax Inc. (NVAX – Free Report) has seen an explosive month in January. That was no different to start this short week. Before the market open, shares of Novavax jumped to more than $10. That move of 160% in the matter of just 1 week has been helped by key developments from the company.

Last week the company announced that it received Fast Track Designation for its NanoFlu in older adults. Specifically, the company suggests that the FDA’s decision “reflects the urgent unmet medical need for a more effective vaccine against influenza, particularly in the older adult population which often experiences serious and sometimes life-threatening complications, of the disease” according to Stanley C. Erck, President and Chief Executive Officer of Novavax.

While the company expects top-line clinical data from the trial by the end of this quarter, many are laser-focused on what comes next for Novavax. Furthermore, the company said that the data could also support a U.S. biologics license application and future licensure of NanoFlu using an accelerated approval pathway.

Finally, FuelCell Energy (FCEL – Free Report) remains one of the top penny stocks to watch this month. It was one of the names on the list of penny stocks to know right now. Not only are shares up significantly over the last 30 days, but FCEL stock has also climbed 966% since the start of November.

Last week the company came out with yet another big update. FuelCell Energy reported details on the performance of its SureSource™ fuel cells for providing microgrid solutions. According to the company, the results were successful. “When designed and implemented properly, microgrids capitalize on all the benefits of fuel cells for on-site energy applications,” said Ben Toby, Senior Vice President, Direct Sales and Customer Service.

“FuelCell Energy’s innovation in the development of fuel cell microgrids delivers all of the value streams of this cutting edge technology to our customers, including resilient, reliable, cost-effective clean energy.”

This comes after several previous wins made by the company. Namely, it closed a $60 million deal with Exxon Mobil Corp (XOM – Free Report) late last year. Furthermore, the company successfully launched its 7-year extended life stack modules earlier in January. What’s more, is that this week investors will see how last year’s progress added to (or took away from) the company’s financials. Earnings are set to report on January 22. 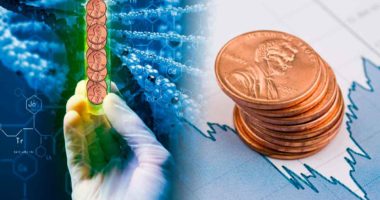 Biotech penny stocks continue to see momentum; should you add these 4 to your watchlist? 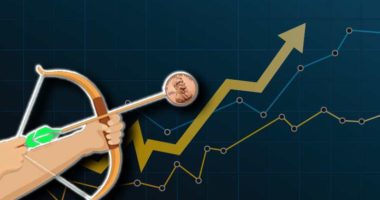 Are These Penny Stocks On Robinhood A Buy Right Now? 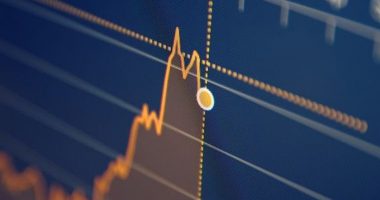 A simple penny stock can be very complex. Investors need to know… 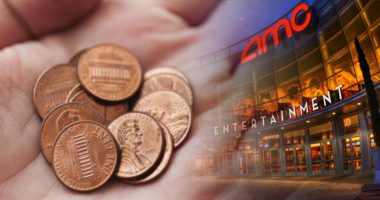