Would You Add These To Your List Of Penny Stocks To Buy?

Penny stocks have been flying high this week and May has seen some big moves. You’ve got to admit the federal reserve and government have helped propel things a bit further in Q2. On Wednesday, Federal Reserve Chair Jerome Powell weighed in on the state of the U.S. economy and it didn’t sound great. He warned that America faces a slow and painful economic recovery without additional government relief.

Employers in the US cut more than 20 million jobs in April. This sent the unemployment rate to 14.7%. Many of the losses fell on poor and minority households. “There is a growing sense…that the recovery will come more slowly than we would like, but it will come and that may mean that it is necessary for us to do more,” he said. The interesting part right now is one of the few places people are making money during this time is in the stock market.

In fact, people interested in investing in penny stock have increased a lot over the last 60 days. Call it curiosity or call it coincidence, the fact is that we’re seeing an uptick in new and interested traders right now. All of that could equate to more liquidity and more trading momentum as the year progresses. On that same note, if you are new to penny stocks, make sure you’re getting a proper education.

Unlike popular opinion may suggest, trading penny stocks isn’t like gambling, you can consistently become profitable. But it takes time, learning, and discipline to do so. You can start with a 60+ page ebook all about penny stocks and the basics of trading. Just subscribe to PennyStocks.com and you get it for free. Then it’s not a bad idea to start learning strategies from real day traders to hone your skills.

Even try paper trading so that you can practice without risking your hard-earned money while you’re learning. If you’re ready to dive in after doing all of that, it’s time to start putting together a list of penny stocks to watch. After seeing a few perk up this week, will these make it to your list of penny stocks to buy, or are you avoiding them for now?

Lexicon Pharmaceuticals (LXRX Stock Report) had a bit of a lack-luster year thus far. But it was actually one of the penny stocks we followed closely from October to December of last year. After rallying to highs of $5.33, LXRX stock fell to lows of $1.70 in 2020. It hasn’t really managed to say in a meaningful trend ever since. There’ve been periodic breakouts to over $2.50 at times. So this might be one of the more popular penny stocks among day traders.

Why is LXRX stock on the move again? This week the company reported additional data on XERMELO’s® antiproliferative effects against various cancers. The data were published online in conjunction with the American Society of Clinical Oncology 2020 annual meeting ( May 29 – June 2, 2020 ). XERMELO is approved for the treatment of carcinoid syndrome diarrhea in combination with somatostatin analog therapy in adults inadequately controlled by SSA therapy. But it’s not currently approved for any other use.

“We are pleased that this preclinical study demonstrated that telotristat ethyl has antitumor effect in various cancer types. Today’s data support the conduct of additional studies to examine telotristat ethyl’s effect on tryptophan hydroxylase positive cancers,” said Praveen Tyle, Ph.D., executive vice president, research and development of Lexicon. Since this penny stock’s news was released after the market closed on Wednesday, it could be something to attract attention on Thursday morning. In any case, LXRX stock has started to move up during post-market trading on May 13.

Many of you might remember Arcadia Biosciences Inc. (RKDA Stock Report) from last summer. It was a wild runner that sprinted from $1.82 to highs of $10.20. But as quickly as it broke out, RKDA stock fizzled out. Over the last 7 months, momentum slowly died down and RKDA stock fell as low as $2.30 in March. However, over the last few months, the penny stock has been in a very consistent uptrend recently reaching highs of over $5 at times. On Wednesday, Arcadia stock settled out at $4.81; up 74% for the second quarter alone.

Aside from expanding its intellectual property portfolio, Arcadia came out with fresh info on May 13 which could be of note. Arcadia announced its Q1 earnings right after the closing bell. Q1 EPS came in at $0.290 compared to estimates of an EPS loss of ($0.54). That’s over 150% higher just for those keeping track at home.

However, Arcadia did miss estimates on sales figures by over 60%. But what is interesting about that is it’s a 95.57% jump above the actual sales from the same period in 2019. Take what you will from the results but it looks like that market has already started to respond in favor after the closing bell. Could this be a tipping point for RKDA stock?

“This is an extraordinary moment in time for all of us,” said Matt Plavan, Arcadia’s president and chief executive officer. “Our priorities throughout this challenging time remain the same: to maintain the health and safety of our people and to maintain business continuity and advance our business objectives without significant interruption. I’m happy to say that we’ve been successful in accomplishing these goals.”

Altimmune Inc. (ALT Stock Report) is another one of the higher priced penny stocks to watch right now. Ever since late-February, ALT stock has been a fan-favorite for day traders. The move began after the company first reported that it completed the first development milestone toward an intranasal COVID-19 vaccine. The company also launched a collaboration with the University of Alabama at Birmingham on the development of its single-dose, intranasal COVID-19 vaccine, named AdCOVID.

After recently appointed a former Pfizer and GSK executive to its Board of Directors, Altimmune announced its first-quarter 2020 results. Not only did EPS beat analysts’ estimates but so did sales. On top of that, the company revealed that it intends to conduct a Phase 1 clinical trial of AdCOVID in the fourth quarter of the year. Shares tested the 2020 high of $4.45 again on Wednesday marking a move of 135% since January 2. But since the news was released after the market close on May 13, how will investors react on the 14th?

Whatever the case, it would seem management is thrilled at the moment. Vipin K. Garg, Ph.D., President and Chief Executive Officer said, “Throughout 2020 we have put significant effort into developing our pipeline; from advancing our vaccine candidates, AdCOVID and Nasoshield, to IND enabling studies and manufacturing for ALT-801 and HepTcell. Based on our progress, we are poised for a data-rich year, with the expected initiation of NasoShield, ALT-801 and AdCOVID clinical trials.” 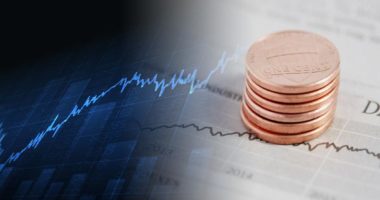 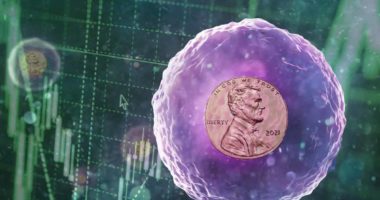 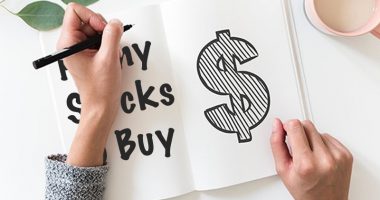 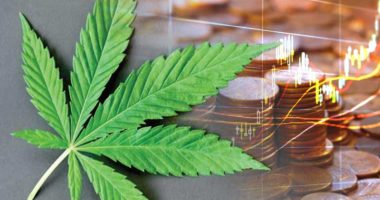