More often than not, seasoned money managers say that investors should explore a range of growing sectors and then choose specific stocks. The same holds true when it comes to penny stocks. Though your average money manager might not recommend these cheap stocks in a long-term portfolio, investors who like risk may want to explore this niche on their own. But you need to look at certain trends for potentially winning stocks.

I don’t mean a chart trend, per se, but more of a growth-trend. This can apply to industry growth, corporate growth, sector growth, etc. If a stock is on the move, it’s up to you to research and understand why. If you can’t find out why and you’ve exhausted everything from news to corporate filings, then you may want to avoid that stock and find something else.

One sector that has generated impressive growth over the past few years is the biotech sector. On top of that, in recent weeks, energy stocks have also made a run. So it is worthwhile for investors to have a look at penny stocks in these spaces, considering the current temperature of the market. Today we’ll look at a few that have just made fresh December highs. Can that trend continue into the new year?

The first penny stock that could be part of the watch lists of investors at this point in time is Noble Corporation (NE Stock Report). The penny stock recorded significant gains after the company made an important announcement. On Tuesday, the offshore drilling company announced that Stephen Butz has been appointed as its new Chief Executive Officer.

More often than not, such an update can swing the stock one way or another but the market welcomes the move. However, NE stock actually rallied on Wednesday and jumped by as much as 15.60%, emerging as one of the main penny stock gainers this week. It’s also important to note the industry climate as well.

Energy stocks traded higher with sector indexes catching a boost this week. Benchmark levels for Brent crude and West Texas Intermediate crude saw consistent uptrends as well. Based on these latest updates, investors could be watching this stock closely for the rest of the week.

One biotech penny stock that could be worth tracking is ImmunoGen (IMGN Stock Report). It has generated impressive gains over the course of the past week. IMGN stock has gained as much as 49% since last Friday after making a major announcement.

ImmunoGen announced earlier this month that the United States Food and Drug Administration has allowed ImmunoGen to go ahead with the trial of its investigational ovarian cancer treatment. Prior to this, the company presented results of its dose escalation and expansion for the first-in-human trial of IMGN632 which treats certain leukemias among other things.

“We are particularly encouraged by the activity and tolerability of IMGN632 in heavily pre-treated patients, including a 40% ORR in relapsed and refractory de novo AML patients treated at the recommended phase 2 dose, and the responses in relapsed or refractory BPDCN patients previously treated with Elzonris® (tagraxofusp-erzs) and intensive chemotherapy,” said Naval Daver, MD, Associate Professor in the Department of Leukemia at MD Anderson Cancer Center.

When it comes to biotech penny stocks, it’s important to keep things like this in mind. New progress updates are vital to future success so make sure to read between the lines. We’ve seen all-to-often that topline results may appear favorable but when it comes time to actually meet endpoints in trials, companies can fall short.

During these earlier stages of the company’s Phase trials, the sentiment is positive right now and has triggered this latest move. In fact, things have steadily increased for IMGN stock since hitting 52-week lows of $1.76 during the second quarter of this year.

This month was one of the best for Chesapeake Energy Corp. (CHK Stock Report) in terms of the percentage change. The energy stock hasn’t had the best year, overall. In fact, shares plummeted to 52-week lows of $0.55 from highs of over $3.50 in April. So why in the world would this be a penny stock to watch?

Aside from the obvious trend CHK stock has been in since hitting those 52-week lows, the company has been in restructure-mode. It’s been reworking agreements with noteholders, while also obtaining more money to fuel future growth. In addition to that, the company announced early results of exchange offers for Senior Notes this week. This was equal to over $3.2 billion in early results in exchange offers.

The big question is this: will these moves hold back the bankruptcy bears from knocking down Chesapeake’s doors? Let’s be honest, unless you looked at this stock this month, you’re likely down significantly and CHK stock is obviously fragile as it stands today. So keep this in mind if CHK is on your penny stocks watch list right now. 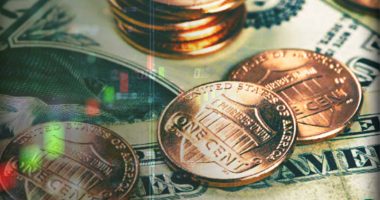 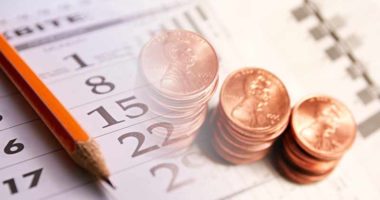 Will Your List Of Penny Stocks Have These On Them This Month? 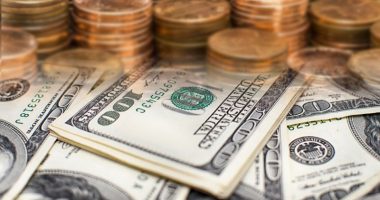