4 Penny Stocks To Buy For Under $1 Right Now

When it comes to penny stocks, its a big focus on volatility. Some of the most sought after companies are those that have consistently risen. Then again, you have day traders looking for the best penny stocks to buy that breakout quickly. In this regard, if you’re going to invest in these cheap stocks, you’ve got to have a plan.

Are you in it to trade penny stocks or are you looking to buy and hold for a few days? This latter strategy is known as swing trading and it can be very effective. For those who can’t stare at a computer screen every waking minute, swing trades can offer a less hectic style of trading. It goes without saying that you should monitor your trades at some points during the day or set stop-losses to protect your capital if things turn for the worse.

However, if you’re looking for some of the best penny stocks to watch this week, there are several that have maintained strong uptrends. These moves have sustained days of momentum. For other companies on this list of penny stocks, the rallies may just be getting started.

Are Penny Stocks Right For Me?

Of course, it all depends on other factors like news, market updates, and general trading sentiment. If you’re new to trading, you may want to take this moment to read our article: What Are Penny Stocks And Are They Worth Buying? It gives a starting point to learn how these small-cap and micro-cap stocks work.

Once you understand some of the basics, it’s time to build your strategy. This can entail fundamental as well as technical approaches. When looking fundamentally at penny stocks, you’ll track corporate filings, updates, and even rumors to get an understanding of the company.

From a technical perspective, chart patterns, indicators, volume & momentum will be your guides. Keeping this in mind, here’s a look at 4 penny stocks that you can actually buy for under $1 at this point in time. Will they be the right fit for your strategy? That is up to you.

Penny Stocks To Buy For Under $1: Bionano Genomics Inc. (BNGO)

This was one of the top penny stocks to watch back in October. Shares of Bionano Genomics Inc. (BNGO Stock Report) soared to highs of $4.70 after announcing a key development with the University of Iowa and PerkinElmer Genomics. The two had started using Bionano’s Saphyr platform in their genome labs. It was a significant development that saw trading volume explode during the days to follow.

Once the stock settled down, it was uncertain as to where BNGO stock might head. That’s especially true considering the company also announced a capital raise, which typically brings negative sentiment to penny stocks.

Regardless, at the end of the day on Wednesday, the company reported huge news. one of the bigger companies in biotech, Noovogene announced that it has adopted the Saphyr system for its genome imaging.

“The world will now have greater access to experience the genomic structural resolution only achieved by Saphyr, which could enable groundbreaking discoveries for a wide array of biological research.  Having Saphyr become part of the Novogene offering is a significant milestone for Bionano and for Saphyr,” said Erik Holmlin, Ph.D., CEO of Bionano Genomics. Will this bring reason enough to put BNGO on the penny stocks watch list in November?

Penny Stocks To Buy For Under $1: Ritter Pharmaceuticals (RTTR)

Another biotech penny stock that saw big action in October was Ritter Pharmaceuticals (RTTR Stock Report). After the company announced a plan to explore strategic options, RTTR stock jumped to highs of $0.445. This may not seem like a lot but considering it was trading around $0.27 right before, that’s a meaningful move for the penny stock.

Ritter engaged a financial advisory firm to explore options for mergers, acquisitions or other transactions to help boost the business. Beyond that, there hasn’t been much in the way of news from the company. However, the company did receive notice on November 1 that it isn’t meeting NASDAQ’s minimum requirements; specifically its share price.

The minimum for listing is $1 but the company has 180 days to comply. Could this latest volume surge indicate new interest or is this biotech stock set to slide lower in November?

Penny Stocks To Buy For Under $1: Heat Biologics (HTBX)

Another one of the penny stocks investors were watching was Heat Biologics (HTBX Stock Report). Unlike the others, HTBX stock took off late in October/early November. After announcing data would be presented at The Society for Immunotherapy of Cancer’s 34th Annual Meeting, shares began to surge.

Conveniently enough, this meeting is this week on November 8th. As we’ve discussed in previous articles, biotech stocks are known for preemptively announcing dates in the future to report results. Speculative momentum can play a role.

However, before continuing its run, Heat filed an amended S-1, which is submitted when companies want to raise funds. In this particular filing, the company showed the registration of 22.64 million shares offered at $0.53 per share. Considering the stock traded at highs of $0.65 the day prior, HTBX stock dropped the following day.

It appears that the move may have become priced in following the drop. Now, anticipation builds as the market awaits the presentation on the 8th. Since dropping to lows of $0.40 on November 5th, HTBX stock has come back by as much as 35%. Additionally, trading volume remains above average heading into the second half of the week.

One of the less popular penny stocks on the list, Chesapeake Granite Wash Trust (CHKR Stock Report) has caught attention in November. Thanks to above average trading volume and a recent price spike, CHKR has become a penny stock to watch. Overall this year, this was a beaten-down stock but after hitting 52-week lows of $0.47 in September, the penny stock has gained some steam.

CHKR stock initially dipped thanks to the receipt of non-compliance by the NYSE. Similar to RTTR mentioned above, the exchanges have minimum listing requirements. Sitting below $1 can make it difficult to maintain a listing and when you say things like this, it can cause some concern:

In any case, shares have rallied again recently after the company’s most recent announcement this month. Chesapeake Granite will issue a distribution from its common units. These primarily relate to its royalty interests from June to August and will be $0.0374 per unit. Payment comes at the end of this month with a record date of November 19. Will this be enough to see CHKR regain NYSE compliance or is this just another jump before the next drop? 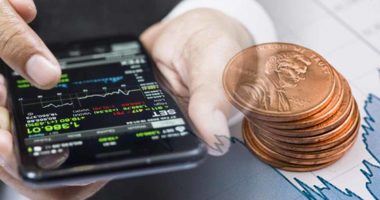 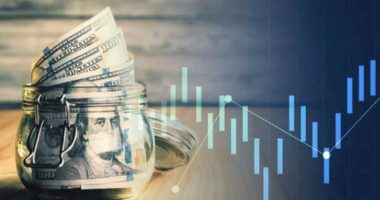 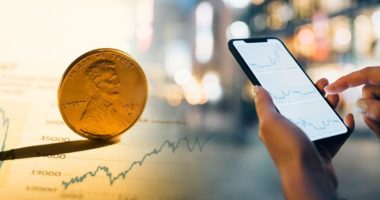 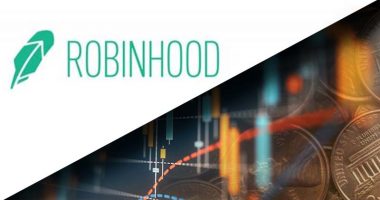 This was a week for the record books. Not only did we…