4 Penny Stocks To Buy, Watch Or Sell This Month?

Investing in penny stocks can be a thrilling experience for some. That’s due to the possibility of making handsome short terms profits. However, you need to do your research adequately in order to pick the right penny stocks to buy.

Given the current climate of the market, volatility is at a feverish pitch lately. This not only goes for the small-cap and micro-cap markets but also for the mainboards as well. The NYSE and NASDAQ have been whipsawing all month.

Now that the markets are getting used to the aggressive nature that volatile markets offer, certain penny stocks could start to come to the limelight. Earlier this week we covered several penny stocks to watch that ended up making it big. Some even traded higher than $70 a share from just cheap penny levels years prior. Needless to say, you need to manage risk more than manage profit in some cases.

Be aware of things like penny stock promotions – or pump and dumps – and overly hyped stocks. Because these stocks tend to be so cheap, a slight move in either direction can mean a big percentage change in your portfolio. On that note, here is a look at four penny stocks that have made notable moves; some not for the better either.

One penny stock that made a significant move on Monday was BioCryst Pharmaceuticals, Inc. (BCRX Stock Report). The company is involved in developing treatments for new diseases. BioCryst announced the appointment of a new board member in one of its recent press releases. The new addition to the board is the chief medical officer of GlycoMimetics, Dr. Helen Thackeray.

After the penny stock’s news broke, BCRX stock skyrocketed by as much as 15.50% at one point. Furthermore, it ended the day with gains of 13%. It is definitely a stock that investors have continued to watch this week. Even after pulling back from Monday’s highs, BCRX remains higher than it finished the week last week. Can it keep going higher or is it time for holders to sell?

The week started off on a good note for many of the stocks in the mining space. That resulted in the impressive rally in companies like Endeavour Silver Corp (EXK Stock Report). The rising geopolitical tensions in the world have pushed investors to look for more stable investments and precious metals are one of those. That has resulted in a further 4% climb in the price of silver.

Silver hit $18.60 per ounce amidst the current political turmoil in the world. Due to the rise in the price of silver, the Endeavour stock rose as well and gained as much as 10% on Monday. EXK stock continued higher on Tuesday as well. Will this signal the next bull run for metals before the end of the quarter?

USA Technologies, Inc. (USAT Stock Report) has not had a great time in the markets for quite some time. Monday was another disappointing day for the company as its stock slipped considerably. The company failed to file its financial statement yet again with the Securities and Exchange Commission.

Earlier, the company had expressed its confidence in the fact that it was going to be able to meet the deadline for the filing. Once it emerged that it failed to do so, many investors dumped USAT stock. The price declined by as much as 10%. However, on Tuesday, shares rallied back to highs of $5.47. This is up by more than 25% higher than Monday’s lows. But just as soon as it jumped, shares tumbled even further.

The sudden drop triggered a trading halt in the stock. Will it close back in on its 52-week lows? What could the future hold for USAT stock? Due to the fact that the company has already stated that it’s unlikely it will retain NASDAQ listing requirements, USAT could become an OTC penny stock to watch. But the verdict is still out as it’s likely to be a “watch and wait” situation given the current circumstances.

Lastly, it was Catalyst Pharmaceuticals (CPRX Stock Report) that had a bit of a rough day in the markets on Monday. However, the more important thing to keep in mind is that CPRX stock tumbled by as much as 12.7% without any news or corporate updates as to material events that may have triggered such a move.

Moreover, Catalyst issued a press release late in the afternoon addressing the matter. The company said that “it is not aware of any information about the Company’s activities that has not been reported that would give rise to [its] decline in the market price of the Company’s common stock.”

That being said, it is important to note that such unexplained tumbles are not unknown among penny stocks. Will this massive dip in CPRX stock price signal investors to head for the hills and avoid it entirely? 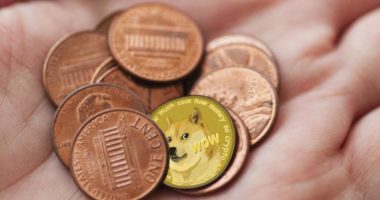 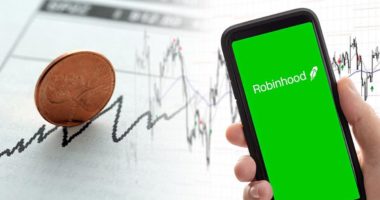 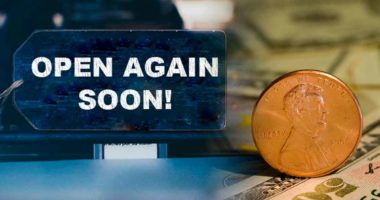 With Reopening Penny Stocks in Focus Right Now, Here Are 4 to Watch 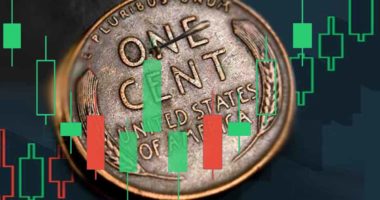