5 Penny Stocks To Buy For Under $1 In September

Do you know how to put together a good list of penny stocks? Seems like an easy question, right? But when it comes to a sound penny stocks watch list, there should be a lot that goes into it. As we already know, penny stocks are high risk/high reward stocks. The trouble isn’t finding penny stocks breaking out but penny stocks that can sustain an uptrend for more than a few hours.

Though there’s no guarantee of anything with any investment, strong volume and a steady trend are good to have in place if a penny stock has a chance at a sustained uptrend. Then again, it’s hard to determine how long you should hold a penny stock. The volatility can come into play quickly with a knee-jerk press release or sector adjustment.

However, in the event that you have a penny stocks list full of bullish companies, your next step will be deciding whether to buy the penny stocks or wait for a pull-back. In this case, it’s important to pay attention to company news as well as specific technical indicators. These indicators can help deaden some of the noise surrounding breakout penny stocks and get down to the trend itself.

Many times, overhyped stocks will see dramatic drops in price but a keep eye for technicals and news/corporate filings can help manage risk better. With this in mind, have a look at 5 penny stocks making money for investors this month. The cool part is that they are all still under $1 per share. The biggest question now is will they continue to yield gains or are they due for a cool-off?

Penny Stocks To Buy For Under $1: Applied DNA (APDN)

The first on this list of penny stocks you can buy for under $1 is Applied DNA (NASDAQ:APDN Stock Report). Shares of the company have been climbing ever since it hit 52-week lows of $0.25 in July.  Among some of its institutional holders, Canguard, Chase Invesment Counsel, BlackRock Fund Advisors, and Morgan Stanley Smith Barney hold positions. Earlier in August, Applied DNA announced that it and TheraCann Internatinoal signed a term sheet to amend certain licensing and cooperation agreements in place.

Further to this, Applied DNA has also struck deals with Schreiner Group to deliver SigNature DNA labels as well as acquiring all of the IP of Vitatex via its LineaRx subsidiary. Vitatex is a biotech company focusing on personalized medicine to isolate certain tumor cells from patient blood samples. Essentially it aims to identify metastatic cells before tumors are visible in other diagnostic tests. Since July, shares have climbed by as much as 72% as of this week.

Penny Stocks To Buy For Under $1: Advaxis Inc. (ADXS)

The next on this list saw a drop to similar levels as Applied DNA. Advaxis (NASDAQ:ADXS Stock Report) shares traded as low as $0.26 this month but have rallied back by as much as 36.5%. This came after the company posted an earnings beat for its Q3 earnings. Advaxis reported losses of $1 per share where estimates suggested a loss of $1.32.

On Wednesday, shares of Advaxis were up considerably with most of the serge coming in from 11AM EST on.  Though there has been no penny stock news from the company recently, volume and price movement have persisted higher.

One thing to note is that the company has said that it has sufficient capital to fund ordinary business until at least September of next year. Whether or not this move has something to do with it is another story.

Penny Stocks To Buy For Under $1: Inuvo Inc. (INUV)

Shares of Inuvo (NYSEAMERICAN:INUV Stock Report) have enjoyed a rally over the last few weeks. In fact, the tech company has seen its shares climb since early August after hitting 52-week lows of $0.19. Over the course of that time-frame, Inuvo has released several pieces of news that may suggest a reason behind this latest move. In a shareholder update, the company explained that it continues to focus on artificial intelligence via IntentKey.

In its quarterly results, the company also reported that it had generated $14million in revenue. Just a few days ago, Inuvo announced that it has integrated connected TV media inventory to its IntentKey. The two agencies can now add Connected TV audiences, identified by the IntentKey to a list of available media for messaging.

This month, Second Sight Medical Products (NASDAQ:EYES Stock Report) has been much more active. This all came to a head on Wednesday. Now, let’s focus on something for a second. Just because a stock is running without having news, doesn’t mean something isn’t happening outside the market. This morning, Second Sight was featured on a stand-alone feature on CBS This Morning.

The feature focused on the huge breakthroughs that its Orion technology could have on people who can’t see.  One of the trial members was interviewed throughout the segment and confirmed that he could see bursts of light when using the system.  Since late August, EYES stock has climbed from $0.76 to highs of $1.12 this week.

Penny Stocks To Buy For Under $1: Guardion Health Sciences (GHSI)

In our article, “5 Penny Stocks To Buy Or Sell Before October?” Guardion Health Sciences (NASDAQ:GHSI Stock Report) was highlighted when it was just $0.325. On Wednesday, GHSI stock has reached highs of $0.789. Thanks to key updates over the last few weeks, momentum has built up in this healthcare penny stock.

Specifically, Guardion announced in September that it completed development of its CSV-2000 contrast sensitivity test. It aims to bring the commercial product to the Vision Expo West this week. Assuming the response so far, could it be assumed that response is good or bad at this conference thus far?

Michael Favish, Guardion’s Chief Executive Officer, commenting on the launch of this next generation of vision testing technology, stated, “The VectorVision CSV-2000 represents a paradigm shift in the accuracy and consistency of vision testing. This technology will allow doctors to more accurately and consistently quantify when treatment is needed and then document outcomes related to various therapies. The introduction of this technology extends Guardion’s leadership in the diagnosis and monitoring of vision changes related to eye disease. “

Like This Article? Check Out Top Penny Stocks To Watch Making Headlines 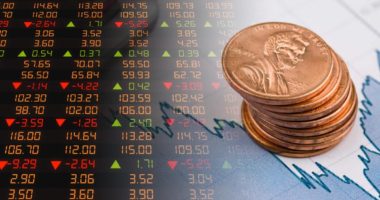 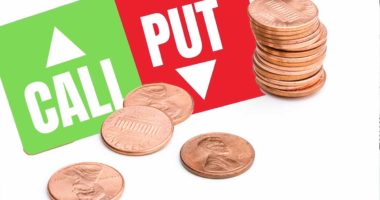 Will Unusual Options Activity Put These On Your List Of Penny Stocks In November? 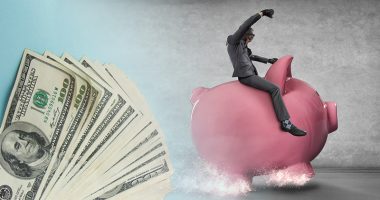 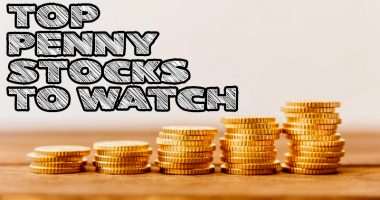