If there’s one thing we love seeing, its penny stocks that stand the test of time.  Sure, you can see the so-called “supernova” stock breakouts that go parabolic in a day. But for the majority of people who want to buy penny stocks, they’ll likely be part of the majority that misses the run. Worse, they could be the ones late to the part who buy at the top and hold the bag. Additionally, some people give penny stocks a bad name because, well, they probably got burnt by treating these stocks like lottery tickets and not investments.

Needless to say, penny stocks are an actively traded equity class and for good reason. Where some will look to trade options due to lower prices, those same options have a time limit. This is called the option expiration. The closer the option is to its expiration date, the more volatile and potentially more worthless it can become if a stock moves in the wrong direction.  Not only do many penny stocks cost pennies, but there’s no time to expiration.

This means traders can find penny stocks to buy and hold them for as long (or short) as they feel necessary. This week we saw a rocky market in general. But despite the volatility of the broader markets, several penny stocks just made fresh 52-week highs on Friday.

Of course, this “penny stocks watch list” would include a gold penny stock or two (or three). Harmony Gold Mining (HMY Stock Chart) has been a penny stock to watch all year.  More specifically, it has been a stock to take a close look at since June. That seems to be when most gold stocks began to rally. In any case, HMY stock reach highs of $3.07 on Friday and from its 52-week low of $1.42, shares have moved up by more than 100%.

This penny stock to watch has been quietly moving over the last 8 months or so.  Avon Products (AVP Stock Report) has long stood the test of time in the multi-level, direct marketing industry. Over the last few months the company has focused more on corporate growth.  Thought its second-quarter results showed a revenue miss, it still topped Wall Street estimates. Furthermore, the company is still producing $1 billion-revenue quarters. Something to keep in mind when you’re looking at penny stocks. Just because the company’s stock traded under $5, doesn’t mean it’s some startup. From its 52 week lows of $1.30 at the end of 2018 to its new 52-week high of $4.47 on August 9, AVP stock has rallied by more than 240%.

Fancy meeting you here, mining penny stock. Yep, I prefaced this at the beginning, mining stocks are rocking right now. So it makes sense for them to be on a list of penny stocks hitting new 52-week highs. Silvercorp Metals (SVM Stock Report) is no exception either. The mining company hit 52-week lows of $1.83 last November. On August 9, SVM stock minted new 52-week highs of $3.82.  This 108% move didn’t happen out of thin air.  The current climate for mining stocks mixed with the growth that the company has seen helped catapult Silvercorp Metals over the last few months.

There’s another gold penny stock to add to the list today. Asanko Gold (AKG Stock Report) is no stranger to momentum. In 2019 AKG stock hit both its 52-week low and 52-week high. It happened within a matter of fewer than 2 months as well.  On June 17 AKG traded as low as $0.4983 and on August 9, AKG hit $1.05 per share. Not only has the company grown revenue, but the company has also further outlined further exploration for the second half of the year. Something to look forward to? We’ll see what the rest of the year has in store now that this penny stock has managed a move of 110% over the last 2 weeks.

Refreshed to see a penny stock that isn’t in mining? Ballard Power Systems (BLDP Stock Report) squeaked out new 52-week highs on August 9. This month the company reported earnings to kick start August. The company beat Wall Street estimates. Ballard reported $23.7 million in revenue with sales at the Technology Solutions platform jumped 61%. Ballard said that it also received nearly $47 million in new orders and delivered orders valued at almost $24 million.  The order backlog is now over $211 million as of the end of its quarter ending in June. From 52-week lows of $2.25 to new 52-week highs of $4.69, BLDP stock has managed a move of 97%. 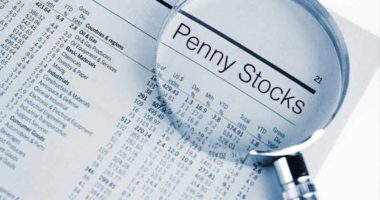 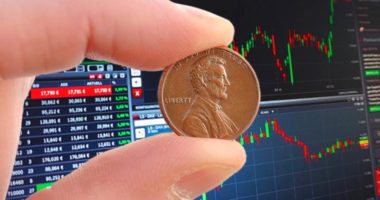 3 Penny Stocks To Watch This Month; Are New Highs Coming? 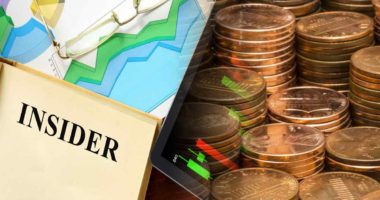 Which penny stocks are insiders buying or selling right now and why? Check these 3 out for your list