This is becoming a popular feature on PennyStocks.com: The 10 most popular “Robinhood penny stocks” of the month.

Some of these companies will be returning for another month and we’ll see some new faces too. Keep in mind that these are the most popular stocks on Robinhood. That doesn’t necessarily mean that these are penny stocks to buy.

This is why it’s so important to pay attention to the details.  The Robinhood trading app is one of the most popular platforms for new traders. It allows you to trade penny stocks without paying crazy fees. The downside is that much of the advanced functionality offered by others like ETrade and TD Ameritrade aren’t quite there yet. So just because we have a list like this, it isn’t a green light to buy anything.

This list of penny stocks is in order of overall popularity. It isn’t in order of price gains or volume. Those technical factors are also important to pay attention to. So without further ado here are the 10 most popular penny stocks on Robinhood in June, 2019.

This penny stocks carried over from our May top 10 list of penny stocks on Robinhood. AK Steel (AKS Stock Report) lost a bit of its staying power dropping from #8 to #10. But unlike last month, AKS stock has performed much better over the last 30 days. How much better? Last month saw shares of the company hit 2019 lows. This month, the stock has rallied from a low of $1.66 on May 31 to a June high of $2.36 on June 28th.

Why did this Robinhood penny stock make such a big move in June? It wouldn’t seem logical to some that steel stocks would be rallying especially with tariffs (before this weekend’s news). U.S. steel imports dropped about 12% year to date according to a report from the American Iron and Steel Institute.  But the tariffs could have actually helped US steel stocks.

“The steep tariffs on steel imports, that were imposed under Section 232 of the Trade Expansion Act of 1962, have provided a much-needed reprieve to American steel makers and instilled optimism in the long-struggling U.S. steel industry.”

Neptune Wellness (NEPT Stock Report) held the number 9 spot on this list of penny stocks for its second month in a row. From the beginning of June to the end of the month, NEPT stock didn’t really change much.  There were some solid spikes during the month but nothing that stuck.  On June 1 the stock was at $4.14 and on Friday NEPT stock closed at $4.35. Highs did take the stock above the $5 threshold too.

What’s the story behind Neptune Wellness? Simple, it’s a pot penny stock. The company signed a deal with Green Organic Dutchman Holdings (TGODF Stock Report) as well as a deal with Tilray Inc. (TLRY Stock Report). The company was also granted an amendment by Health Canada to expand extraction capacity to 200,000kg and for cannabis oil capsule production.

J.C. Penny (JCP Stock Report) was definitely a penny stock to watch this month. Like AK Steel, JCP stock saw a strong reversal in trend. From a price of roughly $0.85 at the end of May, this penny stock moved up as high as $1.25 in June. By the close of business on June 28 the stock finished at $1.14. What helped give the bulls something to get excited about?

Members of JCP’s board were buying more shares for themselves.  Javier Teruel, specifically, put in more than a million dollars to pick up shares of JCP. It was also a bullish sign to investors when CEO Jill Soltau shook up the company’s leadership team. The company is also streamlining its processes. This includes new checkout processes, shutting the door on underperforming categories like appliances and in-store furniture, as well as closing underperforming stores. Let’s hope these changes help this penny stock out in the future.

After hitting lows of $1.78 in May, Yamana finished out the month near June highs of $2.57. What sparked this 44% move? Market uncertainty always helps things like precious metals. The company has also been upping production guidance and expansion for its Jacobina Mine. The Phase 1portion of its Jacobina Mine expansion is expected to up the gold production rate to about 170,000 ounces per year by 2021.

The company’s expected to report second quarter results on July 25 so this is going to be something to watch. Also to note, AUY stock gives a dividend to its investors. The company increased its annual dividend to $0.04 per share. That’s not something typical for penny stocks.

This marijuana penny stock is the newbie on this list of most active penny stocks on Robinhood for June 2019. New Age Beverages (NBEV Stock Report) hasn’t had the best month. You can’t even blame the volatility in pot stocks this month either. Though a number of cannabis stocks dropped in June, NBEV stock hasn’t been able to get out of its own way.

The company tried to excite investors with its acquisition of Brands Within Reach at the start of June. The deal effectively gives New Age access to licensing and distribution rights to Nestea, Illy Read To Drink Coffee and others. The company also expanded its retail sales on a global scale with new markets in Hong Kong, Japan, Mexico, Hungary, and Uruguay. Nevertheless, NBEV stock continued to sink.

Once thing to pay close attention to is the NBEV stock chart. A recent “double bottom” pattern has materialized. This penny stock chart pattern can be indicative of underlying bullishness for a stock. The recent increase in upward momentum based on its last 3 volume bars could also be a key confirmation signal of the pattern.  With the latest truce between China and the US, it wouldn’t be surprising to see stocks with exposure to these markets catch attention heading into July.

Groupon Inc. (GRPN Stock Report) held the #5 position on the list in June. After a relatively flat month on May, GRPN stock saw a bit of a choppy start to June. Groupon hit early highs of $3.75 on June 4 but quickly declined to lows of $3.34 by June 6.  Of note is the company’s latest deal and distribution partnership in the US with GasBuddy. The deal scores users access to free gas at gas stations across the US.

Groupon’s Chief Product Officer Sarah Butterfass. “Nearly 20 percent of all U.S. internet users come to Groupon every month.* While that’s an impressive number, we also recognize our potential as a distribution platform as well as the value of connecting with consumers outside of our ecosystem.”

Even though shares finished relatively even by the end of June, the latest uptrend has sparked some attention. Since June 25 GRPN stock has been climbing. Of note has been the number of hedge funds adding Groupon to their holdings.  According to data from InsiderMonkey, hedge fund ownership is on the rise. Let’s see what July may have in store.

This has been a penny stock we’ve written above plenty of times in the past.  Not necessarily for good reasons either. We first mentioned Nio (NIO Stock Report) in an article that warned investors about the risks that could make it a penny stock.

Read: NIO Stock Extends The Slump, Is This Penny Stock Too Cheap To Buy Now?

Sure enough, it happened and NIO stock hasn’t been able to recover since. A lot of concern has to do with mounting competition in China’s EV market. In addition, tariffs didn’t help nor did the companies outlook on the future of Nio itself.

This is a tough pill to swallow for many of the millennial traders that appear to love this penny stock. Some even calling it the next Tesla (TSLA Stock Report). At the end of the day, penny stocks have a lot of risks involved and price can be one of those risks.  As investing legend Jack Bogle once said, “If you have trouble imagining a 20% loss in the stock market, you shouldn’t be in stocks.”

Nio hasn’t helped things either with certain Nio models actually catching fire (again). This happened earlier in the year as well. Can Nio get its act together? Time will tell but our eyes will be on the company’s newsfeed in July to see if it can right the ship.

Moving up on the list of penny stocks popular on Robinhood is Chesapeake Energy (CHK Stock Report). Last month we saw the energy penny stock reeling in pain after taking big from its April highs. So has the trend changed in June?  Well if all you did was buy CHK stock at the end of May and hold it through the end of June, that position would be about the same.  The stock dropped heavily during the month to lows of $1.74 but eventually rallied back to close above $1.95 by the end of June.

The energy sector hasn’t helped things either with the way oil and gas prices have been performing. But the outlook may become brighter for Chesapeake Energy. Analysts from Morgan Stanley say that the company “is in good position to pay down debt and benefit from asset sales in the months ahead.”  We’ll see what happens next and if CHK stock is on the Robinhood penny stocks list in July, hopefully, it will be in a better position.

This energy penny stock has been frequently featured on PennyStocks.com. Similar to NIO, Plug Power (PLUG Stock Report) hasn’t had a very positive sentiment either. Shares are down roughly 17% over the last month.  The company focuses on alternative energy, mainly fuel cell development. Why is PLUG stock performing badly?

It’s a good question to ask especially because revenues and billings are growing. But because the consumer market is still slower and margins are slim, you may see why Plug might have a leak.  I think Plug Power is still a penny stock to watch because of its revenue growth.

If the company can streamline operations better, this could be a sound storyline. Furthermore, the company said it is on pace for its largest second quarter in company history. The only problem is, it’s not expected to report its Q2 earnings until August 8. What do you think will happen to PLUG stock in July?

Once again FitBit (FIT Stock Report) remains the most popular penny stock on Robinhood in June. The technology stock finished May near its 2019 lows. So, how did FIT stock fair in June? Not that great. As I said above, just because these penny stocks are “popular” on a trading app it doesn’t mean they’re good penny stocks to buy. Fitbit shares closed June lower than they did in May by roughly $0.50 as the company continues to deal with negative sentiment.

Though Fitbit is expecting revenues to increase this year, it’s only by 1-4%. It also expects adjusted gross margins to decline slightly, as well as declining selling prices.  The lower prices are in place to help combat competition from heavyweights like Apple (AAPL Stock Report) and others. And with analysts not expecting much, will the retail public follow suit? 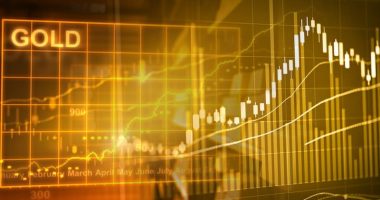 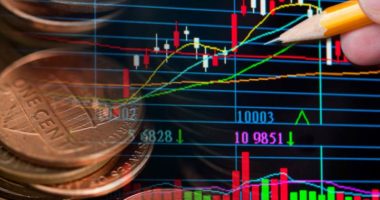 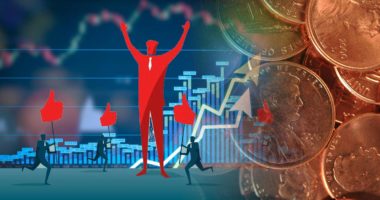 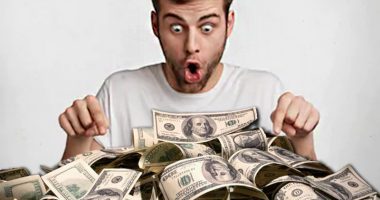