Are Cheap Penny Stocks Worth It?

If you’re new to trading penny stocks, you may ask yourself, “Are they worth it?” I can confidently say…it depends. All jokes aside, how you approach the stock market today and your taste for risk will determine a lot of the answers to that question. Presuming you’ve got a handle on some of the basics of trading cheap stocks, you’ve likely seen how impressive the gains can be, especially when referencing stocks like AMC, GME, and other meme stocks that have broken out to record levels in the past.

Taking price risk into account on its own, the cheaper the stock, the more likely you are to encounter higher levels of volatility. Case in point, a stock trading for $10 must move a whole dollar to record a 10% move in price. I say “whole dollar” because another stock trading for $0.50 only needs to move five cents to record the same percentage change. So you’re risk/reward can dramatically change depending on the price of the stocks you’re watching. In this article, we look at some of the lowest-priced names in the market. These can be bought for less than a dollar menu item at your favorite fast food restaurant.

Several have turned heads in the stock market this week for myriad reasons. Some are gaining speculative attention thanks to recent trends in the retail market. Others have released updates on new milestones reached by the companies. We look into what’s going on with some of these popular penny stocks and see if any future or upcoming potential catalysts could be worth considering if these are on your list of penny stocks to watch.

Generally, we tend not to cover penny stocks to watch with lower volumes. That’s typically the case with PolyPid and is likely why you haven’t seen it mentioned before. This changed Tuesday after the company released pre-market news that sent shares on a rollercoaster ride.

PolyPid is a company that provides therapeutics designed for prolonged release. Its lead candidate, D-PLEX100, is in Phase 3 trials to percent soft tissue abdominal surgical site infections. The company is also developing other candidates, including OncoPLEX, for solid tumors, initially in glioblastoma.

This week’s update focuses on D-PLEX. PolyPid provided a positive regulatory update for the platform in preventing abdominal colorectal surgical site infections. PolyPid also reported details and its action plan after its last meeting with the FDA. It said that the company has clarity regarding the regulatory pathway toward a possible New Drug Application submission.

Dikla Czaczkes Akselbrad, PolyPid’s CEO, explained, “We now have a clear regulatory pathway for the possible approval of D-PLEX100 in United States, and we remain highly confident in the potential of our promising late-stage product candidate. We are focused on evaluating the most appropriate measures to implement the FDA’s recommendations and are also preparing for near-term interactions with the EU regulatory authorities regarding D-PLEX100. We look forward to providing further clinical and regulatory updates on both U.S. and European markets.”

Shares of Troika Media’s stock have been in a steady uptrend at the start of 2023. In fact, since the first day of trading during the new year, TRKA stock has managed to climb from around 11 cents to highs this week of 19 cents. The media company has been in the spotlight for several reasons over the last few weeks.

Initially, speculation began buzzing around its proposed deal with Blue Torch Finance. Last month, the two companies entered a further limited waiver of certain events of default under an original March 2022 finance agreement. There are currently “good faith” negotiations between the companies to amend the deal and mitigate events of default. According to the amended filing, the Limited Waiver expires this month if it isn’t terminated sooner by Blue Torch. In a new filing from January 19th, the company stated the following:

On January 13, 2023 Blue Torch Finance LLC (“Blue Torch”) and the Company entered into a further Limited Waiver of certain events of default under the Financing Agreement dated March 21, 2022, by and among the Company, the lenders from time to time party thereto (the “Lenders”), and Blue Torch as collateral agent and administrative agent for the Lenders (the “Financing Agreement”). The Limited Waiver will expire on January 31, 2023, if not terminated earlier by Blue Torch (“Waiver Period”).

With a revised timely, the market continues following along and speculating on a potential outcome. Meanwhile, as retail traders will do, the new focus is on TRKA stock’s short interest. With short squeeze stocks gaining attention, Troika’s 12% short interest, according to Fintel data, has piqued some attention on the stock.

Another one of the penny stocks under $1 to watch this week could be Novo Integrated. It has seen a noticeable uptick in daily trading volumes since the start of the year. The last three consecutive sessions also saw a progressive increase in daily trading volumes. As NVOS stock continues to bounce back from its $0.1007 52-week lows last week, the company’s latest developments have come back into focus.

As we discussed in our article about NVOS stock last week, a proposed purchase agreement is where the focus could be for the market. A recent 8-K filing showed that the company entered into a purchase agreement with SwagCheck Inc. to buy that company and 100% of its outstanding shares “in exchange for $1.00.” It also highlights that SWAG holds “a specific right of purchase of a precious gem collection as provided for in an agreement between SWAG and a Court-appointed Successor Receiver for the United States District Court for the Central District of California.”

Novo is also said to be receiving a $90 million financing commitment, with $60 million being distributed “directly to a receiver for the purchase of the Gems by SWAG” and $30 million in “mark-up” distributed for the benefit of the outgoing SWAG shareholders. As this story develops, plenty of speculation has been fueling sentiment in the market.

EV penny stocks seem to have come back in favor during the first few weeks of 2023. Lightning eMotors is one of the names that bounced back from record lows last month. The company provides medium-duty commercial vehicles and EV technology for fleets.

This month, a slew of news helped ignite bullish sentiment. Updates, including news of record production of vehicles and powertrains reported for the fourth quarter of 2022, as well as the launch of a new fleet planner, added to the excitement.

This week the company announced that its Class 3 Lightning ZEV3 electric van received Altoona testing certification. This is the Federal Transit Administration’s testing procedure for buses. According to the company, its EV is the first battery-electric class 3 passenger van to pass this test. 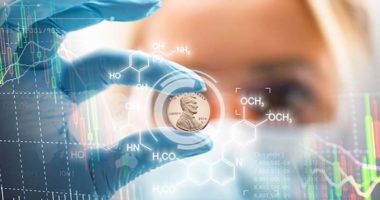 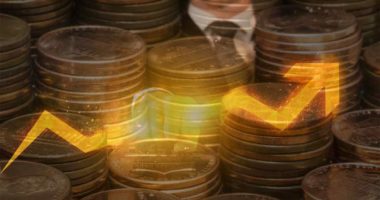 With July only a week away, which penny stocks are investors watching right now? 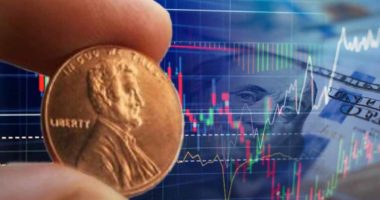 Are you using the news to find penny stocks to buy? 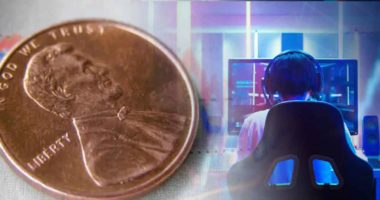