Penny Stocks Rally On the Back Of CPI Inflation Data

This week’s CPI inflation report and jobs data helped boost broader markets. While most penny stocks are disconnected from whichever significant trends are in play, general bullishness doesn’t hurt either.

Thursday’s optimism stemming from cooling inflation has helped put a more risk-on feel into the stock market today. With earnings season beginning, there are sure to be plenty more volatility-fueled days in January ahead.

There aren’t many other asset classes that enjoy wild market swings quite as much as penny stocks. Whether it’s positive news on a phase trial result or negative sentiment from a short report, there are plenty of market catalysts that can spark big moves in cheap stocks daily.

Today we look at a handful of companies with direct ties to cryptocurrencies like Bitcoin, Ethereum, and others. The recent price spike in BTC has prompted traders to grow bullish on the industry even after the FTX debacle. In addition, we also look at any upcoming events that could be worth noting if some of these are on your list of penny stocks to watch.

Bitcoin Penny Stocks To Watch Before Next Week

The digital asset mining company, Hut 8 has been under pressure since Bitcoin prices slumped in 2022. Now that there have been some positive solutions to the FTX situation, optimism has returned to cryptocurrencies. In turn, that has translated into similar optimism for Bitcoin stocks.

Hut 8 specifically builds high-performance computing infrastructure for its digital asset mining operations. Earlier this month, it also gave its latest production and operations update from December’s operations. Hut 8 increased its Bitcoin holdings by 161, bringing its total holdings to over 9,000. In addition, throughout 2022, Hut 8 mined more than 3,500 Bitcoin.

In response, Jaime Leverton, CEO, explained, “In spite of challenging market forces, we continued growing the largest unencumbered, self-mined Bitcoin stack of any publicly traded company, welcomed our new CFO Shenif Visram, and our balance sheet first approach has us well positioned in 2023.”

– 3 Penny Stocks Under $1 To Watch This Week

HUT stock could also be on the list of short-interest stocks to watch. As of this article, TDAmeritrade shows a 10.03% short float on the Bitcoin stock.

Despite the results declining compared to the prior month, this week’s bullish moves in Bitcoin have prompted a similar reaction for BTBT stock.

The company added over 2,600 Bitcoin miners before 2023. In a recently filed December production and mining update, Sphere 3D also outlined its performance for the end of 2022. The company increased production capacity by roughly 267% and great production month-over-month by 74% to 17.93 BTC. Sphere 3D’s BTC holdings totaled just over 103 at the end of December.

“December was transformative for Sphere 3D from start to finish and included the receipt of approximately 12,000 miners from BitFuFu, a successful annual general meeting, and the long-awaited energization of miners at Wolf Hollow.  Once fully deployed and hashing, Sphere 3D’s fleet will total almost 17,000 units with a production capacity of over 1.7 EH/s.

Management also mentioned, “While there were many accomplishments for the Company, the mining industry continued to struggle in December with the further decline of mining economics and additional bankruptcy filings…We were excited to receive the 11,850 miners and look forward to getting them installed and hashing during the first quarter of 2023.  With the near completion of deployment of our initial fleet, Sphere 3D continues to evaluate new accretive opportunities to drive value through the new year.”

One of the most heavily sold cryptocurrency and blockchain technology-related stocks on this list is Powerbridge Technologies. The company saw its shares fall significantly during the 3rd quarter, coinciding with news that it launched its soccer NFTs on the Ali Auction site. Roughly two weeks before that, Powerbridge filed a prospectus to “issue and sell to [YA II PN, LTD.] up to an aggregate offering amount of US$30,000,000.”

Since then, PBTS stock has maintained its levels under $1 and, sometimes, below 10 cents. Nevertheless, the latest pop in BTC prices has helped bring some attention to the sub-$1 stock. Other than its price, the PBTS short float percentage could be something that traders are focused on. According to data from TDAmeritrade today, the PBTS stock short float sits at 57.24%. Other outlets, including Fintel.IO, have this figure much lower at roughly 5%.

The Bitcoin mining company, Bitfarms was also in the spotlight on Thursday. Shares continued surging higher following a solid start to the new year. On January 3, BITF stock was hovering around $0.40. This week the penny stock hit highs of over $0.90. But it wasn’t only cryptocurrency-related speculation helping drive momentum this month.

Bitfarms has also reported several recent and upcoming milestones to keep track of. First, Bitfarms promoted a new CEO and President just before year-end. Geoffrey Morphy had already served as COO and president and had helped build the company from 5 farms to 10 in four countries.

Bitfarms produced 496 BTC last month. The new CEO reacted positively to the update saying, “Activating the full 96-megawatts (MW) in Sherbrooke, as well as completing Warehouse One in Rio Cuarto, and renegotiating miner contract commitments, we have positioned ourselves for strategic growth with minimal cash outlay in 2023.”

There are 5,600 miners scheduled for deployment this quarter to expand EH/s and eventually replace underperforming miners. Bitfarms also presented at the Needham Growth Conference Thursday morning, bringing more attention to its operations as a whole.

Something to remember with all Bitcoin stocks or stocks tied to digital assets is the broad news or trends like we see today with the price of BTC can dramatically influence sentiment. As such, it’s worth paying attention to what’s happening in the crypto industry before adding specific stocks to your penny stocks list. 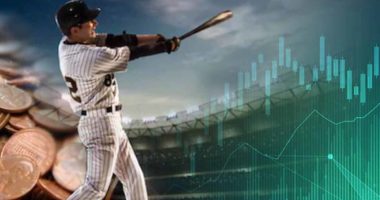 Are these former penny stocks on your list to buy right now or is the rally over? 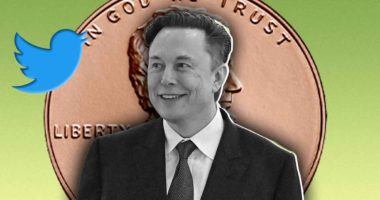 Are these penny stocks ready to short squeeze? 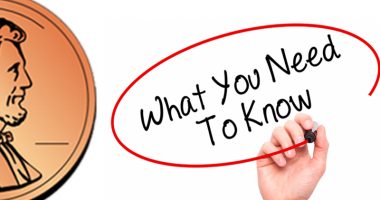