The first day of 2023’s stock market season begins today, and of course, there are plenty of cheap stocks to watch. Also known as penny stocks, these are the lowest-priced equities known for their explosiveness. According to the standard definition of penny stocks, we’re talking about stocks under $5, and with that comes plenty of risks. Price risk, headline risk, and high levels of speculation are significant factors contributing to daily trends.

If 2022 taught us anything, things could change from day to day. If the stock market is up one day, it doesn’t necessarily indicate the trend for the remainder of the week or month. It also doesn’t mean the trend for the next session, either. Last year we saw plenty of sessions where stocks exploded but were immediately followed by some of the most significant sell-off days of the year.

Inflation concerns, recession fears, and overall stock market uncertainty contributed to the broader market volatility. However, the interesting part about penny stocks is that the vast majority move in a manner that isn’t associated with general market moves. Speculation is a driving force and something to be aware of, especially when it comes to stocks under $5.

With so much selling pressure, it has also brought about new interest in things like short-squeeze stocks. These stocks have seen bearish bets building as short traders sell borrowed stock in hopes that prices will drop more. They’ll repurchase these shares at those lower prices, return their loan, and pocket the difference. But when share prices rise instead of fall, short sellers still need to return their loans. Instead of purchasing at lower prices, they’ll buy back at much higher prices and take a loss. This buying (short covering), in addition to general market purchases, contributes to a snowball effect for bullish momentum.

Shares of Cosmos Health have been on a wild ride during the end of 2022. It hit new 52-week lows of $1.69 on November 8th, followed by an explosive rally to highs of $23.84 over the weeks to follow. Now, at the start of 2023, COSM stock sits back around the $4.80 level as the market digests what just happened over the last two months.

One of the main catalysts for the move was prompted by news of entering the development phase for its CCX0722 platform. This is Cosmos Health’s product for obesity and weight management. Fast-forward to the year’s end, Cosmos raised over $32 million. One of the notable events within that financing round was participation by company CEO Grigorios Siokas who bought $3 million worth of the offering.

With fresh capital and plans for deployment, COSM stock is back on the watch list for some at the start of 2023. Where does it sit on the short-interest scale? According to data from Fintel, Cosmos Health’s short float sits around 61%. Meanwhile, according to other outlets like TDAmeritrade, this figure is over 300%. With such a wide discrepancy, the accuracy of where the information is sourced might come into question. I’ll leave the decision up to you. For now, however, it could be one of the penny stocks to watch with higher short interest.

Shares of 180 Life Sciences surged for a third day on January 3rd. The penny stock has been rallying since posting a CEO letter to shareholders. Company Chief James Woody, MD, Ph.D., gave an overview of 180’s past, present, and future. Specifically, he said:

“Our priorities continue to be our clinical programs, repurposing anti-Tumor Necrosis Factor (TNF) drugs for treating Dupuytren’s disease, frozen shoulder, and post-operative delirium…and we plan to continue to evaluate the timing and cost/benefit of additional ongoing research for our early discovery programs…With a reduced burn rate and the financing we have just completed, the Company is in a stronger cash position to move forward with the programs outlined above.”

This has helped bring some upbeat sentiment back into the market for ATNF stock as shares continue climbing on Monday. Adding to the speculative nature of the stock is its short float. ATNF’s short float percentage sits around 59.94%, according to data from TDAmeritrade, and 67.59%, according to Fintel.

There’s no secret that cryptocurrency stocks have gotten beaten up over the last few months. Thanks to things like the FTX implosion, margin calls, and an overall lack of appetite for growth, Bitcoin stocks and blockchain-related equities have significantly underperformed. However, crypto prices surged over the weekend, heading into the first week of 2023. This trend prompted early bullish moves in related stocks.

Marathon Digital is one of the more popular names in the group. The company specializes in Bitcoin mining. But it isn’t simply about mining cryptocurrency. Marathon aims to do so sustainably. One of the growing concerns, especially with digital asset mining efforts, is the sheer energy required to conduct those operations. Companies, including Marathon, have taken the next steps in pivoting to become more environmentally friendly.

No other headlines from the company have come out so far this year. However, sympathy sentiment has helped give MARA stock a boost. What’s more, some traders are looking at the penny stock’s short float for clues on volatility. According to data from Fintel.IO, the MARA stock short float sits at 42.12%. Other outlets, including TDAmeritrade, show this figure slightly higher at around 45.2%.

Another one of the penny stocks with higher short interest is Canoo Inc. Like cryptocurrency-related companies, tech-driven electric vehicle stocks have experienced a high level of bearish sentiment. You don’t need to look much further than what’s happened to market leaders like Tesla (NASDAQ: TSLA) for clues. Elon Musk’s EV company has completely fallen apart over the last few weeks. This week, TSLA stock has tested some of its lowest levels in years. Is this the same for all EV stocks? No, and Canoo is one example.

In its last quarterly update, CEO Tony Aquila explained, “Our Made in America focus has positioned us favorably with the recently announced IRA bill, and we are proud to be one of the only companies that can take advantage of these incentives immediately. Under the backdrop of a volatile market, we will continue to access the capital markets with our just-in-time, milestone-based approach.”

Highlights from the quarter included deals with Walmart and the US Army. The company also expanded fleet orders with companies including Kingbee and Zeeba.

Regarding short interest, GOEV stock’s short float isn’t as high as MARA’s, but it does sit above 20%. Specifically, according to Fintel data, the EV company’s short float sits around 26.89%. 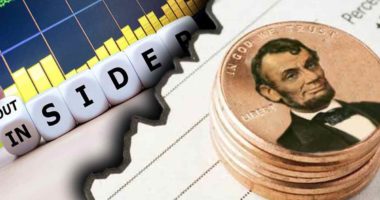 Penny stocks to buy according to insiders but are they making the right choice? 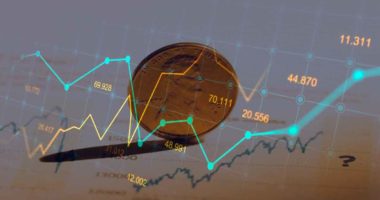 Trading Penny Stocks? Here’s 5 Lessons You Should Know About 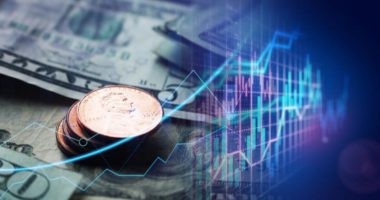 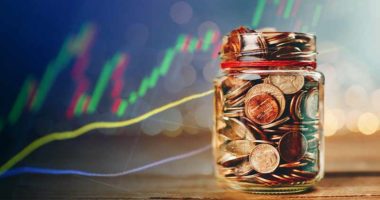 3 Penny Stocks Traders Can Buy Under $1 But Are They Worth The Risk?