Want to find hot penny stocks to buy? Some may say to “Follow” the money. That strategy typically involves hunting for insider trading activity or big block buys from hedge funds. One thing that can get overlooked is “the money” that goes into the options market. In many cases, this derivatives marketplace is a playground for speculation. It can also become a treasure trove of useful data when it comes to finding bullish or bearish “bets” before the stock side of the market makes a move.

If you’ve read some of our articles on penny stocks with unusual options activity, you might’ve seen a few of the companies mentioned ultimately react to some event following the unusual activity. There aren’t any guarantees that above-average Call buying or Put buying will result in an associated move in stock price. But at the very least, the data can come in handy when determining which names to add to your penny stocks watch list.

In this article, we look at a few companies that have seen irregular activity in their options chains recently. We dive into what has previously acted as a catalyst and search for upcoming events or milestone dates that could contribute to potential speculation in the market. This is also the second half of the list of penny stocks discussed in the article”Best Penny Stocks To Buy? 3 With Unusual Options Activity Now,” and you can continue to that article to see the first three names discussed.

The beaten-down penny stock Alaunos Therapeutics has seen some interesting activity in the options market today. Even though it isn’t the highest volume, compared to the current open interest and based on how far out the expiration is, this has sparked some attention today.

In particular, the April 21, 2023, $1 Call options have traded more than 1,200 contracts compared to just 285 open interest. This action comes as TCRT stock attempts to rebound from some of its lowest levels of the year, thanks to a massive sell-off in September and October. The cause of the implosion stems from data that surfaced in a post on GiveSendGo from a patient in its TCR-T Library Phase 1/2 trial. Throw in a $15.7 million public offering at a steep discount to the market at the time, and you’ve got a perfect storm for what’s happened to the penny stock recently.

On a positive note, Alaunos earmarked proceeds from the offering to fund the development of its product candidates in its pipeline.

What To Watch With TCRT Stock

In looking at some of the commentary from management in the November Q3 earnings release, there could be a few things coming up to take note of. Its TCR-T Library Phase 1/2 trial is expected to dose the next patient and file an IND amendment expanding its TCR Library and “enhance the speed and flexibility of our manufacturing process using cryopreserved cell products in the fourth quarter.”

Against that backdrop, TCRT stock options have come into focus, with the majority of volume today happening in the April 2023 Calls. In addition, prior expiration dates in December 2022 and January 2023 also show much higher open interest in Calls than Puts.

Unlike Alaunos, Poseida Therapeutics has action in a much more near-term options chain. With more than 1,000 contracts traded compared to fewer than 200 open interest, the December 16, 2022, $5 calls have garnered some attention. Considering that this is just a few weeks away, some speculation may have begun to focus on comments made by company CEO Mark Gergen last month.

In Poseida’s corporate update and Q3 results announcement, Gergen explained, “We are excited about our collaborations with Takeda and Roche, which have already begun to deliver as we achieved our first clinical milestone under the Roche collaboration. In addition, we are advancing our fully allogeneic CAR-T portfolio and look forward to sharing initial data from both the BCMA and MUC1-C programs soon.”

What To Watch With PSTX Stock

The company’s MUC1C-ALLO1 and BCMA-ALLO1 programs will have initial early clinical data presented at the European Society for Medical Oncology Immuno-Oncology Congress this month. With that Congress taking place between December 7th and 9th, it makes more sense as to what could have prompted such momentum in the options chain for December 16th’s near-the-money calls.

As discussed in the article referenced earlier, marijuana stocks are back on the radar this quarter. We explained, “Midterm elections helped give much-needed attention back to marijuana stocks in general. Now the market speculates on what comes next…November has been a very active month, mainly due to legislative steps being taken now…a joint memo published by Democrats and Republicans in the House outlined details on pending reform. This memo was published ahead of a subcommittee meeting on cannabis, covering decriminalization, regulation protocols, and specific justice reforms.”

Pot stocks are heating up thanks to the optimism stemming from these developments. Regarding Canopy Growth specifically, not much has come out from the company other than recent earnings results. It realized 7% revenue growth sequentially as it reported another record quarter for its BioSteel Sports Nutrition Inc., which it invested in earlier this year.

“We delivered solid sequential quarterly net revenue growth and improved margins, led by another record quarter for BioSteel, the stabilization of our Canadian cannabis business, and continued actions to reduce overall costs. We are pressing forward on our path to profitability in Canada and expect Canopy USA will meaningfully enhance our growth and profitability over time once it closes the announced acquisitions of Acreage, Jetty, and Wana.” – David Klein, Chief Executive Officer.

What To Watch With CGC Stock

One of the sources of speculation in marijuana stocks right now is the SAFE Banking Act. Last-minute lobbying efforts are underway as politicians like Democratic Majority Leader Chuck Schumer ask for scheduling a floor considering of the Act before year-end. He wrote this in a letter earlier this week.

With that, some are taking to the options market to place bets. Today we see some of the most notable action in the December 30th, 2022, $4 Calls. More than 8,600 contracts traded compared to just 326 open interest.

Beaten-down health company Cano Health has seen a welcomed rebound in share price over the last week. Following a meltdown in October and November, CANO stock bounced back over 30% from its 52-week lows. Reports emerged that CVS abandoned the acquisition of Cano Health. Adding to that was worse-than-expected earnings for the third quarter.

Fast-forward to this week, and CANO stock is moving higher. Some have taken words from CVS’s conference call. The pharmacy company discussed its continuing evaluation of M&A options in the primary care space. Specifically, CVS CEO Karen Lynch said, “We believe that we need to do M&A, and we continue to evaluate those options in the marketplace.”

What To Watch With CANO Stock

Whether or not this is confirmation of any Cano-related M&A rumors is to be seen. However, recent acquisition activity within the space by other companies, including Amazon (NASDAQ: AMZN), has begun stirring up chatter among retail traders. Meanwhile, a roughly 15% short float has also placed CANO on the list of short-squeeze stocks to watch.

But regarding options action, that could be the most interesting piece of the puzzle this week. In particular, the March 17, 2023, $3 Calls saw a significantly larger volume than open interest. More than 9,200 contracts have traded compared to fewer than 900 open interest. If CANO is on your list of penny stocks, it is important to understand that some momentum stems from rumors and speculation. As such, any confirmed or refuted outcome of the CVS/Cano “situation” could bring volatility to the market. 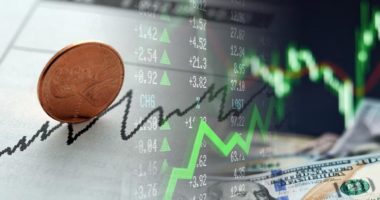 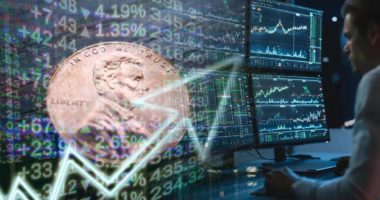 Use these technical indicators for trading penny stocks right now 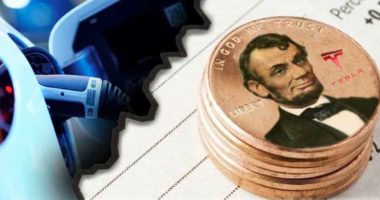 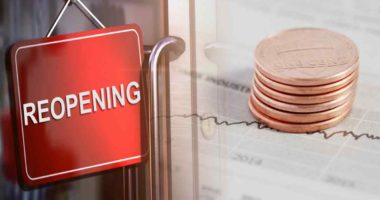 Which penny stocks are investors watching for a new wave of reopening?