The U.S. Federal Open Market Committee November meeting minutes are out. If you trade penny stocks or are looking to invest in higher-priced stocks, details in the November Fed meeting minutes matter in the big-picture.

Many of the latest economic events have helped support a more dovish tone to rate increases and Fed policy in action. By now, you likely know what happened at the November Fed Meeting. You also probably know what Federal Reserve Chairman Jerome Powell discussed in the Fed announcement and press conference. However, if you missed it or want a quick run-down of last month’s FOMC meeting, let’s briefly recap.

In response to recent economic reports and inflation data from September CPI and PPI results, the Federal Reserve took a more dovish stance as far as its statement was concerned. However, the Powell press conference after saw the Fed Chair seemingly walk back much of what the statement entailed and turned more hawkish than anything. Here are some of the top takeaways from that November FOMC meeting:

Despite Powell’s press conference, the markets now look for specific verbiage from the November Fed meeting minutes to see if there are any new details that investors don’t know yet. Also consider recent data from the latest CPI data and PPI data when you digest this latest Fed meeting minute information. As we know, those inflation figures showed some areas where strain could be starting to ease.

– 3 Short Squeeze Penny Stocks To Buy For Under $5

FAQ: What Are The Minutes Of The Federal Open Market Committee?

According to the FOMC, the Minutes of the Federal Open Market Committee “provide a timely summary of the discussion during the meeting and the decisions taken at the meeting. The minutes describe the views expressed by policymakers and explain the reasons for the Committee’s decisions. The minutes can help the public interpret economic and financial developments and understand the Committee’s decisions. As an official record of the meeting, the minutes identify all attendees, and provide a complete record of policy actions taken, including the votes by individual members on each policy action.”

FAQ: When Are The Fed Minutes Released?

FOMC Meeting Minutes are released three weeks after each meeting.

Statements from the FOMC Meeting Minutes:

Data pointed to weakening foreign economic activity in recent months, weighed down by the economic fallout of Russia’s war against Ukraine, headwinds in China, and tighter financial conditions. In many advanced foreign economies, high inflation and disruptions to energy supply contributed to a decline in real disposable incomes and depressed consumer and business confidence. In response, fiscal authorities in Europe and Japan announced packages intended to ease the burden of high inflation on consumers and businesses. In China, data indicated weaker momentum in economic activity and a further deterioration in the property market. Weaker global demand has also resulted in a pronounced slowdown in manufacturing, which weighed on activity in export-oriented emerging market economies in Asia. Consumer price inflation rose further in October in many foreign economies, reflecting past increases in energy and food prices, but also a continued broadening of inflationary pressure within core prices. In response to high inflation, many central banks further tightened monetary policy, albeit at a slower pace in some cases.

In the financial sector, the results of this year’s stress test demonstrated that large banks remain resilient to a substantial economic downturn, but there were indicators of elevated leverage at hedge funds and other nonbank financial institutions. Short-term funding markets continued to have structural vulnerabilities. Funding risks at domestic banks remained low, but prime money market funds, other cash-investment vehicles, open-end mutual funds, and stablecoins all continued to be susceptible to disruptive redemptions.

For real activity, sluggish growth in real private domestic spending, a deteriorating global outlook, and tightening financial conditions were all seen as salient downside risks to the projection for real activity; in addition, the possibility that a persistent reduction in inflation could require a greater than-assumed amount of tightening in financial conditions was seen as another downside risk. The staff, therefore, continued to judge that the risks to the baseline projection for real activity were skewed to the downside and viewed the possibility that the economy would enter a recession sometime over the next year as almost as likely as the baseline.

The action plan moving forward, as outlined in the FOMC Meeting Minutes, include the following:

All voting members were in favor of these actions.

Overall, the reaction to the latest round of FOMC minutes was not as aggressive as some had expected. That’s likely due to inflation data that came out earlier this month. 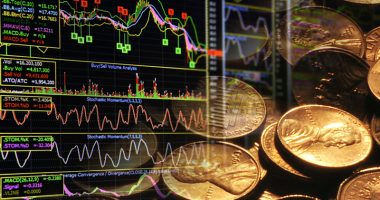 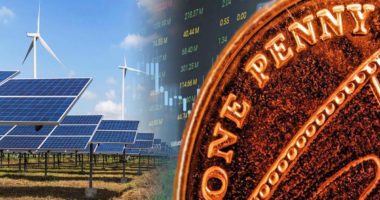 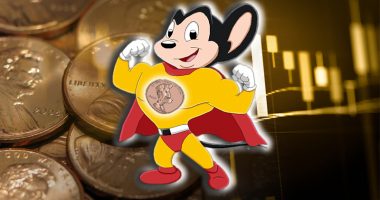