This week is setting the stage for the Federal Reserve’s next move, and economic data could be the tell-tale sign for rate hikes and quantitative tightening to come. But in the world of cheap stocks, those broad market headlines come second to the daily momentum we continue seeing in the third quarter.

In this article, we look at a few penny stocks with high short interest. Whether or not they are top names to buy right now is up to you. We will dive into some of the latest catalysts and, of course, discuss recent short float percentages that could make them ripe for short squeeze watch lists. But first, what is a short squeeze?

If you’re new to trading, you might want to know the significance of stocks with high short interest. The first step is understanding what shorting is and how it factors into the “squeeze” part of a short squeeze.

Shorting involves selling shares that a trader borrows from their broker. These traders profit when stocks drop, and to do that, they want to repurchase shares at a lower price when it comes time to return their loans. The lower the price, the more money they get to keep from the initial stock sale. For example, ABCD stock is trading at $100 per share, and a short seller expects it to drop in price.

They would borrow ten shares of ABCD stock from their broker, sell them at $100, and now they have $1,000 available. In this example, ABCD stock drops to $90, and the trader is satisfied with this move. They would then go back into the market, repurchase the ten shares (for $900), return the borrowed shares, then pocket the difference to make a $100 gain on that short sale.

A short squeeze is a short trader’s worst nightmare and happens when the stock price climbs instead of falls. These bearish traders must return borrowed shares to “cover” their loan. In the cases of AMC Entertainment (NYSE:AMC) and GameStop (NYSE:GME), two of the most notable short squeezes in recent history, anyone betting against them had to scramble to buy back the shares they borrowed at likely much higher prices than expected.

This is why shorting involves unlimited loss potential and has been why some hedge funds have shut down because of the blows delivered by some of the most epic squeezes like AMC and GME.

In our example, if ABCD stock jumps to $120 instead of drops to $90, the short trader has to repurchase shares 20% higher than where they sold them (at $100), and instead of pocketing a $100 gain, the trader is out $1,200. This short-cover buying adds to the already bullish buying of retail traders and can result in a massive surge in stock price within a short period. The risk to consider with short squeezes is that they can implode just as quickly as they explode.

For this reason, short-squeeze stocks aren’t for the timid. The first place to find penny stocks like these is to find ones with higher short interest. Here are a few to take a look at, and then you can decide if they’re a buy or if they should be avoided entirely.

The sports and entertainment streaming company FuboTV has been kicking things up a bit more as the new NFL season begins. Earlier this month, the company announced the launch of a statewide Fubo Sportsbook in New Jersey. That means anyone over 21 years old can start placing wagers on live and future professional and out-of-state collegiate sporting events. The platform integrates “watching and wagering” in a single place.

Sports betting has come into focus following comments from Disney (NYSE:DIS) CEO Bob Chapek came out directly and said that this was why he wanted the company to hang onto its ownership of ESPN. “We believe that ESPN is an asset that is well placed within the Walt Disney Company,” Chapek said recently. Coincidentally, Disney was an early shareholder of FuboTV before its name change, and the NYSE listing was made official. However, the Mikey Mouse company no longer holds a stake.

Nevertheless, traders have focused on the penny stock for different reasons lately. We’ve reported on several, including unusual options activity. This week, the trend in short squeeze stocks has wrapped its grip around FUBO stock. Shares continue trading higher, and the current short float percentage of 25.75% to 27.92%, according to Fintel.IO and TDAmeritrade, has turned some attention to the bet against the company.

Short-term bets have also appeared in the options market with a heavy flow of out of the money Calls expiring this week have hit the ticker tape in the stock market today. More than 39,000 contracts were traded when this article was published compared to fewer than 15,000 in Open Interest.

When you talk about short-squeeze stocks, chances are that you’re also talking about stocks that have gotten beaten up for a while. Astra Space is an example of what we’re talking about. Shares of the penny stock have dropped from over $13 to below $1 within the last year. The latest trend, however, is more bullish than anything. ASTR stock has bounced back 20% over the previous three days of trading. The low share price has lent itself to a significant percentage change on a small monetary price move.

Shortly before that headline broke, CEO Chris Kemp picked up 100,000 shares of ASTR stock. According to an August Form 4 Filing, Kemp paid an average price of $1.2496 per share, bringing his direct holdings to 857,082 shares. In addition to that, and thanks to the heavy selling pressure, ASTR has found itself on the list of penny stocks with higher short interest. According to Fintel and TD data, the short float percentage on ASTR sits between 18.18% and 21.28%.

Like Astra, Clovis Oncology has battled back the bears but to no lasting avail. However, the past few months have been full of volatile trading action that saw CLVS stock jump from 52-week lows of $0.58 to highs of over $3.20.

Earlier this summer, the stock took off after Phase 1 data from a clinical study of Clovis’ FAP-2286 targeted radiotherapy showed promise. Fast-forward to the end of summer, Clovis is back on the radar after a brief pullback in August.

“As further demonstrated by the additional data presented at ESMO, the ATHENO-MONO analysis continues to reinforce the potential of Rubraca as a first-line maintenance therapy for women with advanced ovarian cancer,” said Patrick J. Mahaffy, President and CEO of Clovis Oncology., in an update last week.

While CLVS stock may be down over the longer term, short-term trends have favored the bulls, and the latest short data may have also begun turning some heads. According to TDAmeritrade and Fintel, the CLVS short float percentage is around 20.8%. 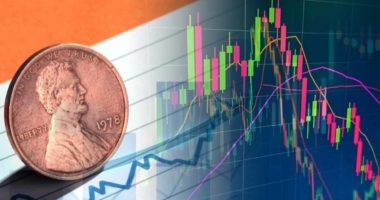 Are you using these trends to make money with penny stocks? 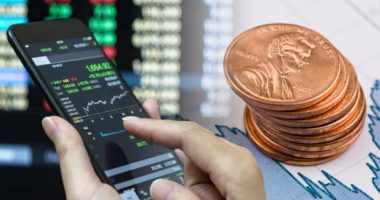 Trading penny stocks next month? Check these tips and tricks out 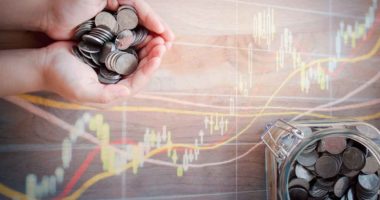 What Are The Top 10 Penny Stocks On Robinhood For January? We…