Penny stocks typically trade for less than $5 per share and tend to be highly volatile. But this wild price action has attracted so many retail traders over time. Whether we’re talking about OTC penny stocks or ones trading on the NYSE or NASDAQ, there are hundreds to choose from.

So, where should you begin? An excellent first step is putting together a list of penny stocks to watch. You could look for companies with news, stocks with unusual activity levels (volume, options, etc.), or you could base your decision to buy penny stocks on social sentiment. Each has its set of risk/reward factors; of course, these aren’t the only ways to find top stocks to buy today or later this week.

This article looks at some of the hottest penny stocks exploding in the stock market today. What’s prompting the market’s reaction, and are there ways that you can take advantage? We’ll look at recent catalysts and take a basic technical analysis approach to see if there’s potential in any of these companies.

You can use this information to help in your research process, and in each case, we’ve also got an opportunity for you to download free stock reports about all penny stocks on this list.

Earlier this month, Minerva woke investors up to a momentum-fueled rally that stemmed from a bullish trend in low-float penny stocks. Considering most outlets show this figure well below 10 million, it makes sense that retail traders would have this on their list of penny stocks to watch. But is there more to Minerva than just another stock to trade?

This week, that question may have gotten its answer. Following its latest earning update, Minerva announced the submission of a New Drug Application to the FDA. The NDA was for its roluperidone in treating negative symptoms in schizophrenia patients.

“We have been in dialogue with the FDA following our Type C meeting in March 2022 , and we look forward to working with the FDA as it evaluates the NDA.”

Minerva said that it thinks additional data and analysis shared with the FDA satisfies the specifics for an FDA approval. NERV stock surged in mid-morning trading following the update. For technical traders, the 50 and 200-day moving averages are of particular interest. Both have been support and resistance throughout August. With another rejection at the 200DMA, it will be interesting to see how NERV stock reacts the rest of this week in light of the stock market pull-back on the 22nd.

Cabaletta Bio comes onto this list of penny stocks after exploding in the stock market today. A near-50% breakout move came without much fanfare of news. However, the company’s filings could show why traders are looking at this company.

The latest 13G filing from Eversept Partners, L.P., shows the firm has a stake of just over 8.2% of CABA stock. Everest has notable holdings in other companies, including GlaxoSmithKline and United Therapeutics. AstraZeneca, Sanofi, and many other healthcare names. The latest 2.1 million share stake appears to have been the bullish vote of confidence to help trigger a move in the sub-$2 penny stock this week.

Cabaletta recently reported second-quarter results and gave a business update. Among its highlights was a discussion on the progress in its DesCAARTes trial with intravenous immunoglobulin and cyclophosphamide before DSG3-CAART infusion. DSG3-CAART is the company’s candidate for treating mucosal pemphigus vulgaris. More importantly, this 13G filing comes just a few weeks before Cabaletta presents data at the September is being developed to treat mucosal pemphigus European Association of Dermatology and Venereology Congress. The event takes place starting on September 7th and goes until the 10th.

In addition to the Congress, the company also presents at the Morgan Stanley and HC Wainwright health conferences next month. In light of these developments, CABA stock could remain on watch for some traders heading into September. It may also be worth mentioning that the last few weeks have marked the first time in a while that the penny stock managed to sustain price levels above the 50-day moving average for a prolonged period.

One of the more explosive penny stocks to watch this month was Helbiz Inc. Like NERV, HLBZ stock was the focus of traders searching for low float and short squeeze penny stocks at the start of the month. Similarly, share prices exploded to new August highs on some of the highest volumes of the year. Now that the dust has settled, the penny stock sits back around the 50-day moving average. The technical level seems to have acted as a level of support/resistance since the early August breakout.

The company specializes in micro-mobility platforms like eBikes, eScooters, and eMopeds. Last week Helbiz secured a deal that expanded its fleet in Miami-Dade County. Also, despite mixed earnings, HLBZ stock has remained on watch lists throughout the month, and it appears Monday has ignited a rebound in the mobility company.

The Swiss biotech company NLS Pharmaceuticals is gaining momentum in the stock market today. It has been a point of interest since late July when it announced the Japanese Patent Office granted a patent for its mazindol extended-release medication. Commercially known as Quilience, the product candidate is indicated in ADHD, narcolepsy, and idiopathic hypersomnia.

The patent added to an already robust basket of IP, including other key patents in the U.S., Europe, Canada, and South Korea. Considering that plans are to report final results from a Phase 2a narcolepsy trial for Quilience late next month, speculation may have already begun building. Oversight bodies, including the European Medicines Agency Committee for Orphan Medical Products, recently issued a positive opinion to grant Orphan Drug Designation for Quilience. It also has an orphan designation in the U.S. for treating narcolepsy.

In light of this upcoming catalyst and having a float below 15 million shares, NLSP has fit the mold of what some traders are focusing on in the stock market this week. Furthermore, from a basic technical perspective, the penny stock has broken and held above the 50-day moving average for the first time since April. We’ll see how this trend holds up toward the month’s end. 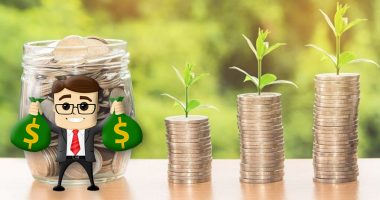 Will These Penny Stocks Be On Your Friday Watch List? With the… 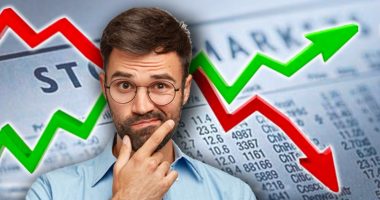 When you’re looking for the best penny stocks to buy, research is… 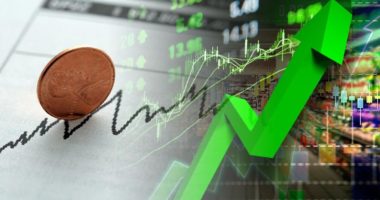 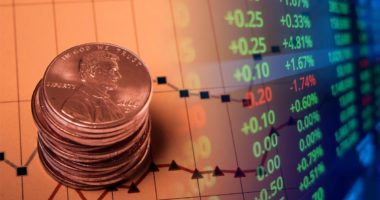 Are these trending penny stocks on your watchlist right now?