5 Penny Stocks To Buy For Under $5

Whether you’re looking for the best penny stocks to buy or just a few to add to your watch list, catalysts can be your best friend. Finding companies with news headlines, recent filings, or even identifying stocks with high short interest are great places to start. While no single potential catalyst should be the only piece of research you do, compiling several together will help establish a more robust thesis.

When it comes to penny stocks, understanding how to handle volatility is crucial. That’s because daily trends can fluctuate rapidly. What’s hot ‘today’ might not be the same ‘tomorrow’ in this wild world of cheap stocks. Today’s article looks at a few penny stocks to watch as the broader market attempts to make new August highs.

Psychedelic stocks have been hot and cold throughout the year, and MindMed is one of these companies. In recent weeks the company has painted a picture of a turnaround strategy, including proposals for cutting cash burn and eliminating an at-the-money equity offering. The suggestions were brought to light by company co-founder, Dr. Scott Freemen’s FCM Holdings.

“FCM believes MindMed has underperformed—operationally, financially, and strategically—as a direct result of management’s lack of focus on its core drugs: MM-110 (18-MC) and MM-120 (LSD). FCM contends that MindMed can bring MM-120 to market in four years rather than seven to eight years, by re-classifying MindMed’s Phase IIb study on MM-120 to a Phase III study.”

Like MindMed, AppTech has tried to rebound from heavy selling earlier this year. The fintech company specializes in digital payment and banking solutions, including access to cryptocurrency. As the price of Bitcoin rose this week, APCX stock responded in kind. Shares surged on Friday to highs of over $1 at one point.

The company recently reported second-quarter earnings showing over $120,000 in revenue and a cash balance of $7.7 million. “In the second quarter, we engaged in a number of forward-propelling activities to accelerate our progression to help meet the planned launch of our platform in 2022. Our team has been focused on delivering a Fintech product to market that will create seamless omni-channel experiences for clients and their customers,” explained CEO Luke D’Angelo in an August update.

Something else that APCX has become known for is its lower float. Most outlets peg this at roughly 11 million shares. Thanks to the attention that this micro-niche has received after a slew of low float IPOs hit the street, it has also started turning heads on Friday.

Another trend we’ve noticed is one involving penny stocks under $1. Embark Technology has been under pressure this year and reached new 52-week lows a few weeks ago. The downtrend came after several updates shed a negative light on the company. Most of the slide happened after the autonomous trucking technology company reported first-quarter earnings in May.

Fast-forward to this week and Embark delivered its second-quarter results, which prompted a move in the opposite direction. The company beat EPS estimates and reported the successful completion of a public demonstration of emergency vehicle interaction capability. It also highlighted key operations improvements and revised its 2022 free cashflow spend.

Alex Rodrigues, CEO of Embark, “The zero reportable crashes in the report are a testament to Embark’s disciplined operational safety processes and technology stack… In the second half of 2022, we are directing our attention to our next milestone – evasive maneuvers – as we work toward completing the four remaining capabilities on our technical capabilities roadmap on schedule.”

Thanks to a more risk-on sentiment in the market, EV, autonomous vehicles, and other growth-driven areas of the market are gaining steam. EMBK stock has joined in on the action.

Earlier this month, we discussed Canoo as one of the penny stocks to watch based on unusual options volume. In the article 5 Best Penny Stocks To Buy On Reddit According To Options Traders, GOEV stock was highlighted thanks to substantial action in the September 2nd $5 Call contracts. Jumping ahead to today and there’s a significant amount of Open Interest in the September 16th $5 contracts.

Nevertheless, as with EMBK, GOEV stock is part of that risk-on niche. Despite reporting a wider Q2 loss, shares have continued higher as the company was part of the $1.2 billion order from EV subscription company, Autonomy. It ordered 23,000 EVs from 17 automakers to expand its fleet beyond Tesla. Canoo was included in the purchase, along with companies like Fisker, GM, Lucid, and others.

This week, GOEV stock rides the wave of a more robust EV industry and could be one of the penny stocks to watch. With a short float percentage of over 27%, it could also be on the list of short squeeze stocks.

This month, Lexicon also reported second-quarter results and gave a business update. Unlike the other names on this list of penny stocks, the results helped continue what has already become a lengthy uptrend in the market. Financial performance was secondary to what Lexion discussed regarding its pipeline.

For instance, its sotagliflozin New Drug Application for heart failure was accepted for review by the FDA. It was also given a PDUFA Action Date anticipated in May 2023. Its LX9211 Phase 2 trial also achieved proof-of-concept in painful diabetic neuropathy. Company CEO Lonnel Coats alluded to additional upcoming catalysts for the market to consider. Coats explained, “We expect to report top-line results in the fourth quarter of this year from a second proof-of-concept study of LX9211 in post-herpetic neuralgia. We believe that our recent achievements for both sotagliflozin and LX9211 have the potential to be transformative for our organization, our stakeholders, and most importantly, patients.”

Jumping ahead to this week, analysts at Piper Sandler have become bullish on the penny stock. The firm started Lexicon with an Overweight rating and a $10 price target. Based on current trading levels, that target is more than 100% higher as of this article. 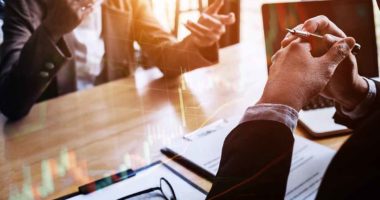 Can you make money in the stock market with a full time job? 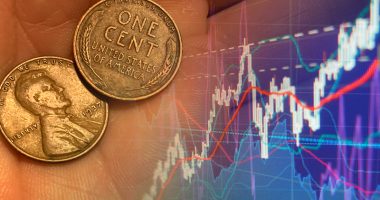 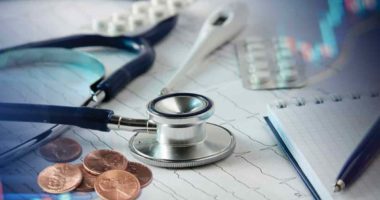