Finding penny stocks on Reddit is one of the most popular choices for investors to make. While not all penny stocks found on Reddit will be valuable, the discussion platform can be a great resource when creating a watchlist.

One thing to remember is that too many investors fail to recognize that just because a stock is mentioned online, it doesn’t mean that it will shoot up double or triple-digit percentage points. With cases like GME stock and AMC leading the charge, many traders believe that any popular stock online could have a chance to do the same.

– 3 Penny Stocks To Add to Your Watchlist This Month November

There are a lot of factors that go into that price action, however. As investors, the first step is to find out as much information as we can. This means looking at financials, press releases, and any other information to fold into your search.

With the power of the internet, traders can use resources like Reddit in combination with other research methods to formulate a solid plan and thesis before diving into blindly buying a random stock mentioned on social media. This can offer the best chance of making money with penny stocks in 2021. So, with all of this in mind, let’s take a look at five Reddit penny stocks to watch this week.

5 Penny Stocks to Watch This Week

This mining penny stock has performed well in the past few days. Shares of DNN stock have jumped by as much as 17% within the past week alone. What’s more, with a 179% year-to-date move, Denison hasn’t found any shortage of bullish attention.

If you’re not familiar, Denison is a mining company that conducts uranium exploration on numerous projects. The company owns a 95% stake in the Wheeler Uranium project, located in northern Saskatchewan’s Athabasca Basin. Last week, the company announced a successful 2021 mining test that showcased the potential of its patented Surface Access Borehole Resource Extraction, also known as “SABRE.” This was a five-year test mining program deploying SABRE at its McClean Lake property. The final stage of the test was recently completed with four mining cavities successfully excavated to produce 1,500 tons of high-value ores.

“With this test result, SABRE has demonstrated that it is capable of mining high-grade uranium ore in the Athabasca Basin region. Orano, as operator of the MLJV, has diligently advanced the necessary R&D efforts as part of a long-term vision for developing a mining method that could benefit our joint venture.”

Given the bullish sentiment around uranium and the latest focus on energy & infrastructure spending, this could be one of the names on this week’s list of penny stocks to watch.

Farmmi Inc. is another Reddit penny stock that has been making headlines over the past few months. Despite its less than stellar stock performance, we have generally seen several days where FAMI stock shoots up in the double-digit percentage points. For some context, Farmmi is an agricultural corporation that offers edible fungi products to various companies. It primarily gives Mu Er mushrooms, bamboo fungi, and other edible fungi products. The company’s online store, Farmmi Jicai, also sells edible fungi products under the Forasen and Farmmi Liangpin brands.

At the end of last month, Farmmi announced that one of its subsidiaries, Zhejiang Farmmi Food Co. Ltd., has recently displayed its product line and fostered sales at a major conference. This was a conference hosted by the Ministry of Commerce’s Circulation Industry Promotion Center. Farmmi was invited because of its prominent position in agricultural product production, promotion, and sale.

“We are proud to have been featured at this major event given our market position and strong support for both economic development in Lishui and growth of the broader agriculture sector. The conference served as an excellent platform for us to engage with customers and supply chain partners as we continue to cultivate sales opportunities.”

The CEO and Chairwoman of Farmmi, Ms. Yefang Zhang

Moving forward, it will be interesting to see what Farmmi announces next. For now, will FAMI be on your penny stocks watchlist?

Lipocine Inc. is a biotech penny stock that has climbed by over 6% in the past five days. This is a company that makes products for treating metabolic and endocrine disorders. Currently, it is developing LPCN 1144, which is in Phase 2 clinical trial to treat non-cirrhotic non-alcoholic steatohepatitis. It also has LPCN 1148, under development for treating NASH cirrhosis, currently in Phase 1 of clinical trials.

On November 4th, the company announced that the FDA granted fast track designation to LPCN 1144. The Fast Track program is designed to accelerate the development and review of products for treating severe diseases with unmet medical needs. Now Lipocine has access to more frequent meetings with the FDA, more frequent written communication from the FDA, eligibility for accelerated approval and priority review of criteria is met, and more.

“The granting of Fast Track Designation represents an important recognition by the FDA of LPCN 1144’s potential to address a significant unmet need in the treatment of NASH. We believe the Fast Track Designation will enable us to work closely with the FDA on our development program for NASH, including the design of the Phase 3 program.”

On the date of this announcement, LPCN stock understandably climbed with higher than average volume. With that in mind, LPCN could be another popular name finding its way on some of the penny stock watch lists this week.

Since late summer, DiaMedica has been attempting to recover from a big blow in June. The company’s lead candidate, DM199, is under development for patients with acute ischemic stroke and chronic kidney disease. However, earlier this year, the company reported results from its Phase 2 REDUX trials, which the company said were “clinically significant,” but the market didn’t seem to agree. The penny stock plummeted from over $7 to as low as $3.

However, since its debut as a penny stock, DMAC shares have slowly but steadily regained some of what was lost. As of November 5, it reached a high of $4.80. The move comes at a time where a few key developments are happening for DiaMedica this month. First, last week, the company gave a late-breaking data presentation on the Phase 2 REDUX trial at the American Society of Nephrology’s annual Kidney Week meeting.

While sentiment remains high heading into the weekend, this week has more in store for the company. Wednesday, DiaMedica reports Q3 financials and gives a business update on Thursday morning before the open. With so much momentum heading into the second week of November, this could be one of the penny stocks to watch right now.

One of the popular themes among retail traders recently involves penny stocks under $1. Meten Holdings has become somewhat of a mainstay on these lists of penny stocks. Though it remains below that $1 threshold, METX stock has made up significant ground since we started following it at the start of October. One of the main contributing factors has been the surge of attention on all things crypto and digital assets; this includes the technology platforms that power these. For some background, Meten is a company that offers English language training services in China.

Where does crypto come into play? Meten announced that it would be adopting a new initiative to develop its blockchain and cryptocurrency business at the end of Q3. Now the company is working on a blockchain technology plan for introducing a Dogecoin reward mechanism and technology. This would effectively allow for digital copyright in education with NFTs. But digging a little deeper, Meten has also found itself right in the thick of other crypto initiatives.

“After an in-depth research and exploration in the crypto world, with the resources and talents of the Company, we are committed to building a professional team to explore the blockchain and cryptocurrency business while maintaining our core adult ELT business.”

In line with this, Meten recently inked a deal with tech firm AGM Group Holdings. This was to speed up Meten’s blockchain and crypto mining business. With Bitcoin prices surging, excitement stemming from NFTs, the latest hype from “metaverse” applications, and more, METX stock has gained much more attention heading into November.

Which Reddit Penny Stocks Are on Your Watchlist Right Now?

While Reddit may not be the only place to find valuable penny stocks, it is an excellent resource for traders to use. Because of this, many investors turn to Reddit when it comes to creating a penny stocks watchlist.

– Are These Penny Stocks Worth Buying in November 2021?

As always, research should be the backbone of your decision, rather than social media sentiment. So, with that considered, which Reddit penny stocks are on your watchlist right now? 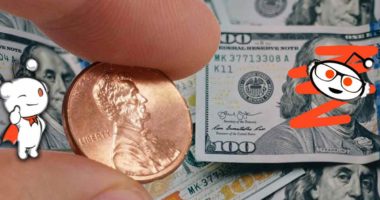 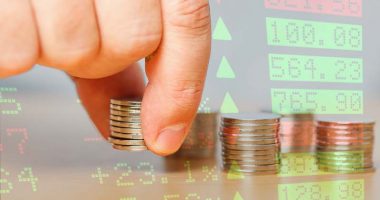 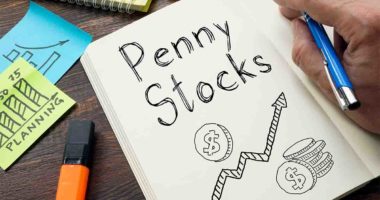 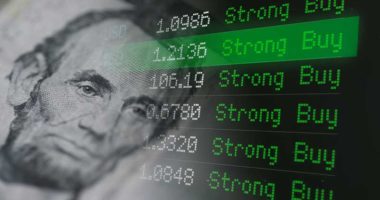