With November off to a solid start for penny stocks, there are plenty of choices for investors of all types. However, before putting any money into penny stocks, investors should have a thorough understanding of a few specific factors.

For one, traders need to have a thorough understanding of what type of investor they are. Within this, we have either conservative investors (those who are less comfortable with risk) and those who are inclined to invest in riskier stocks.

One strategy is not better than another, however, understanding which type of trader you are will help to point you in the right direction. This is important when it comes to making a penny stocks watchlist. The next thing to consider is what is occurring at the present moment in the stock market.

Right now, this includes high inflation, the upcoming jobs report, and the recent Fed two-day meeting. While the pandemic is still around, lower case numbers mean that investors are worrying less in November. However, there is still a sizable amount of uncertainty regarding the future. All of this goes to show that there is a lot of bullishness in the stock market alongside a general feeling of the future being an unknown. So, with all of that in mind, here are three penny stocks to watch in early November.

HIVE Blockchain Technologies Ltd. is a penny stock that has climbed by over 19% in the past five days and more than 50% in the past month alone. This company mines cryptocurrencies in a number of countries globally including Iceland, Sweden, and Canada. Some of the cryptocurrencies that HIVE mines include Ethereum and Bitcoin, which are widely regarded as being the most popular cryptos in the industry.

At the beginning of October, HIVE Blockchain released new financial results. In the results, it reported $37.2 million in gross revenue from digital currency mining. This represents a 466% increase year over year and an 11 percent increase over the previous quarter. Additionally, the company announced a strategic investment in Network Media Group. HIVE and U.S. Global Investors Inc. closed a previously announced non-brokered private placement. The company then issued 13,833,333 common shares at $0.15 per share for gross proceeds of $2,075,000. This deal expands HIVE’s assets related to the NFT and digital content industries.

“As a leader in digital assets and blockchain technologies, we recognize and embrace the NFT revolution and this transformative digital marketplace that is growing at a rapid pace.

Network’s creative leadership and reputation as producers of premium content for global audiences, alongside their access to valued intellectual property, presented the perfect opportunity to forge a strategic relationship to embrace the NFT revolution together.”

The Chairman of HIVE, Frank Holmes

In the past few trading sessions, HIVE stock has seen higher volume than average, indicating popularity in the stock market. Based on this recent info, will HIVE be on your list of penny stocks to watch?

Endo International plc is a penny stock that has seen substantial rises in value in the past five days and one month period. During those times, shares of ENDP stock have shot up by around 17% and over 47% respectively. At $5.08 per share, ENDP stock is teetering on the edge of penny stock territory. However, given that it was under $5 only a day ago, it is worth looking into. For some context, this company distributes both generic and brand-name drugs in a variety of countries. Some of the products it sells include, XIAFLEX which is used to treat adults suffering from Dupuytren’s contracture. In addition, it offers NASCOBAL nasal spray, which is used to treat vitamin B12 deficiency.

The tentative ruling, which was issued only a few days ago, directs Endo and other defendants to file a proposed statement of decision and a proposed judgment consistent with the tentative ruling within 30 days. This case was filed all the way back in 2014, so having an end in sight is a major positive for the company. On the same date of the announcement, ENDP stock climbed up by around 10% in the market. With this in mind, will ENDP be on your penny stock watchlist?

Electrameccanica Vehicles Corp. is a penny stock that has become quite popular over the past few months as EV’s continue to steal the spotlight. If you’re not familiar, Electrameccanica is a company that is working on the development of electric cars. Based in Canada, the company designs, produces, and sells electric vehicles. SOLO, a single-seat car, is the company’s main project right now aimed at capturing the short-distance commute market. In addition, it is working on the Tofino, which is an all-electric two-seater roadster.

On November 1st, it announced that its strategic partner Zongshen Industrial Group exercised 1.4 million warrants at a CAD$4.00 strike price on October 28th. This generated CAD$5.6 million in proceeds to the company. Zongshen stated that it strongly believes in Electrameccanica’s vision and its SOLO EV.

“We are pleased to have received these proceeds from the warrant exercise – serving as validation of all that we do at ElectraMeccanica. I look forward to continuing our operational execution in the months and years ahead as we strive to revolutionize transportation and create sustainable, long-term value for all of our shareholders.”

The CEO of Electrameccanica, Kevin Pavlov

In the past five days, shares of SOLO stock have shot up by over 20%. This is quite good considering its YTD drop of almost 40%. Considering all of this, does SOLO deserve a spot on your list of penny stocks to watch?

Which Penny Stocks Are You Watching in November?

If you’re making a penny stocks watchlist for November, there are plenty of options to choose from. But, understanding what type of trader you are and where the market is headed is a crucial step in making money with penny stocks.

Considering that there is so much going on in the stock market, investors need to stay one step ahead. With all of this in mind, which penny stocks are you watching in November? 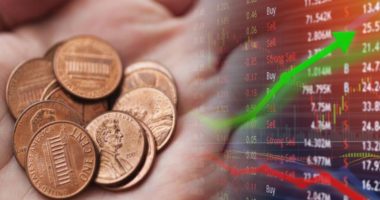 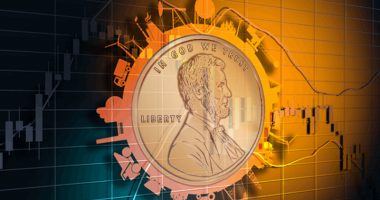 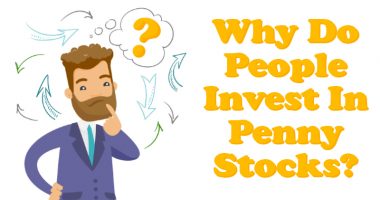 For as long as the stock markets have existed, people have looked… 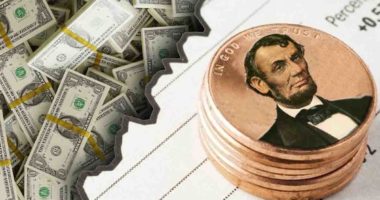