Best Penny Stocks To Buy On Robinhood Under $1? 4 To Watch Now

Penny stocks to buy for under $1 on Robinhood; Are they worth it?
Total
4
Shares
Share 1
Tweet 0
Pin it 3

Are These Cheap Stocks On Robinhood Part Of Your September Watch List?

Looking for cheap stocks to buy on Robinhood? You’re not alone. There are tens of millions of new traders choosing this as their stomping ground for making money with stocks. But if you don’t want to buy shares of Apple (NASDAQ:AAPL), don’t quite understand options, and want to buy stocks under $1 to leverage your capital, is it possible to do so on Robinhood? This is a question that isn’t new, and rightfully so.

When it comes to stocks under $1, the Over The Counter exchange has been the most popular in the past. But that doesn’t mean you still can’t find Nasdaq or NYSE penny stocks trading for literal pennies. In fact, if you look at Robinhood’s Top 100 Stocks list, there are plenty of names to choose from and, yes, several that are trading below the $1 mark. But those aren’t the only stocks that can be bought for less than a dollar menu item. Today we’ll take a closer look at 3 that’ve gained momentum this week and could be on retail traders’ watch lists right now.

Robinhood Penny Stocks To Buy For Under $1

Eros STX is one of the companies we’ve talked about recently, as shares have steadily recovered from 52-week lows last month. The company specializes in the acquisition, production, and distribution of digital content. This includes everything from films to music and ranges from theatrical production to streaming media.

One of the recent drivers of ESGC stock was the company’s latest deal with Amazon Prime Video. It was closed as a multi-year deal in South Africa, which expanded an existing strategic pan-European partnership struck in the UK, France, Italy, and Scandinavia. Prime Video subscribers in the territory now have access to view STXInternational’s catalog of titles.

With this move, ESGC stock has been one to watch, especially for those looking for Robinhood penny stocks under $1. However, with receipt of non-compliance coming from the New York Stock Exchange late last month, the clock is ticking for ErosSTX to regain a minimum bid price of $1.

Shares of Borqs Technologies have been on the move for weeks heading back toward the $1 mark. Shares slipped after Borqs announced a new delivery of its cellular CTA-2045 products to SkyCentrics. The units were set for use by utility companies in “grid-interactive water heater programs,” which seemed to only briefly resonate with traders. Following a big pop to highs of $1.60, BRQS stock slipped back below the $1 level.

This week, activity has once again picked up, and there are several things for traders to keep track of—first, the news. Borqs announced a new binding term sheet to buy a solar energy and storage company, Holu Hou Energy. This could add $48 million in revenue for 2022, according to the company. Meanwhile, projected revenue out to 2025 is being eyed at $145 million. While this is still pretty far out on the time horizon, it has boosted sentiment in the market. The ultimate goal is for Borqs to parlay this into a viable model and tackle the smart home market in the U.S.

Outside of fundamental developments, take a look at BRQS stock chart levels. You can see that the penny stock has now tested its 50-day moving average 4-days in a row without being able to break and hold above it. This is a relatively clear level of resistance at the 50DMA. What makes me say that? Besides the 1 time in June, BRQS stock hasn’t broken and held above this technical level since the first quarter of the year. Will this latest test be different?

One of the penny stocks we’ve discussed for weeks now is Camber Energy. A mix of retail trading speculation, “short squeeze” hype, and bullishness in some energy stocks have contributed to the move in CEI stock. Fundamentally, Camber has a few things to point at for potential catalysts recently. Late last month, the company secured an intellectual property license for patented carbon-capture systems. Specifically, the deal was with ESG Clean Energy regarding its stationary electric power generation, including methods to use heat and capture carbon dioxide.

James Doris, President and Chief Executive Officer of Camber, summed up the importance of this deal, saying, “In my view, this transaction positions us as an industry leader in terms of being able to assist with the power generation needs of commercial and industrial organizations while at the same time helping them reduce their carbon footprint to satisfy regulatory requirements or to simply follow best ESG-practices.”

From a technical perspective, where BRQS saw resistance at its 50DMA, CEI stock has held above its 200 day moving average over the last 3 sessions. The big question is whether or not this becomes a true support level. The last 2 trading sessions saw much lighter daily trading volume while CEI has been hard-pressed to break above the $1 level. As traders continue to focus on this “semi-meme” stock, technical levels may be important to consider.

With a rise in alternative energy and things like electric vehicles, United States Antimony has wiggled its way into this niche. In its latest operational update in August, the company shed some light on its plan for the remainder of the year. United States Antimony has focused much of its efforts on antimony. In particular, antimony is used in batteries, among many other industrial uses. According to the company, “China, historically the sole supplier of lump antimony trisulfide and the dominate supplier of antimony, in general, has held back the export of antimony trisulfide, leading to a potential worldwide shortage.”

UAMY said it’s reviewing its library of North American antimony and antimony/gold properties to ramp up efforts and secure new sources of antimony in North America. The company has also filed statements showing that it’s actively soliciting interest with junior mining companies for potential partnerships in exploring specific properties like the Los Juarez property. According to US Antimony, this property could present potential as the Mexican Government did additional work and reported a deposit of 1,000,000 metric tons grading 1.8% antimony and 8.1 ounces of silver per metric ton.

Aside from that, there aren’t many major technical events to speak of. However, we can see that UAMY stock has been hovering around its 50DMA for the better part of the last few months. Meanwhile, the penny stock has been having a tough time breaking back above $1. Will that change as interest grows stemming from EV stocks?

Are Cheap Stocks On Robinhood Worth The Risk?

These are just a few of the trending stocks on Robinhood under $1 right now. The stakes are high the lower the prices are. A small drop of 10 cents can equate to a massive dip in percentage value. Then again, a similar move higher can be just as massive when it comes to gain potential. The important part is understanding how to trade, handle volatility, and make money with low-priced penny stocks. 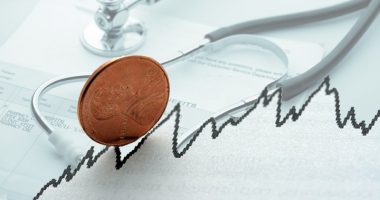 Irrespective of the state of the market, penny stocks have always had… 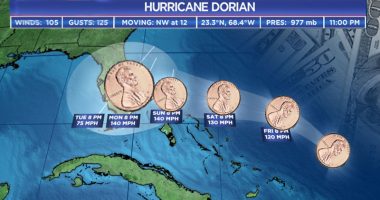 Looking for penny stocks to buy? Whenever there’s a major climate event… 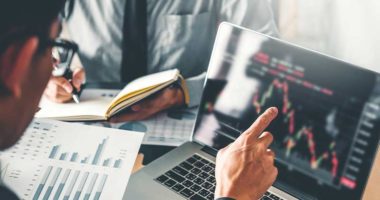 Penny Stocks To Watch Is Biotech Is A Focus 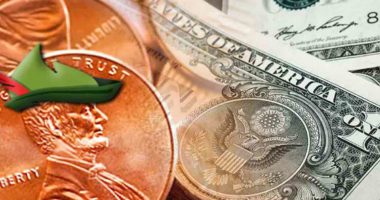