Could These Penny Stocks Benefit From the Infrastructure Bill?

Which penny stocks are investors watching ahead of the new $1 billion infrastructure bill?
Total
9
Shares
Share 7
Tweet 0
Pin it 2

On Friday, the bipartisan infrastructure plan inched toward being passed, with many investors wondering which penny stocks could benefit. Because this $1 trillion spending package is so monumental, it will likely have a long-term effect that is worth looking into. Of the 2,700 pages in the document, lawmakers are still working to pour through the data to find a conclusion.

Essentially, the bill will allow for $550 billion in infrastructure spending including roads, bridges, waterworks, and updating the electrical grid. While the issue of debt is monumental, many believe that the package outweighs the consequence, and therefore could be worth passing. Considering this, several industries could benefit substantially. One of those is electric vehicles and EV stocks as a whole.

On the White House Website, part of the plan includes building “a national network of electric vehicle (EV) chargers along highways and in rural and disadvantaged communities. The largest investment in EV infrastructure in history.” In addition, school and transit busses around the country will transition toward electric as well. This also could have an effect on ESG penny stocks, energy penny stocks, and more. So, considering this brief overview of the package, let’s take a look at three penny stocks that could benefit.

3 Penny Stocks That Could Benefit From the Infrastructure Bill

Since mid-May, shares of SOLO stock have climbed by around 10%. While this isn’t anything to write home about, SOLO stock could have a direct benefit from the spending package. Before we get into it, it’s worth discussing what SOLO does. Electrameccanica Vehicles is a Canadian based manufacturer of electric vehicles. Its flagship vehicle known as the SOLO, is a three-wheeled urban-driving solution.

As opposed to trying to beat out the entire car market like other EV producers, SOLO is focused on the commuter market. This includes short-distance driving, delivery services, and the potential for increased car sharing. Today, the company announced that its SOLO EV was showcased during the U.S. Secretary of Energy’s Michigan manufacturing tour. This tour directly coincides with the new infrastructure bill and could be a reason to keep an eye on SOLO stock in the near future.

“To have the Energy Secretary and former governor of Michigan experience and learn about our flagship SOLO EV in person is a distinct privilege. We believe the SOLO is the perfect choice for consumers, commercial customers, fleet applications and SOLO Share as well.

We’re grateful that our vehicle engineering partner FEV was able to organize this special event to showcase our vehicle and others yesterday in Michigan.”

The CEO and President of Electrameccanica, Paul Rivera

Considering this big news and SOLO’s role in the EV market, it continues to look like an interesting penny stock to watch.

Up by over 12% at EOD today are shares of ENG stock. Today’s gain could be a result of ENG’s role in the energy industry and the spending bill, however, it also made an exciting announcement yesterday. For some context, ENGlobal is a provider of project delivery solutions for the energy industry. In its announcement on August 5th, the company stated that it held over $29 million in cash on hand at the end of Q2 2021. In addition, Its almost $5 million PPP loan was completely forgiven, leaving it with little to no debt on the books.

“While segments of the broader energy industry have begun recovering from the effects of the Covid-19 pandemic, ENGlobal’s business – which traditionally lags behind that of the broader energy market by as much as nine months – had not improved by the end of the second quarter. We are, however, taking steps to better position the company to take advantage of the expected increase in business activity in our markets.”

The CEO of ENGlobal, Mark Hess

So far this year, the company has raised more than $19 million through a registered direct offering, as well as an ATM which could bring in another $25 million. Considering all of this exciting news, ENG stock could be worth watching as the spending bill makes its way through the government.

Another big gainer in the energy industry today is CDEV stock. By EOD, shares of CDEV had shot up by over 4% to just under $4.80 per share. YTD, shares of CDEV stock have climbed by a staggering 223%, which is quite substantial. And, this is a pure reflection of the large demand increase for energy during that time. While the past few weeks have not been ideal for CDEV due to the Delta variant, the company looks like it is well-positioned to take advantage of the future.

A few days ago, Centennial Resource Development announced its Q2 2021 financial results. In those, it posted net cash of $107 million and an increase in crude oil production of around 13% over the previous quarter. While it did report a net loss of $15.1 million, this makes sense given the large effects of the pandemic during that time.

“Centennial’s second-quarter results prove our ability to generate substantial free cash flow through our two-rig drilling program. For the remainder of the year, our primary focus is free cash flow generation and organic de-leveraging, both of which are occurring at a more rapid pace than originally anticipated.”

This is all good news for the company and could be reason to add CDEV to your penny stocks watchlist.

While the infrastructure bill has not yet passed through the various levels of government, it seems as though some version of it could in the near future. And because of this, investors are working to position their portfolios to benefit.

[Read More] 3 Penny Stocks That Investors Are Watching in August

With so many penny stocks, it’s important to consider the effects of this spending bill on certain industries. And, with all of this in mind, which penny stocks are you watching right now? 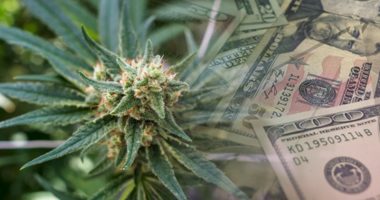 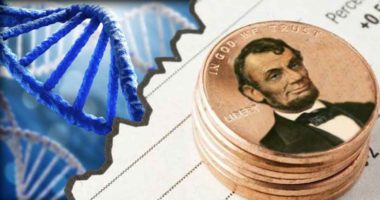 Current & former penny stocks to watch if you like biotech right now. 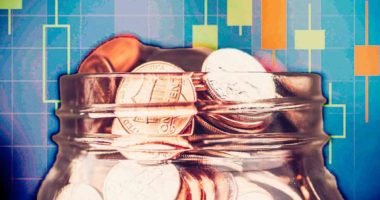 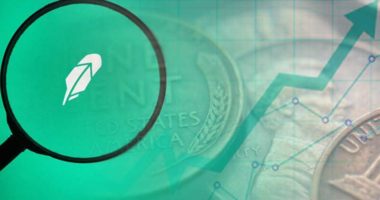