Nobody is playing games when it comes to these esports penny stocks.
Total
21
Shares
Share 18
Tweet 0
Pin it 3

Are These Esports Penny Stocks On Your June 2021 Watch List?

When you’re putting together your list of penny stocks to watch, trends are important. That’s obviously my opinion. But if you can find a grouping of stocks with tendencies of uniform movement, there’s a good chance you’ve found yourself a “sentiment sector.” Much like we’ve seen from the Reddit penny stocks this year, there may be one tiny fiber that relates companies to each other.

Even if that’s the case, however, that’s all that is needed to spark a rally. GameStop (NYSE: GME), AMC Entertainment (NYSE: AMC), Clover Health (NASDAQ: CLOV), and others have just 1 thing in common. They’re popular among retail traders. So whether it’s based on short interest, negative sentiment from “the hedgies,” or something else, they’ve all joined the list of meme stocks to watch right now.

While that list continues growing, other industries are experiencing a “sympathy” style move. For example, if you look at the tech industry, it’s gone through its fair share of volatility over the last few months. But, overall, tech stocks remain bellwethers for growth. Look at the trend from the Nasdaq ETF (NASDAQ: QQQ), for example. It’s seen some of the choppiest action over the last few weeks but just etched new 2021 highs on Thursday. With it has come a surge of new attention on niches and sub-sectors within it. One of these is that of Esports.

Big names like Mark Cuban, Shaquille O’Neal, Robert Kraft, & Tony Robbins are getting into the mix. Whether it’s sponsoring teams, investing in tech companies, or becoming players themselves, it’s becoming more clear that this isn’t just a thing for kids. Companies like Skillz (NYSE: SKLZ) and Roblox (NASDAQ: RBLX) have set the tone.

[Read More] These Penny Stocks Are Up Big Today, Worth It or Not?

Still, bloated market caps have opened up the potential for more nimble competitors to capitalize on this new opportunity. Hence, we’ve got a broader focus on penny stocks right now. Whether these companies will become flourishing industry leaders 10 years from now is yet to be seen. However, it may not be a bad idea to keep track of the current competitive landscape in this infancy.

Alpha has only recently become a public name in the esports arena this year. However, the company’s multi-pronged approach includes esports, mobile gaming, and eCommerce, which has brought a new angle to this emerging industry. Alpha’s portfolio is built on the backbone of products like its GamerzArena, which has become a lynchpin to its revenue model.

According to the company, it boasts over 100,000 active users and a rapidly evolving ecosystem. Furthermore, Alpha has begun establishing partnerships and working relationships with universities, including Notre Dame & Syracuse, and notable sports organizations like the New Jersey Devils and Barstool Sports.

The company’s GamerzArena+ product is a subscription-based service that only costs $12.99. Members gain access to higher-paying tournaments along with the ability to access unique and special events. This product has become a driving force for Alpha this month. Alpha signed an Esports and marketing partnership with Centric Gaming earlier this month. Centris is an Esports team hosting a roster with a combined over 150,000 followers on social media. It will utilize and promote GamerzArena for several different activations and contests.

Adding more boost to GamerzArena and its growth initiative, Alpha reported this week that it signed an Esports partnership with Mack Sporting Goods. Mack is a retail sporting goods company based out of Texas. This deal sees Alpha helping Mack expand its traditional market into Esports through hosting activations on GamerzArena, including the MSG Madden League. In return, MSG will use its existing customer base and, specifically, its customer relationship management system to extract data and drive sign-ups for GamerzArena.

Considering the new partnerships and rapid expansionary focus on GamerzArena, it will be intersting to see how Alpha is able to capitalize on these latest deals.

Elys is one of the esports penny stocks we’ve discussed many times in the past. It focuses on a micro-niche of esports called iGaming. In laymen’s terms this is just another way of talking about online sports betting. But with the growing competitive landscape in esports, iGaming is beginning to broaden its reach a bit more.

In the case of Elys, the company has begun deploy new technology to run its sportsbook. In a recent interview, Elys Chairman Michele Ciavarella explained, “Everything from casinos to convenience stores. We want to help them serve their loyal customer base.”

The company has built out a B2B gaming technology platform that operates globally. Its latest point of focus is clearing getting more exposure in the U.S. In Italy, it offers clients a full suite of products. These include sports betting, esports, virtual sports, and even online casino gaming. It has also begun experiencing growth over the last few months as well.

[Read More] Best Penny Stocks to Buy on Robinhood? 3 For Your Morning Watchlist

In its most recent quarterly update, Matteo Monteverdi, CEO of Elys Game Technology, Corp., said that “As illustrated by record revenue of $14.2 million for the first quarter of 2021, a 39% increase in revenue over the same period last year and on a combined record quarterly wager turnover of approximately $243 million in Q1 2021…Our web-based gaming turnover increased by an impressive 150% over the same period last year and we continue to generate strong cash flow from operations.”

Hall of Fame Sports & Entertainment is a bit different from the others on this list. It doesn’t necessarily operate an esports platform but it does give exposure to online interactive experiences involving sports. The company has most recently gotten folded into the NFT (non-fungible token) movement.

“This quarter, the Company partnered with leading marketing and PR agency Dolphin Entertainment to enter into the exciting world of non-fungible tokens. Our first NFTs will showcase several of the amazing H2H Legends in a way that we believe has not been developed to date. These NFTs demonstrate our ability to provide a new medium of engagement with football fans through our direct access to one-of-a-kind content,” explained CEO Michael Crawford in the company’s earnings update. H2H is the brand that represents the only 10 men in football history to win a Heisman Trophy and be enshrined into the Pro Football Hall of Fame.

At the heart of HOF is its partnership with the Pro Football Hall of Fame. Its Hall of Fame Village, powered by Johnson Controls, is a multiuse sports, entertainment, and media destination centered around the Pro Football Hall of Fame’s campus. Thanks to its achievements in the market, HOFV stock is also set to join the Russell 3000 Index later this month. As the company has multiple angles of potential expansion, it could be one to watch heading into the second half of the year.

We covered Limelight Networks earlier this month in light of its potential exposure to esports. In particular, the company offers a suite of video streaming solutions—everything from streaming live sports & events to gaming fall under its umbrella. Limelight has also developed a cloud-based workflow allowing for multiple formats to deliver streaming content to any device.

Not much has been announced since the company reported earnings earlier this quarter. However, a bit of attention placed on its filings has revealed a few things. First, some insider buying by Chief Marketing Officer Christine Cross earlier this month may’ve brought some attention to the company. Insider activity is generally something that retail traders search for. Furthermore, the company issued an 8-K a few weeks ago showing that it had approved the re-election of directors, including Doug Bewsher and Marc DeBevoise. Bewsher has previous experience as CMO at Skype and Salesforce, while DeBevoise’s CV includes stints at Viacom Digital & NBC Universal.

CEO Bob Lyons also gave some potential information to grab onto, in Limelights quarterly update that could be timely right now. Lyons explained, “We plan to hold a strategy update session in early summer. An announcement of the date and participation details will be shared approximately one month in advance of the event.”

Enthusiast Gaming has been one of the esports penny stocks experiencing higher levels of trading action this month. Despite the recent pullback, daily volumes have far exceeded averages. Meanwhile, EGLX stock continues to sustain gains on the year of more than 50% as of this week.

One of the catalysts that may have sparked interest this week is announcing the company’s closure of a $46 million offering. Enthusiast shares initially dipped after it said that the company would be selling 8 million shares at $5.75. Now that the deal is done and cash is in hand, retail traders seem content (for now). According to the company’s update, Enthusiast plans to use the funding for future acquisitions. It also earmarked funds for working capital and paying back some of its debts.

The company provides media and content for video games and esports fans. Enthusiast offers a network of communities to deliver fan experiences. Whether it’s advertising or content publishing, Enthusiast focuses on offering something for everyone in this new ecosystem. According to the company’s site, its list of brand partners includes some big names. This includes Disney, Samsung, Amazon, PayPal, General Motors, and even the US Airforce. With more consumption of esports content, companies like Enthusiast could be on the radar as this industry evolves.

Are Esports Penny Stocks Worth it?

According to Market Insight Reports, the global esports betting market size is expected to gain market growth in the forecast period of 2020 to 2025, with a CAGR of 13.1%. From a revenue perspective, it’s expected to reach $13.05 billion by 2025. While this may seem like a larger than life opportunity, industry comps already support the potential for rapid growth in esports companies.

Whether this growth happens sooner than later is clearly something the market will focus on. But with bigger names coming into this new arena, it could be one worth noting right now. What’s more, the rise of interest not only from gamers but viewers has also become a core focus. Does this mean esports penny stocks should be on your list right now? Leave us a comment and let us know. 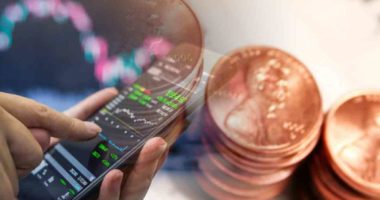 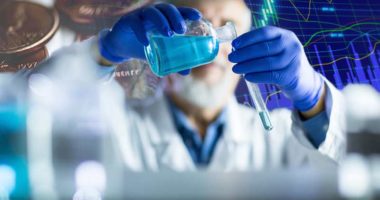 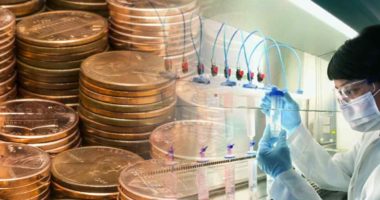 Biotech penny stocks continue to climb, which companies are on your watchlist?