Penny stocks are red hot this year & it isn’t just because of meme momentum.
Total
4
Shares
Share 1
Tweet 0
Pin it 3

This year is an unprecedented one for penny stocks and blue chips alike. Whether we’re talking about the latest meme stocks like GameStop (NYSE: GME) and AMC Entertainment (NYSE: AMC) or reopening penny stocks to watch, there are countless trends to follow. In many cases, bullish sentiment has worked its way into the stock market this year, with volatility reigning supreme. If you look at trends from May, broader markets were very choppy. In some cases, stocks saw extreme levels, especially between May 10th and May 20th.

Most of this chop was due, in part, to inflationary fears. But during that same time, while mainstream traders were concerned over “where the SPY” is headed next, other traders were looking into other opportunities. This includes the emotionally-driven trend in meme stocks. Coincidentally, since May 10, shares of most meme stocks have been on the rise.

The latest, BlackBerry (NYSE: BB), has clearly shown the “anti-trend” trend in the market. Shares of BB stock have now surged over 60%. Similarly, early meme stock pioneer GameStop stock has climbed roughly 60% since May 10th. Meanwhile, broader markets like the S&P, Nasdaq, Dow, and their respective ETFs, SPY, QQQ, and DIA, are flat or down during the same period.

Does this trend in meme stocks mean that these are the only types of stocks you should pay attention to? Honestly, no, and if you look back at the last year, you’ll see that every one of the top meme stocks today were actually penny stocks for most of 2020. With this unbridled excitement, it may not hurt to take a look at some of the other penny stocks that’ve outperformed the markets this year. While they aren’t in the “meme” category, they have been some of the top penny stocks to hit it big this year. Are new highs coming? I’ll leave that up to you to decide.

In March, shares of GTBP stock were trading around the 200-day moving average on its chart at $4. Since then, the biotech penny stock has climbed well above the $5 threshold, reaching a high of $18.15 this week. Not only were these fresh 52-week highs, but they marked a level not seen since 2018. Unlike many meme stocks to watch, GTBP’s surge didn’t necessarily stem from hype alone. The market has been reacting to positive momentum stemming from key advancements in its treatment pipeline.

If you’re not familiar with the company or its pipeline, GT Biopharma is focused on immune diseases and cancer treatments. Its lead candidate, GTB-3550, is built on the company’s TriKE treatment platform. This tri-specific natural killer engager (TriKE™) is a type of therapy combining proteins that bridge an immune cell and a tumor cell then drive tumor cell killing power to higher levels. It has led to new first-in-human phase studies to treat acute myeloid leukemia (AML), myelodysplastic syndrome (MDS), and other types of CD33+ hematopoietic malignancies. Early trial data has already shown significant, favorable responses from treatment in 9 of the 11 current patients in the trial.

Dr. Jeffrey S. Miller, the company’s Chief Scientific Officer, explained on the recent call (playback call can be accessed by clicking here & using Replay Access Code: 10156826) how these early data were somewhat unexpected based on there not being adverse events observed so far. He also emphasized the potential of the company’s TriKE treatment technology being a core reason that this may have been the case.

This progress has also brought about bullishness from top Wall Street analysts. Roth Capital, B. Riley, and HC Wainwright all have Buy ratings on GT Biopharma and price targets ranging from $21 to $25 for the former penny stock.

Though it’s only slightly out of penny stock territory, shares of TELL stock have been red hot during the last few months. If you look at where it was trading toward the end of April (also around its 200-day moving average), Tellurian stock hovered around $1.75. Since then, the penny stock has surged over 200%.

Obviously, Tellurian isn’t part of the meme stocks list, but it is gaining plenty of attention thanks to the “reopening trade.” There’s also a bit of positive sentiment stemming from the Biden Administration’s stance on clean energy infrastructure & spending. Tellurian’s position in the liquified natural gas industry has put it in the middle of the green energy and traditional oil & gas arenas.

Why would anyone consider TELL stock a “clean energy” name? In particular, Liquified Natural Gas (LNG) has been sought after as a “cleaner-burning” fuel source. What’s more, global agencies have commented that the U.S. focusing on LNG exports could help reduce international consumption of fuels contributing to greenhouse gas emissions.

U.S. Special Presidential Envoy for Climate Change John Kerry said in an April 7 conversation with the head of the International Monetary Fund that “we have to move away from coal faster. Gas, to some degree, will be a bridge fuel.”

Sticking with the reopening trade trend, Innsuites Hospitality Trust has been hot in 2021 as well. Where the other two penny stocks on this list have surged over the last few months, IHT stock has rallied immensely over the last 30 days. May 3rd was when the stock was trading at $2.40. This week it reached highs of $9.86 (so far). For the most part, IHT hasn’t been a full-on meme stock and I say this because it was briefly surging thanks to social media hype last month. However, since then, a few things have come about including the company reporting its latest earnings results.

Though revenue came in lighter than its previous year, management seemed optimistic on the future of the company. “The Fiscal Year 2021 just ended reflects the effects of the one-time extraordinary Covid-19 Virus, and its overall impact on the Hotel and Travel Industry, not to mention the entire national and global economy. IHT continues to execute our strategic plan of selling existing hotel real estate at market prices significantly above our carrying (book) values, and moving toward diversification, including IHT’s high potential investment in UniGen’s innovative efficient, clean-energy power generation innovation, a positive move that is increasingly recognized by investors,” said James Wirth President, CEO, and Board Chairman.

In 2019, InnSuites made an initial $1 million convertible diversification investment in privately held UniGen as it was developing a patented high-profit potential new efficient clean energy generation innovation. Considering the attention in energy as well, there could be a few things to keep track of when it comes to IHT stock.

Whether you’re looking for meme stocks to buy or stocks in general, there are many things to consider. All stocks carry risk, and when you’re talking about penny stocks, the stakes are high. These are usually smaller companies, and with that, chances for failure are high. Furthermore, you’ve also got things like Social Media turning atypical shares into meme stocks. This ultimately entices more sympathy sentiment to play a factor. At the end of the day, the choice to buy or sell is up to you. As such, planning accordingly and understanding your risk/reward is important. 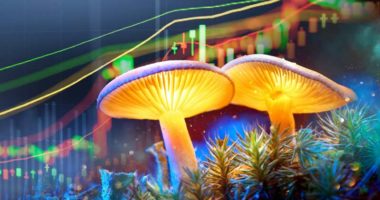 An Immediate Stock Alert is Being Called On: IMC International Mining Corp…

Trading penny stocks in a down market? Here's three tips and tricks to use in your search

Penny stocks climbing higher even with stocks down today.