Biotech Stocks Continue to Lead the Market in Early April 2021

With penny stocks, and specifically biotech penny stocks, there are a few reasons why popularity has increased this year. One of the main factors is the accessibility of trading with platforms like Robinhood and WeBull. This has helped to bring in billions of dollars in capital into the market. While speculation remains high, there are plenty of short and long-term trades that investors could make.

While biotech stocks have been popular for many years, the impact of the pandemic has led to increased attention toward the sector. This includes both companies that have a role in the pandemic and those that don’t.

The difference between the two is an important distinction to make as it can lead to either higher or lower levels of volatility. Given that biotech stocks tend to be some of the most volatile in the industry off the bat, adding the layer of a pandemic, has only served to make them fluctuate more.

One example of a high volatility biotech stock is Novocure Ltd. (NASDAQ: NVCR). On Tuesday, April 13th, shares of NVCR stock shot up by over 50% in early morning trading. This gain is more notable considering the triple-digit share price of Novocure.

It’s not often we see gains like this in companies that have share prices over $100. While this is only one example, moves like these are common with biotech penny stocks. So if you’re searching for a biotech company to watch, there are three things to keep in mind.

What to Look For in a Biotech Company

First, what products are in its pipeline? While some companies focus on one or two areas of health needs, others either cover a very niche sector or a broad range of unmet needs. Two, how far along are its therapeutics in the approval process?

If a company has several Phase 3 trials, it could be worth paying attention to. On the other hand, if the majority of its compounds are still in Phase 1 trials, you might want to take a step back and reevaluate.

Three, what is its financial situation? Often, a biotech company will fund itself through capital raising and stock selling measures. This is common as revenue is unlikely until a therapeutic or product is commercially available. Considering these factors, let’s take a look at three biotech penny stocks to watch right now.

As its name suggests, BioRestorative Therapies develops products aimed at restoring certain bodily functions. It utilizes stem cells and tissue protocols to treat both disc/spine disease and metabolic disorders. Its disc/spine program, brtxDISC is its leading therapeutic candidate, and is comprised of the compound BRTX-100. This is a therapeutic made from a person’s own (autologous) cultured stem cells. These stem cells are collected from a patient’s bone marrow. The goal is to treat lumbosacral disc disorders with this non-surgical method. Additionally, BRTX-100 can be in use with surgical procedures to produce a more favorable result.

Its metabolic program, on the other hand, known as ThermoStem, is developing a cell-based therapy that can target both metabolic and obesity disorders. It uses stem cells derived from brown adipose, to generate brown adipose tissue or BAT. This tissue can mimic BAT that occurs naturally in the body, inducing caloric burning and reduced glucose/fat levels.

Early research has shown that high levels of brown fat can lead to reduced risk for obesity and corresponding illness like diabetes. Only a few weeks ago, BioRestorative Therapies announced a new patent application for its off-the-shelf ThermoStem program.

The CEO of BRTX stated that “we are pleased to see that we have been granted an additional patient by the USPTO for our ThermoStem Program. Our comprehensive portfolio of patents under our ThermoStem Program continues to expand as we develop and protect intellectual property related to large and growing markets where brown adipocyte therapeutics can be applied.”

This is an exciting update and shows that this compound could be on the way to commercialization. The company states that the potential market size for exosome diagnostic and therapeutics could reach $368 million by 2022. If it can get a substantial market share, BRTX could be worth watching.

JAGX is another penny stock that you might be familiar with if you read pennystocks.com often. If you’re not familiar, let’s look at a brief overview of Jaguar Health. Jaguar is a commercial-stage pharmaceutical company. Its current focus is on developing, plant-based, non-opioid prescription medicines for those with GI or gastrointestinal disorders. Additionally, its wholly-owned subsidiary, Napo Pharmaceuticals Inc. is working on similar projects right now. Its flagship product, Mytesi (crofelemer) is an FDA-approved therapy in use for the symptomatic relief of non-infectious diarrhea as a result of HIV treatments. It is also the only oral plant-based prescription medicine for this condition, with approval from the FDA botanical guidance. To better understand Jaguar Health, let’s take a look at its current financial situation.

At the end of 2020, Jaguar reported more than $9.3 million in net revenue from Mytesi alone. This represents an increase of 64% year over year. While Jaguar did bring in a net loss of $33.8 million, this is a 12$ decrease over the previous year. Last week, Jaguar announced that it had entered into an equity purchase agreement with Oasis Capital LLC.

The agreement allows Oasis to purchase an aggregate of $2 million worth of JAGX common stock over the next 36 months. Lisa Conte, the CEO of Jaguar stated that “we are very happy to have entered into this Amendment with Oasis, with an increased share purchase price that is reflective of the recent performance of the Company’s stock.” Considering all of its opportunities, is JAGX a penny stock to watch?

Synthetic Biologics is another clinical-stage biotech company that has become quite popular in the past few months. One of the reasons for this is its large pipeline of potentially valuable assets. Similar to JAGX, Synthetic Biologics works on therapeutics that treat gastrointestinal diseases.

Its lead candidate right now is SYN-004 (ribaxamase) which is in use for the intravenous prevention of microbiome damage and antimicrobial resistance. Additionally, it offers SYN-020 which is a recombinant oral formulation that can treat both GI and systemic diseases.

[Read More] 3 Penny Stocks to Buy for Under $2 But Are They Worth It?

It’s always exciting when a biotech company announces the dosing of patients in a new trial. And this is exactly what Synthetic announced in early April. On the first of the month, Synthetic announced that six patients were given doses of SYN-020 in a Phase 1a clinical trial. The CEO of Synthetic offered a statement in regard to this dosing.

“We are excited about the initiation of this clinical study which is an important milestone in furthering the clinic development of SYN-020. We believe SYN-0230 has enormous potential to help address a considerable unmet need for innovative new therapies targeting GI disorders stemming from immune and inflammatory responses, including celiac disease, non-alcoholic fatty liver disease, as well as age-related metabolic and inflammatory diseases.”

Steven Shallcross, the CEO and CFO of Synthetic Biologics

He goes on to state that in the U.S., more than 4.3 million people will have Celiac disease by the year 2023. Because there is a large need for treatment right now, Synthetic Biologics could become a leader in this industry. While it will take some time, SYN could be worth watching in the interim. 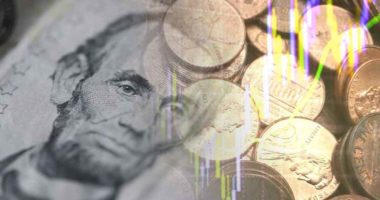 Making a list of the best penny stocks to buy now? These 4 have turned heads in the stock market today. 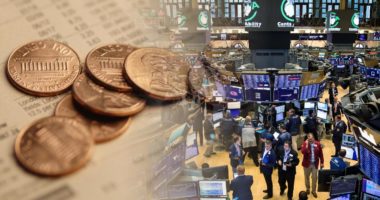 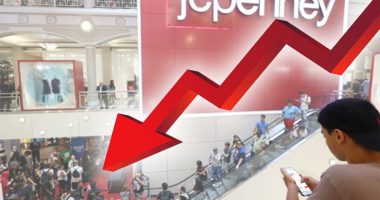 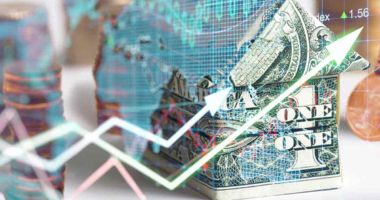