Whether you love penny stocks or hate them, you can’t argue with the fact that big money can be made. By definition, the term itself references stocks to buy for less than $5. So even the slightest 50 cent move from the highest-priced penny stock is a near-market-beating gain.

For the most part, newer retail traders actively learn how to day trade and start by focusing on cheap stocks to watch. Since it doesn’t take a whole lot of capital to buy penny stocks, they’ve become somewhat of a “go-to” for mom-and-pop investors. This year, in fact, has shed a lot of light on the power that these “dumb money” traders can have on the stock market.

The massive squeeze the ensued after thousands of traders using social media rallied behind GameStop (NYSE: GME) opened everyone’s eyes this year. This isn’t “dumb money,” and, in fact, retail traders have been able to outsmart Wall Street funds in a big way.

Look at Melvin Capital, which got caught up in the GME move but on the wrong end. According to reports from “people familiar with the situation” last week, the firm lost 49% on its investments during the first three months of 2021. Now retail traders are getting take more serious this year, and it has become a strong trend to follow. We’re not just seeing people scan for trending stocks on major finance outlets. We’ve started seeing pointed searches for penny stocks on Reddit, specifically.

Besides the average retail trader looking for penny stocks to buy, what do analysts think? Believe it or not, several top firms are firmly behind penny stocks. Many actually have given price targets and ratings. For this article, we’ll take a look at 4 companies that 3 analysts have weighed in on. Once you see what’s been happening with these companies, you can decide if your outlook lines up with analysts or not.

With the “green rush” on hold, for now, marijuana penny stocks have been stagnant. Even with the upbeat sentiment stemming from New York’s legalization, cannabis remains federally illegal. The last few months have seen some volatility in pot stocks. But, for the most part, the overall trend is relatively bullish on the year.

If you look at some of the benchmark marijuana stock ETFs like the Alternative Harvest ETF (NYSE: MJ) or the AdvisorShares Pure Cannabis ETF (NYSE: YOLO), you’ll see what I mean. While both have been flat for the last several weeks, since the beginning of 2021, these ETFs focused on marijuana stocks are green.

cbdMD has mirrored this trend. Though it’s down from its 52-week high, YCBD stock is positive about 30% year-to-date. Furthermore, analysts at Cantor Fitzgerald are paying attention. Their Neutral rating has come second to the price target they slapped on the stock, which is $4.10. Based on the closing price from April 9th, this suggests that the analysts still expect an upside of another 29%. Whether or not YCBD reaches the mark depends on executing its model in 2021.

The company focuses on cannabidiol (CBD) instead of the marijuana flower or its THC derivatives. Directing its business toward a nutraceutical niche, cbdMD has targeted brand partnerships to expand its message’s reach. Last week, the company announced an exclusive CBD sponsorship with professional golfer and 9-time PGA TOUR winner Patrick Reed. He will become the latest high-profile member of Team cbdMD. Other notable brand ambassadors include pro golfer Bubba Watson, UFC fighter Daniel Cormier, top fuel drag racer Leah Pruett, and many other pro athletes in multiple sports.

Penny Stocks To Buy According To H.C. Wainwright

Top analyst firm, H.C. Wainwright is known for following small-cap companies. Between the twi companies on this list, the firm appears to have some high hopes for these two biotech penny stocks.

H.C. analysts have given a Buy rating to Pieris along with a price target of $9. Based on Friday’s closing price, the firm appears to expect a big move for the stock. Whether or not that happens will again be based on how the company executes its business model this year.

Pieris focuses on building its biotech pipeline through its Anticalin technology platform for respiratory diseases. Last month the company announced that it had achieved a key milestone from AstraZeneca (NASDAQ: AZN) for the initiative of PRS-060/AZD1402 in a Phase 2a study. Specifically, Pieris achieved a $13 million milestone and AstraZeneca purchased $10 million in PIRS stock. The companies are developing a treatment for moderate-to-severe asthma.

Aside from this, Pieris has other pipeline treatments it’s working on. Among them is a monotherapy, PRS-343, for HER2-expressing solid tumors. Over the weekend, the company gave an update on data presented at the American Association for Cancer Research Virtual Congress.

“The matured data from the highest dose cohort of [PRS-343] demonstrate a clear dose-dependent response that supports our recommended phase 2 dose, and the biomarker data generated across all active dose cohorts demonstrate that cinrebafusp alfa activity is 4-1BB-driven and that the drug candidate is active not only in HER2-high expressing tumors, but also HER2-low expressing tumors – a significant opportunity and unmet medical need that we are excited to pursue in our upcoming phase 2 study,” said Stephen S. Yoder, President and Chief Executive Officer of Pieris.

The company also said there was clear evidence of dose-dependent synergistic anti-tumor effects of PRS-344/S095012. There was also further evidence for its tumor-localized mechanism of action. Pieris expressed an interest in moving this asset into the clinic this year.

Another one of the top penny stocks that H.C. Wainwright analysts are bullish on is Purple Biotech. Specifically, the rating and target came before the company changed its name and ticker symbol earlier this year. Before Purple, the company went by Kitov Pharma. At the time, H.C. had issued a Buy rating on the stock along with a monstrous $25 price target. Shares are hovering around the same level as they were when the target and rating were given. Based on the closing price for PPBT stock on April 9th, that $25 target is over 470% higher right now.

So why are analysts so bullish on Purple Biotech? It could have something to do with the company’s cancer treatment platforms. Late last month, in fact, Purple initiated a Phase 1b/2 clinical trial evaluating its CM24, in advanced cancer patients, with expansion cohorts in subjects with non-small cell lung cancer and pancreatic cancer. The interesting part is that the trial will be conducted in clinical collaboration with Bristol Myers Squibb (NYSE: BMY).

This study will be conducted in multiple countries, with sites anticipated in the U.S., E.U., and Israel. Preliminary data from the first part of the study is expected in the second half of 2021. In addition to the fundamental progress, the market on Friday was very active during post-market trading. One of the potential catalysts for this may have been the 13G that was filed. It showed that Morgan Stanley has a stake in the company. Given the involvement with BMY and data expected before the end of the year, Purple Biotech may be one of the top penny stocks to watch right now.

Another one of the penny stocks with a massive price target from analysts is aTyr Pharma. Roth Capital issued a Buy rating on the company and stuck a $20 price target on the stock. Based on the April 9th close of $4.50, we’re talking about a forecast price that’s 344% higher than its current trading levels right now.

This is another cancer stock to watch after recent news came out last week about a presentation being made this weekend. The company announced two poster presentations at the 2021 American Association for Cancer Research Annual Meeting. It is being held on April 10 – 15 and May 17 – 21. According to aTyr, the posters will be available for browsing on the AACR website starting Saturday, April 10.

“The data presented in these posters affirm the therapeutic potential of ATYR2810 for aggressive cancer and provide a compelling rationale for evaluating the efficacy of ATYR2810 in patients,” said Dr. Arthur M. Mercurio, Professor and Vice-Chair of the Department of Molecular, Cell, and Cancer Biology at the University of Massachusetts Medical School and co-author of the posters.

The ability of this antibody to promote the differentiation of certain cells and render them more vulnerable to chemotherapy showed the potential to be a “significant advancement,” according to Mercurio. This is because therapy resistance is a challenge for patients with certain types of aggressive cancers. 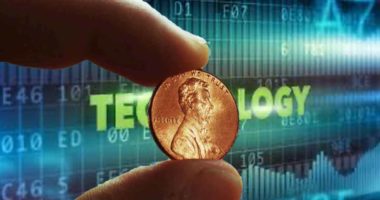 Are metaverse penny stocks the future? 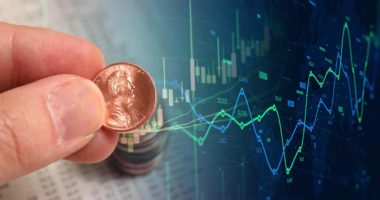 Making a list of penny stocks to buy next month? Check these three out