When you’re looking for penny stocks to buy, news can play a big role. Just look at how recent economic data has impacted the market as a whole. The first full week of April has already gotten off to a great start. With major tech stocks like Facebook (NASDAQ: FB) and Google (NASDAQ: GOOGL) reaching record highs, investors are hoping for confidence in the state of the U.S. economy. A sizable amount of the bullish sentiment right now stems from last month’s solid job growth report.

Additionally, sentiment is positive as vaccinations in the U.S. and around the world continue. On Monday, the Dow closed with an over 374 point gain or 1.13%. Tom Essaye, the founder of Sevens Report Research, stated that “futures are modestly higher on momentum from Friday’s strong jobs report.”

The report showed that the U.S. economy added more than 916,000 jobs in March, which is well over expectations of around 675,000.  Additionally, unemployment rates fell to 6%, a sizable drop from 13% in March of last year. While fears of long-term inflationary effects on the U.S. economy are palpable, investors are showing confidence in the pandemic’s current state.

This upbeat tone hopefully lasts for the foreseeable future. With Monday hopefully setting the stage for the next few months, investors are still searching for the best penny stocks to watch. And several companies showed big gains after recent news sparked momentum.

Brooklyn ImmunoTherapeutics is a biopharmaceutical company working on cytokine-based therapies. It utilizes this unique therapy in the treatment of patients with various cancer types. Additionally, it is advancing its IRX-2 compound, which could have indications in use as a gene editing and cell therapy candidate.

Last month, BTX announced a reverse merger with NTN Buzztime Inc. CEO of Brooklyn, Ronald Guido, MS, MD Pharm, Med., stated that “we look forward to continuing to evaluate IRX-2, a human cell-derived IL-2 therapeutic in neoadjuvant and adjuvant treatment for advanced head and neck squamous cell cancer. IRX-2 has received both fast track designation and orphan drug designation from the FDA for its indiction with toppling results from our Phase 2B clinical trial expected in the first half of next year.”

One of the major value points of Brooklyn Therapeutics is its IRX-2 compound. Not many biotech companies can claim both fast track and orphan drug designation. This means that it could be close to commercialization if all goes according to plan.

While no company-specific news came out on Monday, April 5th, shares of BTX ended the day with a 19% gain. However, if you look at some of the recent filings, you can see the finer details. Multiple Form 3s were filed showing significant stakes in the company by officers and directors of Brooklyn Immuno. Following this, the company also announced Howard J. Federoff, M.D., Ph.D., as CEO. With new leadership and strong insider holdings, the market has taken these as big positives in April and could be something to keep in mind as the second quarter gets underway.

Another large mover on Monday was Weidai Ltd. After hours, shares of WEI stock shot up by a very solid 21%. Again, no news specific to Weidai came out on Monday to underline this gain. But, to try and understand why it shot up, let’s take a closer look at Weidai.

A few weeks ago, the company announced its full-year 2020 financial results. For 2020, Weidai pulled in revenue of over $235 million. Additionally, the company reported a substantial net loss of $109.5 million. The growth of Weidai is largely based on what the financial market in China is doing. As an auto-backed financing solution prover in China, its success depends on its consumers’ financial situation. It offers these loans to provide credit to small and micro enterprises, connecting institutional funding to those wishing to borrow.

WEI has been known to make large intraday moves such as the one witnessed on April 5th. Since last October, shares of WEI are up by almost 70%. However, within that time frame, we also saw shares of WEI stock climb above $5. Considering its April 5th price of $1.40 or so, the recent surge has started turning heads. But without any apparent catalyst to point at, speculation and, in turn, high volatility could be factors to keep in mind with WEI.

About a week ago, shares of NEXT stock dropped by as much as 15% during intraday trading. The fall came from an announcement that NextDecade would be raising a large sum of cash. As is usually the case, worries of market dilution when funding is announced can lead to a drop in price.

However, on April 5th, NEXT stock shot up by double digits. For some context, NextDecade is a liquified natural gas exporter in addition to its work in the carbon capture industry. The company plans to build a new export facility for LNG, including a carbon capture project. The development of this build-out is still in the very early stages, which explains the need to raise money through its proposed convertible preferred stock sale.

Because of this, there is a clear double-edged sword. The main value point for investors with NextDecade is the potential of this LNG and carbon capture project. But, in the meantime, the worry of dilution weighs heavy on investors’ minds. One thing to consider is its recent agreement with Occidental Petroleum (OXY) to develop a carbon dioxide transport and storage project in NextDecade’s Rio Grande Project in Texas.

The goal is to make this one of the greenest LNG projects by the time it is finished. While it does have many prospects in the works, it needs to begin executing on them to provide investors with confidence. But in the meantime, it could be worth giving a closer look.

Another one of the companies grabbing attention right now is Phunware Inc. Unlike some of the other companies on this list of penny stocks, Phunware had news to reference. The company announced that its board authorized bitcoin purchases for its blockchain ecosystem launch. In particular, the launch of Phunware’s MaaS Customer Data Platform and MaaS Mobile Loyalty Ecosystem are set for release. The company also plans to debut its PhunWallet on iOS & Android later in April.

On top of this, the PhunWallet will manage the issuance of PhunCoin to reward consumers for the value of their data& PhunToken will be a reward for consumers in exchange for their engagement.

We recently completed an initial purchase of 25.8 bitcoin at an average price of $58,133 per bitcoin and are thrilled to actively participate in such a vibrant global market and community alongside Tesla, MicroStrategy, Square and many other corporations and funds worldwide.

This adds to the recent progress made in the digital ecosystem. Phunware partnered with BitPay recently to expand its corporate benefits package to offer crypto payroll options for employees. In light of the excitement surrounding digital currency, tokenization, and blockchain tech, PHUN could be one of the penny stocks to watch right now. 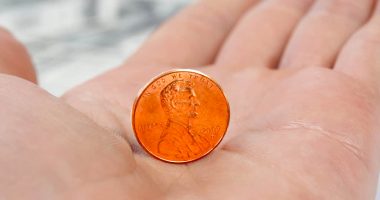 Will These 3 Penny Stocks Head Higher in November? Over the years… 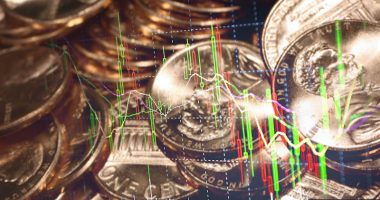 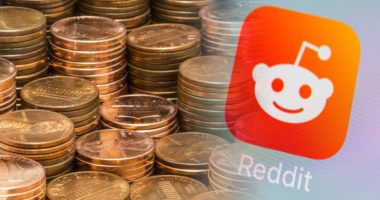 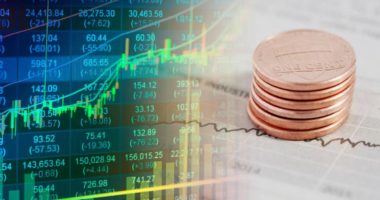 Can penny stocks continue to show momentum next year?