What are the best penny stocks to buy right now? Ask that question a year ago, and you’d see traders start scrambling for information. Searching for things like company filings, news, trial data, patents, etc., are all part of this due diligence or “DD” process. But in 2021, ask someone what the best penny stocks to buy are, and they’ll likely hit social media first to see what people are discussing.

Social sentiment has become a key factor for many retail traders this year. Thanks in part to the big breakout of GameStop (NYSE: GME), eyes have been opened to the impact that social media can have. It may have started with GME but it certainly hasn’t ended there. Now entire ETFs have begun basing their investment model on social buzz. Ironically, the first to do so was VanEck’s Social Sentiment ETF (NYSE: BUZZ).

According to its investment thesis, “VanEck Vectors® Social Sentiment ETF (BUZZ) seeks to track, as closely as possible, before fees and expenses, the price and yield performance of the BUZZ NextGen AI US Sentiment Leaders Index (BUZZTR), which is intended to track the performance of the 75 large-cap U.S. stocks which exhibit the highest degree of positive investor sentiment and bullish perception based on content aggregated from online sources including social media, news articles, blog posts, and other alternative datasets.”

Call it what you will but when it comes to penny stocks, Reddit, Facebook, Twitter, and many other platforms are at the top of the checklist for DD. This has also created a unique situation for traders. Those who’ve been in the market long enough understand the risks involved with using social media as a resource for research. You’d hope that people are forthcoming but there’s been plenty of instances of fraud and pump and dumps stemming from overly hyped stocks.

There’s a long history of penny stocks breaking out because a few large social media accounts talked about them. But before you think about buying based on a Twitter handle, stop; there’s no substitution for quality research. Even if it takes you an extra few minutes to understand why something is moving, it’s for the better.

A few weeks ago, a Twitter user was caught red-handed accused of spreading “false and misleading” information. According to the Securities & Exchange Commission, the Twitter user touted the stock of Arcis Resources Corporation. The underlying stock was trading for less than half of a penny.

Since the incident, no firm is making a market for the stock. One of the main issues was that the company hadn’t made a given update or made a filing in years. Yet, the Twitter user spread false information to the sea of followers the user had amassed.

Needless to say, when we caution about trending penny stocks that are “ghost ships,” this is part of the risk to factor in. Since there isn’t much information on these defunct companies, anyone with authority or a following can become the “voice for the people”…they must know something because they have so many followers, right?

Well, in this case, the user took advantage of the following as they pumped up the market, then sold shares to secure profit by “using social media to deceive investors,” according to the SEC.

This is something to be well-aware of if you’re looking for penny stocks on Reddit or other social media channels. This doesn’t mean that all of the commentaries online is bad or that it should be avoided. But it does mean that you should do more research than just reading a post on social media.

With this, let’s take a look at a few of the trending Reddit penny stocks today. I won’t give you a history lesson on these but let’s look beyond the social media hype and check out what some of these companies have going on.

This has been one of the top penny stocks to watch over the last month. When the initial boom in electric vehicle penny stocks took hold, SOLO was caught up in the trend. The penny stocks would ultimately surge from under $1 to highs of over $13 last year. So far in 2021, things have been relatively quiet, and SOLO stock has slid back into penny stock territory.

But as one Redditor commented today, it may be a good idea to take a look at sectors that aren’t getting overly hyped right now. This, the user said, included things like green energy, EVs, and the like. In the case of Electrameccanica stock today, shares have begun rallying again, jumping from around $4.20 in the morning to over $4.50 shortly after.

One of the recent catalysts helping build sentiment is actions taken by Aegis Capital. The analyst firm maintains a Buy rating on the stock but upped its price target to $7 from $4. Considering that last year marked the official launch of its first retail locations and the arrival of the first production vehicle in the U.S., Electrameccanica could be a company to watch if EVs get recharged.

One of the bioteceh penny stocks to watch this year was Senseonics. The company has developed an implantable continuous glucose monitoring system for diabetes patients. This is the company’s Eversense® platform. Aside from the social sentiment, there are a few fundamental catalysts to account for. Senseonics continues receiving upgraded price targets from analysts. SVB Leerink boosted its $1 to $3 this month. Stifel increased its $1 target to $2.50, and maintained its Buy rating on the stock.

Furthermore, Senseonics was granted a patent for “remote analyte monitoring.” This adds to the suite of assets that the company has under its umbrella. In looking at some of its operations, Ascensia Diabetes Care has initiated Eversense® sales and marketing activities in Europe in select markets on February 1st. Something to consider is the company’s expansion plans for the year as well.

Tim Goodnow, PhD, President and Chief Executive Officer of Senseonics commented on this in the company’s last business update. “We believe Ascensia’s commercial experience and global footprint will help grow the market for Eversense in 2021 and beyond. We are working with Ascensia to further expand commercial activity in the coming months. These collaborative efforts include developing plans for new programs designed to raise patient and provider awareness, reduce patient cost, and continually expand global access for Eversense.”

One of the popular penny stocks on Reddit this year is Zomedica. First, speculative momentum increased thanks to anticipation of commercial sales for its TRUFORMA animal diagnostic device. Then a Cameo video surfaced featuring Carole Baskin of Tiger King. She mentioned the company and its product by name in a “pay for play” video ad. This got shared across social media. But what happened after that is something that likely made it a mainstay for the 1st quarter.

It was part of the Reddit-fueled breakout that many other stocks, including GameStop, were involved with. ZOM stock also had restricted access for a time on apps like Robinhood. All hype aside, the one thing traders have fixated on is TRUFORMA’s commercial launch. The company has been talking about it for months and has only just started reporting on the topic.

The first commercial sale of the platform was made this month. This marked a critical milestone for Zomedica. Now the focus is on scaling this. Can the company build upon this trend?

Is It Time To Buy Penny Stocks?

Other than social sentiment, traders will also pay attention to the market. Over the last few weeks, small-cap stocks have gotten a little beaten up. Take, for instance, the Russell 2000 Small-Cap Index ETF (NYSE: IWM). It reached a new record high a few weeks ago. But since then, it’s been in a downtrend to the tune of over 6%. That hasn’t stopped traders from finding penny stocks to buy. What’s more, the IWM has started bouncing during this short week. Will this mark a turnaround for small-cap stocks?

Looking For More On Penny Stocks? Check Out Some Of These Articles: 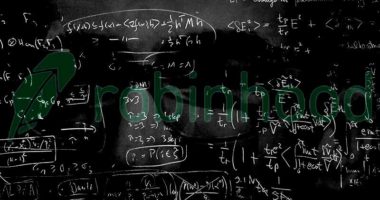 The research will be led by Prof. Dr. Gerhard Gründer, the only… 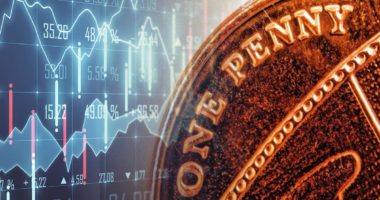 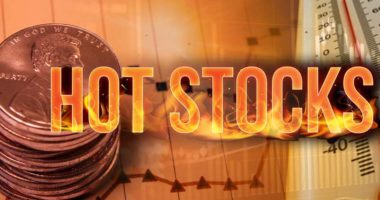 Does Your List Of Penny Stocks Have These 5 Names On It?