Best Penny Stocks To Buy On Robinhood? 3 Biotechs For Your Watch List

As far as biotech penny stocks go, the choices are almost limitless. But, just because there are many to choose from does not mean that they all have potential. Rather, it’s important to consider a few different things. For one, what does the company work on, and how large of a market opportunity does it have? How far along are the treatments in its pipeline, and does it have any current commercialization?

While investors tend to think of biotech stocks as pharmaceutical producers, the industry often can include vastly different business models. Many biotech companies engage in the production of medical devices, new products, and pharmaceutical compounds.

Can You Buy Penny Stocks On Robinhood?

Many of the millions of new traders that came into the market last year got an introduction to this industry. They also chose to do so by using apps like Robinhood. The main issue here is that most of the stocks available to trade are listed only on the Nasdaq and NYSE. For this reason, most of the OTC penny stocks weren’t accessible. This didn’t seem to deter anyone from looking for main listed penny stocks with exposure to biotech.

In fact, this sector became one of the best performers over the last year. Take a look at the SPDR S&P Biotech ETF (NYSE: XBI). It has more than doubled over the course of the last 12 months and is still up over 70% as of this week. Like all things in the market, there are periods where things cool down. In this case, we saw the XBI dip during the last few days.

There was an over 10% drop this week. But even with this as the case, some smaller-cap biotechs finished out stronger than some had anticipated. With all of this in mind, here are three biotech penny stocks to watch as March ends. I’ll leave it up to you to decide if they’ll be the best to buy before April.

Robinhood Penny Stocks to Buy [or avoid] Next Week

The company specializes in therapeutics and diagnostic testing. Aeterna is most known for its lead treatment, macimorelin. This is touted as the only FDA and European Commission approved oral test for diagnosing adult hormone deficiency. In the U.S., macimorelin is sold through a licensing agreement that Aeterna has with Novo Nordisk (NYSE: NVO). This offers royalties to Aeterna on all units sold. The company states that this test will soon be commercially available in Europe and the U.K. within the next few months.

This week, Aeterna announced its fourth quarter and full-year 2020 earnings report. CEO of Aeterna, Dr. Klaus Paulini, stated that “not only are we preparing to launch the pivotal Study P02 for the diagnosis of CGHD but we are working with the University of Queensland to explore the potential therapeutic use of macimorelin for the treatment of a serious neurodegenerative disease.”

During the quarter, Aeterna also managed to raise more than $50 million through both a closed bought deal offering and the exercise of warrants. This puts it in a very advantageous cash position and comes right after executing its exclusive option agreement with Julius Maximilians University. This will be for the evaluation of a potential vaccine for Covid-19. This now grants Aeterna an exclusive worldwide patent to the vaccine. The company has plans to develop an oral dosage form of the Covid-19 vaccine, which could be a game-changer if all goes well. Considering the focus on vaccine penny stocks right now, AEZS could be one to watch heading into Q2.

Fortress Biotech Inc. is another popular biotech penny stock. While the company is notable on its own, it has also founded several novels and publicly traded biotech businesses. For this reason, investors often consider it to be one of the more diverse biotech companies in the small-cap arena.

At the end of February, the analyst firm H.C. Wainwright restated its Buy rating on FBIO. Also, the firm posted a $10 price target for the company, representing a potential upside of over 150% from current levels. Other analyst firms like Dawson James have increased price targets to over $15 for FBIO.

Earlier in the month, one of its companies, Checkpoint Therapeutics Inc. (NASDAQ: CKPT), announced the formation of a new scientific review board. With this, it should be able to continue studying its drugs such as cosibelimab and CK-101. One of its other companies, Mustang Bio (NASDAQ: MBIO), also recently announced its full-year 2020 financial results. In this, Mustang highlighted its MB-106 compound, which showed an 89% favorable overall response rate in those with relapsed or refractory B-cell non-Hodgkin lymphomas.

Mustang also ended the year with nearly $100 million in cash and cash equivalents. So because it has such a broad base to work from, Fortress Biotech covers many areas of the biotech industry. While exposure alone is not enough to call it a penny stock to watch, its sizable pipeline and subsidiaries could put it into that category.

Allied Healthcare Products is, as its name suggests, a producer of healthcare products. This includes respiratory devices that are used across a variety of medical procedures. Additionally, it offers respiratory anesthesia products, medical gas regulation devices, disposable oxygen, and much more. Its products are marketed under a range of brand names.

This includes Timeter, Carbolime, Litholyme, and several more. While not much news comes out of AHPI, we can look at events in the past year to better understand the company. Given AHPI’s decades-long history in the medical devices market, we can use previous charts to understand why shares of AHPI are rising.

Back when the SARS outbreak occurred in 2002, shares of AHPI rose by more than 60% in a short period. Similarly, in 2009 when the H1N1 flu became widespread, shares of AHPI more than doubled. This is the result of investors surrounding a company that could have a relation to current events. In the biotech industry, speculation is often much more impactful than in other markets.

This is simply the nature of biotech. While Allied offers a large range of products, investors should consider the volatile nature of the stock in the past. The company has also shown declining revenue, income, and margins, which is not the most encouraging sign. Despite this, AHPI stock surged in after-hours trading on Friday. There weren’t any headlines or filings to immediately point at. So it will be interesting to see how things unfold come Monday morning. 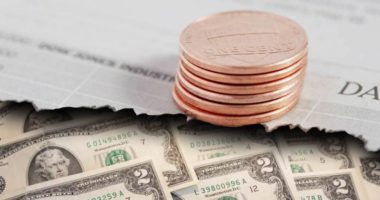 Penny Stocks Are ‘Cheap’ But Are They The Best Option For You? 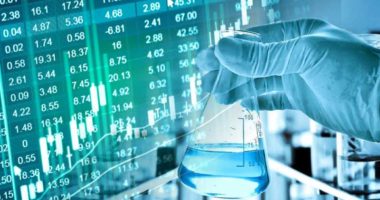 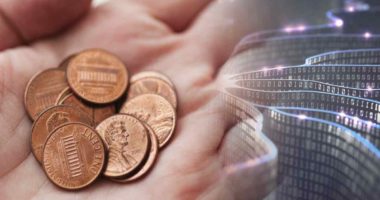 Looking for the best penny stocks in May 2021? Check these 5 out 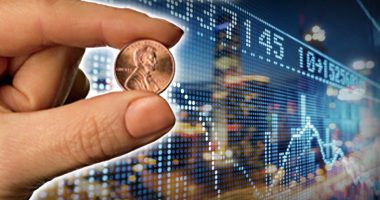