Some Of The Best Penny Stocks To Watch Early This Week

This week has started stronger than the last & we have plenty of trending penny stocks to watch as a result. Last week the markets sold off, with tech continuing its move lower. What’s more, over the weekend, new virus data had shaken some investors. The 7-day average of new cases reported jumped 2.6% on Sunday. Furthermore, states like Florida have begun enacting new restrictions due to the increase in travelers coming to the state for spring break.

Miami Beach authorities declared a state of emergency and reimposed curfews over the weekend. City Commissioner, David Richardson, said that much of the violence that had been the root of the curfews were likely based on pent-up demand from the pandemic.

Markets Are Mixed On Monday

But even with this as the case, it hasn’t halted progress in vaccine distribution. This has been one of the shining lights that essentially pushed back against negative sentiment. At least 81.4 million people have received one or both doses of a coronavirus vaccine in the United States. This data has brought cautious optimism back into the market even amid a time when rising bond yields have struck inflationary fear in the market.

As of premarket hours on Monday, both the S&P and Nasdaq futures pointed to a slightly green open. The Nasdaq 100 Index Futures e-minis were up by roughly 0.7%, with the e-mini S&P 500 Index futures up about 0.17%. We also can’t forget that stimulus money has begun flowing into the hands of Americans this month. One topic discussed is the idea that the cash will be used to fund trading accounts instead of paying for rent.

While I’ll leave that choice up to you, we did a little research last week. The thought of “stimmy stocks” based on the first round of stimulus seemed to resonate with some traders. You can read more on that here. In any case, this is the final full week of the month and 1st quarter. With that, there are some cheap penny stocks to watch early on.

Catalyst Pharmaceuticals had an active premarket session on Monday morning. Shares closed last week out at $4.37, but before the opening bell, CPRX stock had already lifted to highs of $4.85.

The penny stock had already been moving higher during the last few weeks, which was initially triggered by stronger than expected earnings news. Furthermore, late last week, analysts at Roth Capital raised their price target to $7. The firm currently maintains a Buy on the stock.

This week’s latest move doesn’t come without a catalyst of its own, however. The company announced that it would buy back up to $40 million of common stock. The Board-approved plan was based on the company’s strong balance sheet and recent earnings momentum.

Another one of the biotech penny stocks to watch this week could be Strongbridge Biopharma. Aside from its last round of earnings, which beat expectations, traders circulated other news that surfaced over the weekend.

Strongbridge presented detailed results from the previously reported Phase 3 LOGICS study of its RECORLEV® treatment. It’s being targeted in patients with endogenous Cushing’s syndrome. In particular, the results were presented at the Annual Meeting of the Endocrine Society (ENDO). It’s being held virtually from March 20-23.

“We are pleased to share these detailed results of the LOGICS study with the scientific community, which build upon the robust and positive data from our Phase 3 SONICS study and further demonstrate the overall treatment benefit of RECORLEV in adult patients with endogenous Cushing’s syndrome,” said Fredric Cohen, M.D., chief medical officer of Strongbridge Biopharma.

It’s also worth mentioning that a New Drug Application for RECORLEV was submitted to the FDA earlier this month. Considering these latest results and the pending outcome of the NDA, Strongbridge could be one of the biotech penny stocks to watch.

Leap is another name on this list of penny stocks trading higher after recent news. The immuno-oncology company announced the presentation of clinical data from its Phase 2 trial of DKN-01 in treating gynecological malignancies. The presentation will be at the Society of Gynecologic Oncology Annual Meeting on Women’s Cancer from March 19th to the 25th. The study enrolled more than 100 patients. Key findings showed strong results from the trial.

“The activity of DKN-01 in this study was comparable to the monotherapy data from other widely-used immuno-oncology or targeted therapies,” Rebecca Arend, M.D., MSPH, Associate Professor, University of Alabama at Birmingham O’Neal Comprehensive Cancer Center. “As DKN-01 was extremely well tolerated, additional studies of DKN-01 as a monotherapy and in combination with anti-PD-1 antibody therapy are warranted in endometrial cancer patients with DKK1 -high tumors.”

This news has sparked an early move in LPTX stock on Monday. Shares closed Friday at $2.46 and have already reached early highs of over $3, pre-market.

You might remember Acer from last week. The stock spiked on rumors of a potential merger. Soon after, ACER stock pulled back as details didn’t immediately surface. Fast-forward to this week, and the same merger topic is in focus. This time, however, the company actually came out with related news.

Relief Therapeutics (OTCQB: RLFTF) and Acer Therapeutics Inc. officially announced a Collaboration and License Agreement. This is for the worldwide development and commercialization of ACER-001. The treatment is a proprietary powder formulation of sodium phenylbutyrate being studied to treat patients with urea cycle disorders and Maple Syrup Urine Disease.

Chris Schelling, Acer’s CEO and Founder said, “Our collaboration with Relief will provide important resources and additional expertise to advance the development of ACER-001 toward our goal of bringing this product candidate to patients suffering from UCDs and MSUD. We look forward to partnering with the team at Relief to advance this program and to potentially provide a much-needed treatment option for patients with these rare and debilitating diseases.”

Like anything, penny stocks carry risk. Due to the lower prices, that risk is much higher than higher-priced stocks. But with so much momentum and an increase in retail trading activity, these cheap stocks have become some of the most popular in the market. If you’re looking for penny stocks to buy right now, make sure you have a good handle on the risk vs. reward of each trade. Furthermore, always do your research. With the uptick in interest for platforms like Reddit and Twitter, there’s a lot of noise out there right now.

If you’re brand new to penny stocks, here are a few articles to help get you started with the basics: 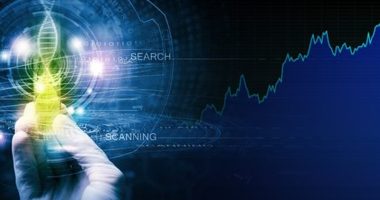 These Biotech Stocks Have Rallied This Week; Can They Head Higher? Penny… 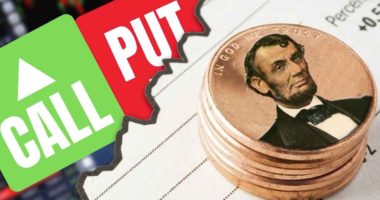 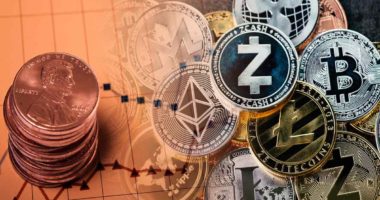 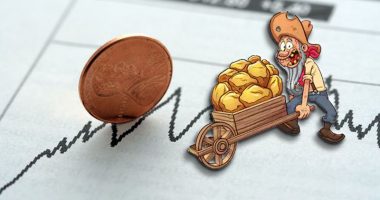