Are Penny Stocks Worth It? 4 On Robinhood For Your March Watch List

This year, a mix of momentum from penny stocks and retail traders grouping to “fight back at the suits” has triggered a unique market scenario. Where mom and pop traders were once considered “dumb money,” 2021 has been a much different case for the average trader.

This all came to a head when the great short squeeze of GameStop and more than a handful of other companies (including penny stocks) surged well-beyond all-time highs that were previously set. The Robinhood and Reddit armies triggered huge breakouts.

This year’s trading was already off to an interesting start, with small-cap companies leading the charge. Thanks to the new President, there has been a positive light shed on small businesses. In turn, we saw the small-cap markets surge. Case in point, the Russell 2000 Small-Cap Index ETF (NYSE: IWM) has far outpaced broader market ETFs like the S&P 500 (NYSE: SPY) and the Nasdaq ETF (NASDAQ: QQQ).

Just to give you an idea, year-to-date (including the recent pullbacks), the IWM is up 13% as of Tuesday’s close. The S&P’s SPY is only up 3% and the Nasdaq QQQ is actually down 1%, year-to-date. So where would you think the momentum is building right now?

In any case, March is off to a very volatile start. But that doesn’t negate the fact that penny stocks have remained a focus. With a clear strength in small-cap stocks right now, here are a few trending names captivating attention this week. Will they be on your watch list?

Penny Stocks On Robinhood To Buy [or avoid] #1: Express Inc.

Express Inc. was one of the companies on that list of Reddit penny stocks to short-squeeze earlier this year. In sympathy with GameStop, EXPR had also been identified as a company with heavy short interest. It’s also one of the epicenter penny stocks or “reopening stocks” that traders have been monitoring for a while as well. The apparel retailer had gotten struck thanks to last year’s pandemic. But a shift in focus to a more digital retail footprint has been a key to the company’s hopeful recovery.

This week, the company further emphasized its progress with the latest round of earnings. Express reported Q4 & full-year 2020 results on Wednesday. Though same-store sales were down 27%, the company delivered increased traffic and conversions to its eCommerce division. To this end, the company also announced a $1 billion plan for its eCommerce channel in 2024. The company was also able to reduce its four-quarter expenses significantly, versus last year.

“Over the past twelve months, we have effectively managed our liquidity while meaningfully advancing the EXPRESSway Forward strategy. We took appropriate action and made progress despite extraordinary circumstances and market conditions,” said Tim Baxter, Chief Executive Officer. “We are well-positioned to accelerate in 2021. I expect sales to continue improving sequentially each quarter, and that we will return to positive EBITDA in the back half of the year.”

With this progress, the market has reacted favorably to the news so far. The biggest question will be centered around the company’s ability to execute on its growth initiatives.

Vislink has been one of the penny stocks to watch for most of the year. Even though shares spiked up big and pulled back recently, VISL stock is still up significantly from the start of the year. Furthermore, those who pay attention to technical levels will see that the 50-Day Moving Average has conveniently acted as support during that time. Year-to-date, VISL shares are up 145% as of Tuesday’s close.

One of the core points of focus for the “reopening trade” has been communications and entertainment. Vislink develops products to enhance broadcast systems and related data. Expanding upon this model, Vislink announced that it joined the European Broadcasting Union’s 5G in Content Production Group this week.

“5G connectivity will be a key component in achieving the Connected Edge. The live production use case requires unique specs like high uplink capacity and very low latency,” said Mickey Miller, CEO of Vislink. “We look forward to being part of the working group that will help bring broadcast requirements to the 5G roadmap and ecosystem.”

We’ve discussed the idea of 5G penny stocks before. Given the rapid expansion of this technology and deployment globally, companies like Vislink could be the ones to watch right now.

As we know, eLearning has become a big focus of the market this year. Social distancing and lockdown measures forced most of the world to adapt to the times. Schools took up a digital approach to education, and communications companies have quickly shifted focus to building upon this digital infrastructure.

Like Vislink, as the world reopens, some of the pandemic-era trends won’t necessarily go away. They will likely evolve into somewhat of a hybrid model. In this light, companies like GTT could be ones to watch from a digital infrastructure perspective.

One of the penny stocks under $1 that we talked about yesterday was Castor Maritime. We discussed CTRM stock in light of the “reopening trade” and its focus on global commerce. The shipping company had also just announced the delivery of its newest vessel, the M/V Magic Venus. It also came with a new charter agreement. According to Castor, “The M/V Magic Venus is expected to commence employment under a time charter agreement on or about March 5, 2021, with a daily gross charter rate of $18,500 and an expected term of between minimum five to about seven months.”

Wednesday morning, CTRM stock broke above that $1 threshold for the first time in weeks. The move also came after another fresh update from Castor, which seems to have become an early catalyst. The company announced another vessel acquisition. This time it was a 2010 Korean-built Kamsarmax dry bulk carrier for a purchase price of $15.45 million. Delivery of the vessel is expected next quarter.

“We are very happy to announce our seventh vessel acquisition in 2021 with the addition of another Kamsarmax dry bulk vessel, our fourth, to Castor’s fleet. Our focus remains on deploying our capital and growing our fleet through timely acquisitions of vessels across shipping segments.”

As the world continues to reopen and things like oil and gas remain an actively shipped commodity, shipping stocks like CTRM could be ones to watch right now. 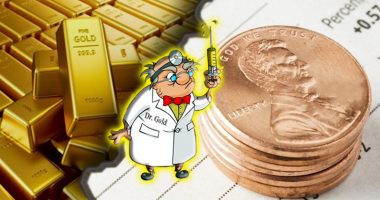 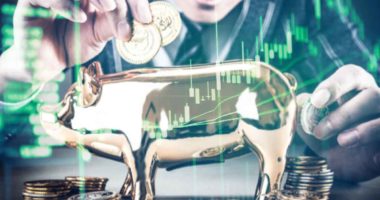 How to find penny stocks to buy 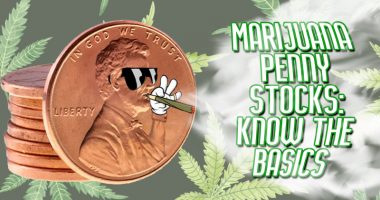 Every few years, some new industry comes along that has the potential… 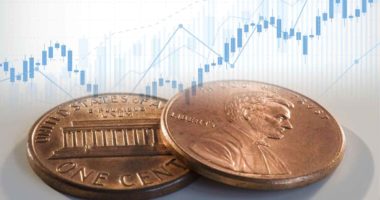