Making A List Of Penny Stocks To Watch This Week? 4 To Know

Looking For Penny Stocks to Watch? Check Out These 4

While February has not been the best month for blue-chip stocks, many penny stocks have climbed in the past few weeks. Right now, there are a few factors in play that are affecting the entirety of the stock market. In the third week of February, the jobs report was disappointing, leading to falling confidence among investors.

The report shows that more than 860,000 individuals submitted applications for unemployment benefits during the second week of the month. By midday on February 18th, the Dow Jones Industrial Average was down by around 200 points. Now, this makes sense given the large overvaluing of several blue-chip stocks of the past few months.

If you’ve been trading for a long time, you know that there are natural ebbs and flows in the stock market. And short term volatility is something that can be used to one’s advantage. So while many blue-chip stocks are down, there are plenty of penny stocks that are riding bullish momentum.

This is seen quite often, as penny stocks tend to trade individually concerning their blue-chip counterparts. So with this, investors should be searching for industries that will continue to bounce up in the future. This includes energy, cannabis, biotech, and more. With this in mind, let’s take a look at a list of penny stocks to watch in February 2021.

Kadmon Holdings is a biopharmaceutical company working on discovering and developing treatments for fibrotic and inflammatory diseases. This includes a large pipeline of compounds such as KD045, KD033, Clovique, and more. One of the aspects that makes KDMN interesting is just how broad its pipeline is. Many biopharmaceutical companies tend to stick to one or two compounds, where they then wait for FDA approval.

However, others have broadened the pipeline, allowing for more R&D and potential for widespread commercialization. While this is a positive for investors, it does involve a lot of capital infusion. To help with this, the company recently announced the closing of $240 million in convertible senior notes, which includes a full exercise of $40 million in over-allotment options. The company decided to increase the conversion premium of its common stock from 30% to 60%. Because of this, the company aims to reduce the effects of dilution on its stock overall.

Kadmon expects to bring in roughly $232 million in net proceeds at the end of the day after all costs are calculated. The company states that this funding will be used for the commercialization of belumosudil. This is the company’s treatment of chronic graft-versus-host disease in the U.S. The funding will also go toward general corporate purposes and the research of other drugs in its pipeline.

FBIO is a penny stock that we’ve been discussing for many months. The company has a large pipeline of treatments for anything from ringworm to multiple myeloma. In its product pipeline are substances such as Targadox, Exelderm, Ceracade, and others. Fortress also has companies that it has helped found in other biotech industry areas. This includes companies developing pharmaceutical, oncology, and therapeutic compounds.

A few days ago, Dawson James Securities upped its price target for FBIO from $16 to $21. This represents a price forecast that is up by almost 430% on its recent levels. Meanwhile, the company has been working on the submission of a new drug application to the FDA for its CUTX-101 substance. The company states that it could begin the approval phases as soon as the end of the second quarter of 2021.

In addition to this, the company is studying its cancer treatment known as Cosibelimab. The goal is to have full enrollment in its study by the end of this quarter. As you can see, FBIO has a lot going on for itself right now. But, this is something that investors tend to look for in a biotech penny stock. With all of this in mind, is FBIO worth watching?

Corbus Pharmaceuticals is another penny stock that has continued to come into the spotlight in the past few months. The company has been making headlines in the past year or so for its work on cannabinoid-related drugs. This has earned it a place in the marijuana stock industry, despite not being involved with the cannabis plant specifically. The company’s lead product candidate is known as lenabasum, an oral, cannabinoid receptor type 2 agonist.

This substance is used in the treatment of chronic inflammatory and fibrotic diseases. As several studies have illustrated, cannabis and its compounds can have an incredible anti-inflammatory effect on patients. Because of this, lenabasum is in evaluation for its potential in treating a wide range of ailments. In its last financial report, the company posted a challenging quarter in the midst of the coronavirus pandemic.

While Corbus does not put out a great deal of information on a regular basis, the company looks like it is continuing with several trials right now. Because of the overall focus on biotech penny stocks, CRBP could be worth watching.

This week Histogen announced week 26 HST-001 study results for treating androgenic alopecia in men. According to the company, HST-001 was safe and well-tolerated, demonstrating a “statistically significant” change from baseline in total hairs in the target area.

“With this data in hand, we have begun planning for a more substantive clinical trial in men with androgenic alopecia with the goal of determining the best clinical pathway for future registration trials. We anticipate the trial will commence in the second half of 2021.”

With this new data in hand, the sentiment was more upbeat this week. Furthermore, the company’s Investigational New Drug application package for a Phase 1/2 clinical trial of HST-003 is still yet to have an FDA outcome reported. This is the company’s hyaline cartilage in combination with a microfracture procedure platform. The FDA explained that it would provide written notice by February 12th. Nothing has been recorded recently. 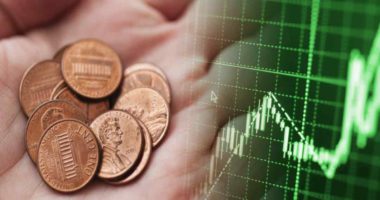 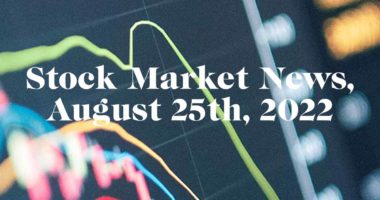 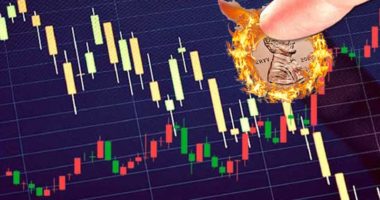 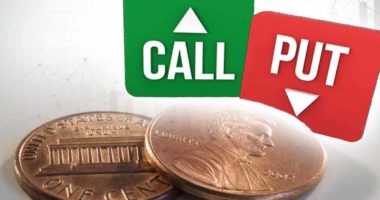 Are options traders right about these penny stocks?