With February in full swing, investors are still searching for the best biotech penny stocks to buy. At first, finding the biggest daily gainers may seem like the easiest way to start. But, with so many options, this is only one step of the process. Right now, we have to consider several current events before making a final decision.

On the one hand, recent data has shown that the Covid pandemic may be lessening in severity. Whether this is due to the vaccine or a combination of stay-at-home orders and mask mandates remains to be seen. But, with this, many industries could begin to bounce back slowly. Because of the focus on the virus right now, biotech penny stocks continue to be quite popular.

One aspect we have to consider is the $1.9 trillion stimulus package currently on the table. While this could boost economic activity in the short term, investors should also consider its long term effects. Additionally, reports for January job activity in the U.S. are showing relatively positive signs for the future. Last month, nearly 49,000 jobs were added. Also, the unemployment rate fell to nearly 6.3%, which beats out several economists’ expectations. Obviously, we have a long way to go before we are out of the woods, but the current data is definitely encouraging.

Also, keep in mind that the biotech industry is on fire right now. Friday saw benchmark ETFs like the Nasdaq Biotech ETF (NASDAQ: IBB) hit new, all-time highs. In the last week, the IBB limbed nearly 4%. So, with much more excitement in the industry itself, it might not be a bad idea to have some industry stocks on watch this month.

We’ve covered Titan Medical several times in the past few months due to the bullish sentiment surrounding it. The company is working in the robotics field. In its product pipeline are several unique and advantageous breakthroughs. This includes the Enos System, which offers 2D/3D vision systems and multi-articulating surgical instruments in one ergonomically designed work station. Titan is also working on licensing its products to outside companies wishing to utilize its systems.

Late last year, the company gave an update to pending milestones related to its Enos System. David McNally, Titan’s CEO said, “During the first quarter of 2021, we plan on further communications with the FDA, including filing a Pre-Submission, with the intent of clarifying any requirements for our planned Investigational Device Exemption studies and any potential impact on previously established timelines and forecasted costs.”

On Wednesday, February 3rd, the company announced an upsizing to a previous bought deal offering. This is quite common as financial, and capital needs can change rapidly. Titan said that it is increasing the offering to around $20 million in gross proceeds. This consists of selling 8.335 million units at $2.40 per unit. As we’ve seen many times, the practice of capital raising in the biotech industry is quite popular. While Titan Medical does have commercialized products, this capital could help advance its R&D opportunities. Obviously, dilution is always on the table; however, the current trend is hard to ignore.

Another biotech company on the radar right now is Titan Pharmaceuticals Inc. TTNP stock shot up by around 3.7% at midday on February 5th. While no news came out during the trading day, we can examine its business model to determine why it may have jumped. For starters, Titan Pharmaceuticals is a biopharmaceutical company, as the name suggests.

The company develops a large range of therapeutics for use in treating chronic diseases. In its pipeline are drugs such as ProNeura, a proprietary drug delivery platform that allows for long term bodily absorption. Additionally, the company is developing a platform known as ProNeura-Ropinirole, which acts as an implant in the body, providing a consistent ropinirole stream. This is used in the treatment of Parkinson’s, among other ailments.

This week, the company announced that it received positive early study results, allowing it to move forward with its JT-09 ProNeura program. Dr. Beebe DeVarney, COO of Titan, stated that “these additional early positive data provide strong support for us to move forward with our planned non-clinical proof-of-concept study of JT-09 ProNeura implants in this animal itch model. This is an important next step for Titan Towards developing a new treatment modality for moderate to severe pruritus.”

Transenterix Inc. is one of the bigger gainers on this list, jumping roughly 10% by EOD on February 5th. The company offers a digital interface for non-invasive surgery. This is known as Digital Laparoscopy. With this digitization, surgeons can ensure that these non-invasive surgeries are done more accurately and with little room for error.

The system labeled the Intelligent Surgical Unit allows for machine vision and complete robotic surgery. Also, Transenterix offers the Senhance Surgical System, which operates in a relatively similar manner. Because of the emphasis on healthcare right now, Transenterix has not been as adversely affected by the pandemic as other publicly traded companies. But, investors should keep in mind that TRXC stock is relatively volatile.

A few days ago, the company announced that it had closed on an almost $80 million bought deal offering of common stock. The deal consists of roughly 26.54 million shares at a public offering price of $3 per share. With this, it should have enough capital for general corporate purposes and further product development. With any biotech company, capital is the main necessity for growth. Even though Transenterix is producing revenue from its device sales, costs for research and development remain high. With this funding, investors should keep a close eye on TRXC’s pipeline development.

Another solid gainer of the day on Friday is Celsion Corp. By EOD, shares of CLSN stock had shot up by roughly 12.4%, ending the day at $1.72 per share. On January 28th, Celsion filed a provisional patent application for a large range of DNA-based vaccines. Its vaccine technology known as the PLACCINE Platform could potentially allow for expedited vaccine development. This could be utilized in the current pandemic, as well as for other vaccine needs. The vaccine platform works by optimizing the body’s immune response and reducing the virus’s efficiency in question. This platform is an extension of the company’s existing TheraPlas delivery technology.

For some context, TheraPlas is already in a Phase II trial to treat ovarian cancer with Celsion’s GEN-1 compound. Khursheed Anwer, the Chief Scientific Officer for Celsion, stated that “this patent, if granted, provides protection to expand upon our synthetic, non-viral TheraPlas devilry technology to produce potentially broad and long-lasting robust antibody-mediated protection against infectious agents with pandemic potential.”

[Read More] 5 Cheap Penny Stocks To Buy Under $5, Are They Worth It?

Because this platform is not specific to Covid, the short and long-term applications remain very broad. This is a major positive to consider for the future. While it may take some time to see the approval of this vaccination platform, in the meantime, CLSN could be a penny stock to watch.

Akebia could be another one of the biotech penny stocks to watch next week. Not only did it see after-market momentum Friday, but key milestones also have acted as strong catalysts this year. Specifically, the focus has been on its investigational oral drug, vadadustat. In particular, research has begun to see if it can help prevent acute respiratory distress syndrome (ARDS) in COVID-19.

This year, Akebia was awarded $5.1 million in funding from the U.S. Department of Defense to expand the Phase II clinical trial. These trials will be conducted at The University of Texas Health Science Center at HoustonQ. What’s more, only 4.2% of all submitted applications were awarded funding in this program.

Aside from indications for the virus, the company recently completed its global Phase III clinical trial development to treat anemia due to chronic kidney disease. In particular, this was in patients on dialysis and not on dialysis. Akebia anticipates submitting a New Drug Application for vadadustat to the FDA for these indications this year. So, with several irons on the fire and strong momentum behind the recent move, it could be one of the biotech penny stocks to watch next week.

Like all investments, penny stocks involve risk. However, when you pair a high-risk asset like stocks under $5 and a higher-risk industry like biotech, it can make for an “interesting” scenario. Speculation is a huge part of trading stocks like these. The anticipation of trial results and approvals is paramount when planning how and when to buy. Ensure that if you’re looking for biotech penny stocks right now, you understand the scope of each trade’s industry and risk profile. 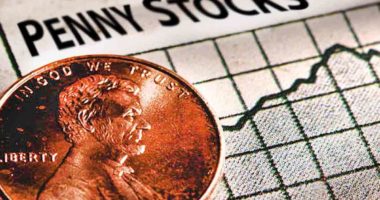 Penny stocks to buy right now according to analysts. 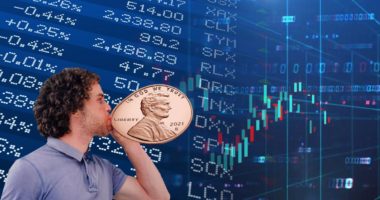 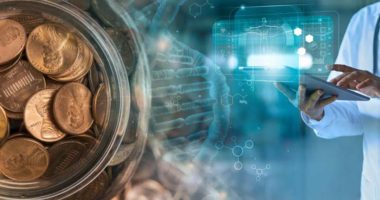 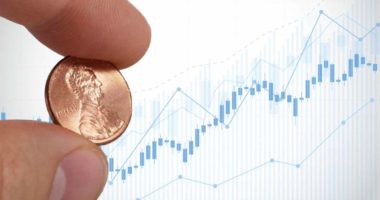 Former penny stocks that hit it out of the park in 2021.