Did Elon Musk Trigger A Breakout For Penny Stock SIGL?

If there are a few things we know about penny stocks it’s that they are volatile and highly speculative. Traders that are putting together a list of penny stocks right now, likely consider a few things initially. These might include technical trends on a chart or even fundamentals of certain companies. They might even look for the latest market trends. This week, for example, we saw 5G penny stocks begin to gain ground.

But what about rumors? Plenty of times throughout recent history, rumors or even knee-jerk reactions to certain company names triggered epic rallies in stocks. Those who’ve been trading long enough will remember when Twitter (NYSE: TWTR) was about to go public.

November of 2013 was when the company did its IPO. Leading up to that, investors thought they were being “smart” by picking a stock symbol they speculated would become Twitter’s new public home. These traders did nothing more than look for letters of what “could be” Twitter’s symbol and found a nearly worthless stock of long-dead electronics retailer Tweeter.

Was there money made amidst the confusion? Of course, but as many traders feared missing out on buying Twitter as a penny stock, more buying came into the stock just from rumors sending shares rapidly higher. But then reality swiftly stepped in with the social media company refuting the information, and ultimately, going public under a different symbol. The result was an aggressive drop in Tweeter shares with plenty of bag holders in its wake.

Not The First Time Penny Stocks Had Mistaken Identity Crises

This isn’t the first and obviously not the last time something like this has happened or will happen. Other notable “mix-ups” came when Zoom Video (NASDAQ: ZM) was about to go public. A company called Zoom Technologies (f/k/a/ ZOOM) attracted traders who speculated that Zoom Video would begin trading under the stock ticker “ZOOM” (See: A Penny Stock Jumps 14,900% After Mistaken Identity).

Once again, when reality hit, bag holders were created. This is a big reason why we always discuss research to a fault. Most novice traders who get caught up in the hype forget or neglect the fact that A. stocks don’t go up in a straight line. Also, B. stocks that jump in such an aggressive manner rarely stay at those levels without pulling back.

Is Signal Advance Inc. The Latest Penny Stock With A Mistaken Identity?

Here we have a possible case of mistaken identity in the epic breakout experienced by Signal Advance Inc. (OTC: SIGL) this month. First, it’s a company that hasn’t released news in over 5 years. The Pink Sheet listed company also stopped reporting to the SEC in 2017 after filing a Form 15 to voluntarily suspend its SEC reporting obligations. Since it doesn’t report to the SEC, you won’t find any 10-Q submitted to the exchange (Read More On Filings: Penny Stocks & Due Diligence: Understanding Important SEC Filings). However, it has continued posting quarterly and annual reports with OTC Markets.

So let’s take a look. In its OTC Markets Quarterly report, Signal showed a net income of $6,254,097 for the 9-month period ended September 30, 2020. However, as stated in its report, “The Company is currently conducting operations but has not yet generated sufficient operating revenue to fund its development activities. The Company has relied on funding by the Company’s President and the sale of its common stock. There is a substantial doubt that the Company will generate sufficient revenues in future years to meet its operating cash requirements.”

Last week Tesla (NASDAQ: TSLA) CEO Elon Musk pushed his followers on Twitter to “use Signal.” This was in response to the growing interest in getting away from mainstream messaging platforms like WeChat and iMessage. He was referencing the encrypted messaging app, “Signal”. Traders apparently took that as the go-ahead to buy shares of a company with “Signal” in its name. In this case, Signal Advance Inc. became the center of attention.

While Signal Advance and the Signal App have nothing to do with each other, traders have flocked to the stock in droves. Shares of SIGL were trading around 60 cents on the date of Musk’s tweet. Since then, the penny stock has managed to move as high as $70.85. In 3 trading sessions, the SIGL stock price climbed as much as 11,708%.

We saw a similar scenario on a much smaller scale when we discussed the mistaken identity that one small OTC penny stock “LCDX” had last summer. Traders were searching for Lucid Motors’ stock and in that case, found Caliber Imaging and Diagnostics (OTC: LCDX). It was formerly named Lucid Inc. As you might imagine, LCDX saw a huge yet fleeting move in the market. Shares rallied from around $0.60 to highs of $6.40 within a few weeks’ time. Once traders found out that Caliber (obviously) wasn’t Lucid Motors, the stock came crashing down (See: Penny Stocks & Mistaken Identity? Lucid Motors In Focus).

Where Does Signal Advance Go From Here?

The question of the day is what comes next for the SIGL stock price? Signal Advance hasn’t come out with any formal statement with regard to the “unusual activity” in the market nor has the Securities & Exchange Commission weighed in. However, the Signal app has come out with a formal statement via Twitter clarifying its relationship to the stock (or lack thereof):

As you can see, Signal – The App – is not Signal Advance. Even in light of this Tweet on January 8, 2021, the SIGL stock price continued its aggressively bullish trading trend on Monday. Even after dropping more than 50% from its high, the former penny stock maintained levels above $28 per share throughout most of the session.

So where does SIGL stock go from here? It’s obvious that the Signal app and Signal Advance are not one in the same. But do investors somehow see something in Signal Advance that would suggest it to remain one of the penny stocks to buy right now? It’s hard to say and with that previously discussed “going concern,” the future potential of Signal Advance is that much more uncertain in my opinion. Leave a comment below with your thoughts. 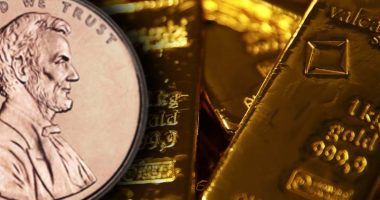 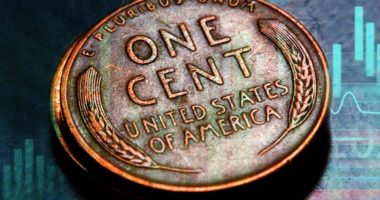 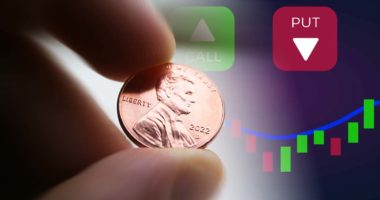 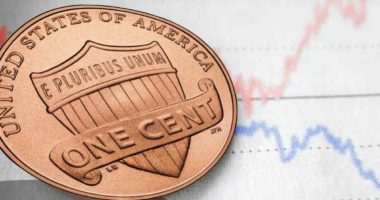 Trading Penny Stocks? These 3 Pulled Back In April; Time To BTFD?