Some Of These Penny Stocks Are up Big This Quarter. Are New Highs Coming Before 2021?
Total
6
Shares
Share 4
Tweet 0
Pin it 2

During the second week of December, several penny stocks have rallied in a big way. This is likely due to several key factors that investors should know about. The overarching theme in the market right now and for the past six months has been COVID. It has affected both penny stocks and blue-chip stocks since the beginning of 2020. Now, around ten months or so after the start of the pandemic in America, the combination of vaccine approval and a stop-gap funding plan from the Fed could both mean positivity for penny stocks. For this reason, let’s take a closer look at both of these factors.

On Thursday, an independent panel of reviewers decided that the vaccine produced by Pfizer Inc. (PFE Stock Report), is safe for emergency use authorization. The news of this approval follows both the U.K. and Canada authorizing similar vaccines for emergency use. What this means overall is that we could be nearing the end of this pandemic. How long it will take for it to completely end remains unknown. But, this is undoubtedly good news amongst months of waiting and rising death tolls.

Second, the feds approved a stop-gap funding plan which will help to stop a potential government shutdown for around a week or so. With these two pieces of news hitting the market in only two days, there could be a lot of positivity for both penny stocks and the stock market as a whole moving forward. With all of this in mind, let’s take a look at some penny stocks to watch as a covid vaccine hits the U.S.

22nd Century Group Inc. (XXII Stock Report) is one of the leading gainers on December 11th, posting around 20% in gains by midday. For some context, 22nd Century Group works a plant biotech company specializing in hemp/cannabis and tobacco. In the past few years, the company has been working on producing cannabis with variable levels of cannabinoids as well as tobacco with lower levels of nicotine. The company states that it is able to produce a tobacco cigarette with 95% less nicotine than traditional cigarettes. This sparks a great deal of interest from investors as cigarette use is a major cause of health concerns around the world. In addition, the growing number of consumers using cannabis means that interest in its cannabinoid technology could be a major breakthrough.

Recently, the company announced that it has been working on a product known as Spectrum research cigarettes. These are being produced in a collaboration with the FDA, NIDA, and the CDC. In the history of the program until now, 22nd Century Group has produced around 28 million Spectrum cigarettes for research purposes. Earlier this week, XXII announced that it received an order for 3.6 million Spectrum cigarettes for research in the U.S.

Also, keep in mind that the company has plans to identify a plant-based franchise with similarities to the hemp/cannabis plant. 22nd Century is in the process of securing IP around this franchise. With this, it seems as though the company has a unique and advantageous place in the tobacco and cannabis industries. Furthermore, XXII stock has climbed as much as 342% this quarter thanks to Friday’s high of $2.83. Due to this strong move, it could be one to watch heading into the new week.

Iterum Therapeutics PLC (ITRM Stock Report) is a clinical-stage pharmaceutical company working on anti-infective drugs. The company states that its lead compound known as sulopenem will be used in Phase 3 clinical trials to monitor its efficacy in treating bacterial illnesses. On Monday, December 7th, the company stated that it filed a U.S. patent for its drug sulopenem etzadroxil and probenecid.

Corey Fishman, CEO of the company stated that “If approved, this U.S. patent application related to the bilayer tablet, which includes both sulopenem etzadroxil as well as probenecid, could provide U.S. patent coverage for Iterum’s commercial formulation out to 2039, excluding any additional term for patent term adjustment or patent term extension, thereby extending the current patent protection afforded by the existing sulopenem etzadroxil patent estate. We anticipate additional patent filings in countries outside the U.S.”

With Phase 3 trials on the way, the company looks like it could work toward approval in the coming months. In the meantime, investors should keep an eye on Iterum Therapeutics. In the past month, shares of ITRM stock shot up by around 71%. This is a solid amount of positive momentum and shows that investors may have confidence in the future. One thing to keep in mind is that ITRM stock is quite volatile, but after last week’s move, it could be another one of the penny stocks to watch next week.

Xeris Pharmaceuticals Inc. (XERS Stock Report) is a specialty pharmaceutical company. Xeris is working on producing ready to use injectable drug formulations. On December 11th, the company stated that it received a positive CHMP recommendation for its drug known as Ogluo. If the substance does receive approval, Ogluo could go on sale commercially in Europe during the latter half of 2021. For some context, this injectable drug is utilized in patients who suffer from diabetes.

Paul Edick, CEO of the company stated that “the positive CHMP recommendation brings us one step closer to offering a new, simple and reliable treatment for patients in Europe who are at-risk for a severe hypoglycemic event. We look forward to the European Commission’s decision and the opportunity to potentially change people’s ability to confidently respond to a severe hypoglycemic event in a timely manner.”

Last year, the company stated that it received regulatory approval in the U.S. for its drug GVOKE. With this, it seems as though the company has been able to show its expertise in the production of diabetes-related substances. While it has yet to receive the approval for Ogluo, it looks like things are going in a positive direction. Furthermore, Friday’s big surge saw XERS stock trade one of its highest share volume days since September. All things considered, investors can choose whether or not XERS stock is one to watch right now.

Torchlight Energy Resources Inc. (TRCH Stock Report)  is another major gainer from Friday, posting around 18.1% during midday trading. While there wasn’t any specific news relating to this gain, the company has a lot of projects currently in the works. As an oil and gas exploration company, Torchlight is benefitting from an increased bullish sentiment from vaccine hopes. During the pandemic, oil and gas consumption has understandably been down by a large amount.

But, with a vaccine hopefully seeing approval by EOD on December 11th, energy penny stocks seem to be moving upward. Currently, Torchlight states that it is working on both West and Central Texas. These areas are known for having high concentrations of these resources. Recently, the company announced that it has commenced on a blowback process for its Hazel Project.

The company states that flowback usually takes a solid amount of time as the volume of water that needs to flow through is great. But, the announcement of commencing a flowback program is something that has given investors a good deal of confidence in the company. Currently, investors are watching energy penny stocks for a potential post-covid boom. For TRCH stock, investors should keep an eye on what is happening with covid-vaccines in the U.S. While it may take a while to see these vaccines be widely available, fuel consumption could go up in the meantime. What’s more, is that TRCH stock has climbed as much as 220% this quarter thanks to Friday’s move to highs of $0.808. With all of this in mind, TRCH stock could be another one of the penny stocks to watch. 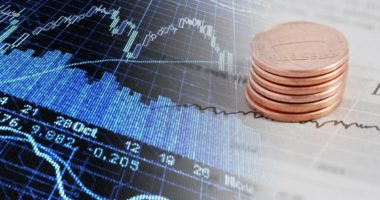 Why investors are watching these top penny stocks right now 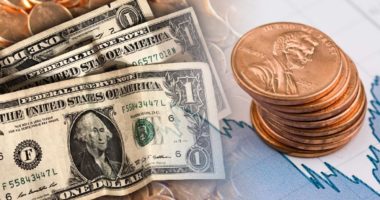 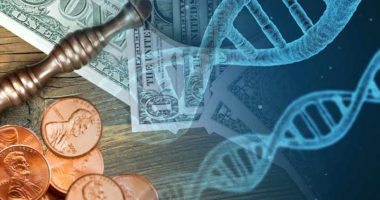 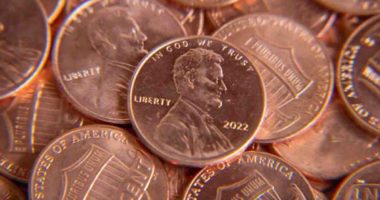 Penny stocks to buy right now? Check out these 4 to watch.